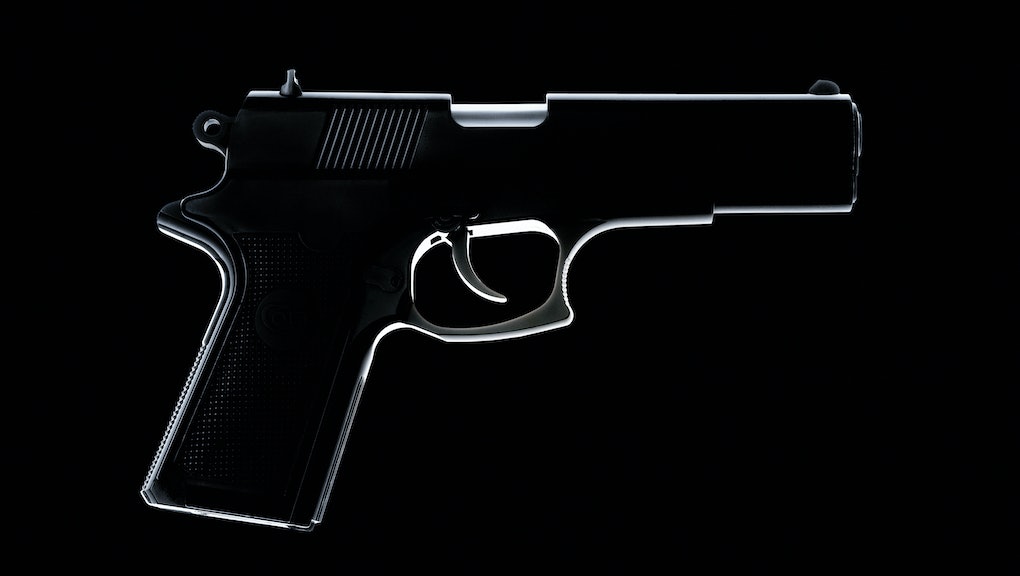 Despite lockdowns, gun violence actually rose in some cities

Media outlets have pointed to one bright spot amid the devastation wrought by the novel coronavirus — most types of crime have declined. Yet shootings persist, often in the Black and brown communities disproportionately impacted by the pandemic, according to recent findings. Experts say the toll that COVID-19 has taken on them has only facilitated violence.

The outlet’s analysis of police department crime data revealed that gun violence rates amid shelter-in-place directives in Tucson, Dallas, Nashville, and Philadelphia, were higher or around the same as those during the same timeframe in preceding years, although rates of other violent crimes dropped. Gun violence rates fell but still outpaced rates of other violent crimes since shelter-in-place directives took effect in Los Angeles, New Orleans, Washington, D.C., Chicago, and Baltimore.

Gun violence often occurred in the primarily Black neighborhoods especially beleaguered by the pandemic, The Trace noted. Thanks to a long history of racism, COVID-19 has killed Black Americans at inordinately high rates, per the New York Times.

Reporters have begun unravelling the dual impact of COVID-19 and gun violence. A Chicago Tribune investigation discovered that Chicago zip codes with the highest coronavirus infection rates have the highest violence rates, too; they tend to be communities of color. More than 2,000 miles away, Richmond, California, a city with sizable Black and Latinx populations, has seen a spike in gun violence, with at least 15 shootings from the beginning of shelter-in-place orders in mid-March to late April, according to The Guardian.

Experts have proposed various explanations. Daniel Webster, director of the Johns Hopkins Center for Gun Policy and Research, for instance, told The Trace that sheltering-in-place allows perpetrators to commit gun violence free from the gaze of bystanders or law enforcement.

The poverty caused by the pandemic can also perpetuate the cycle of violence, Erica Ford, founder of LIFE Camp, a violence prevention and intervention organization based in Queens, tells Mic. And based on unemployment figures and other data from past recessions, the COVID-19 economic downturn will likely hit Black Americans the hardest, and may have already begun to do so.

“When you don’t have, you take from somebody who has,” Ford says. Parents may become incarcerated as a result, leaving their children vulnerable. Or, a primary breadwinner might die of COVID-19, which can also have dire consequences. The schools, recreation centers, and other venues that at-risk youth once turned to have closed to maintain social distancing, and outreach teams can’t work with them the way they normally would, CBS News reports.

“If you can’t pay rent, buy food for your family, or take care of your children in the way in which you want to, the anger, frustration, and disparity is going to lead to more violence,” Ford explains. A parent can take their emotions out on their child or partner, and indeed, domestic violence seems to have increased amid shelter-in-place orders. Meanwhile, these folks aren’t getting the support they need to overcome their trauma, Ford says: “Hurt people hurt people.” In other words, violence can spread, not unlike the novel coronavirus.

LIFE Camp uses the Cure Violence model, pioneered by epidemiologist Gary Slutkin, which approaches gun violence as a public health issue. Ford and her team collaborate with dozens of organizations to stop possibly deadly conflicts in 22 high-risk communities throughout New York City. In other words, “we confront the violence before 911 calls are made,” which can look like talking perpetrators down, or snatching a gun from their hands, she says.

“If that person puts down the gun down forever, that’s better than having them incarcerated. We don’t believe in turning people into the police. We believe in resolving the mindset people have that makes them pick up a gun in the first place.”

LIFE Camp also provides social support, such as job readiness training and mental health services, and has begun teaching financial and other classes online in response to the pandemic. It targets people most likely to be victims or perpetrators of gun violence for outreach. Slutkin told CBS News that such individuals tend to get pulled into future shootings, similar to how someone exposed to a COVID-19 patient has a higher risk of contracting the disease.

“When you begin to look at all these different impacts [of the pandemic], I don’t see a good outcome for our community, unless something drastic is done,” Ford says. She believes communities of color need a bail out of people, not companies, as well as compassion and empathy from police departments. “I see a lot of people being brutalized for ‘not having a mask on.’”

Tragedy rarely affects us equally. The intersection of two tragedies — COVID-19 and gun violence — in Black and brown communities is a particularly glaring, and unjust, example.

More like this
These organizers are fighting to make sure non-English speakers get vaccinated, too
By Vanessa Taylor
Your smaller pandemic friend group is actually a good thing
By Joseph Lamour
“Panny,” “panettone,” “panini”: Why silly pandemic nicknames are getting us through it
By Melissa Pandika
Stay up to date