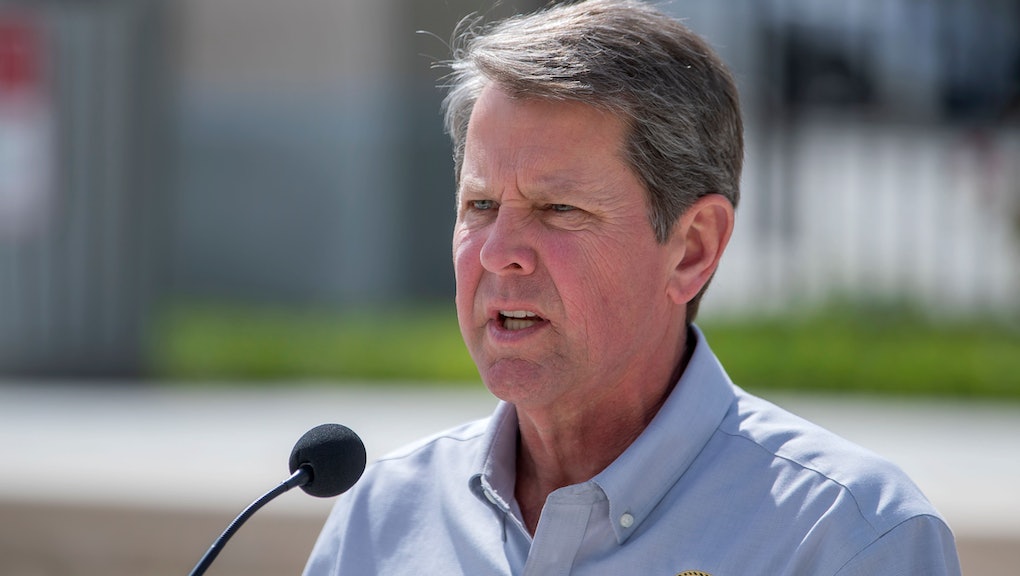 Despite the risks, Georgia is set to reopen movie theaters next week. Will people even go?

As protests rage across the country to re-open the economy despite a surging death toll, Georgia Governor Brian Kemp is charging ahead with plans to open up the state. On Monday, Kemp announced that he plans to allow a number of businesses to re-open as early as this Friday, including hair salons, bowling alleys, gyms, massage therapy studios, and tattoo parlors. He’s given movie theaters and restaurants the go-ahead for April 27.

Aside from the evident public health risk — each of those businesses involves direct contact with another person, or a surface touched by another person — there don’t appear to be any movies for these theaters to show. The new release calendar has been completely cleared out until June and July, when Judd Apatow’s The King of Staten Island and the rescheduled Mulan are set to debut. Although a number of drive-in theaters are operating to high demand right now, just one Florida drive-in has been reporting box office numbers on a pair of small IFC releases. Otherwise, business has moved on-demand for the time being, with films like Trolls: World Tour and The Way Back premiering to a $19.99 rental price. They may just have to recycle some of those winter releases, or turn to some old favorites before anything new can be released.

But theaters must confront a number of challenges and precautions before they can begin to think about re-opening. The major chains, including AMC, Regal, and Cinemark, have furloughed employees or face broader financial turmoil. According to a Variety report, major movie theaters in Georgia aren’t going to re-open next week, citing liability concerns should moviegoers contract the virus at their theater and concerns about there even being demand right now. When they return to work, it will likely take a period of weeks to train employees on heightened sanitation practices before opening to the public, possible temperature checks, and low capacity limits — such as the proposed guideline of 10 people per business — may render it impractical.

Although new COVID-19 cases in Georgia had been declining for three straight days to one of its lowest counts, the number of new cases surged back to the second highest single day total with 1,242 cases on Monday. The state reported 94 additional deaths from Sunday into Monday, as the Georgia death toll rose to 775. Kemp’s all but admitted that plans to open the state will sacrifice lives at the altar of the markets, telling CNN on Monday that “we’re probably going to have to see our cases continue to go up.”

Kemp, who just learned that asymptomatic persons could carry and spread the virus on April 1, has forged ahead with this plan to the surprise of mayors in his state’s hot spots. Atlanta mayor Keisha Lance Bottoms encouraged her city’s residents to stay inside despite the new instructions, and claims that she was “perplexed” and “at a loss” over his decision to re-open as cases see-saw in the state.

While desperate ploys to re-open the economy largely serve to placate the president and counter the warnings of public health experts, it leaves business owners, state, and local officials flying blind to determine the best path forward. The national response to the pandemic has been fractured and significantly varied in effectiveness from state to state, and there’s no reason to believe the recovery efforts won’t look exactly the same.