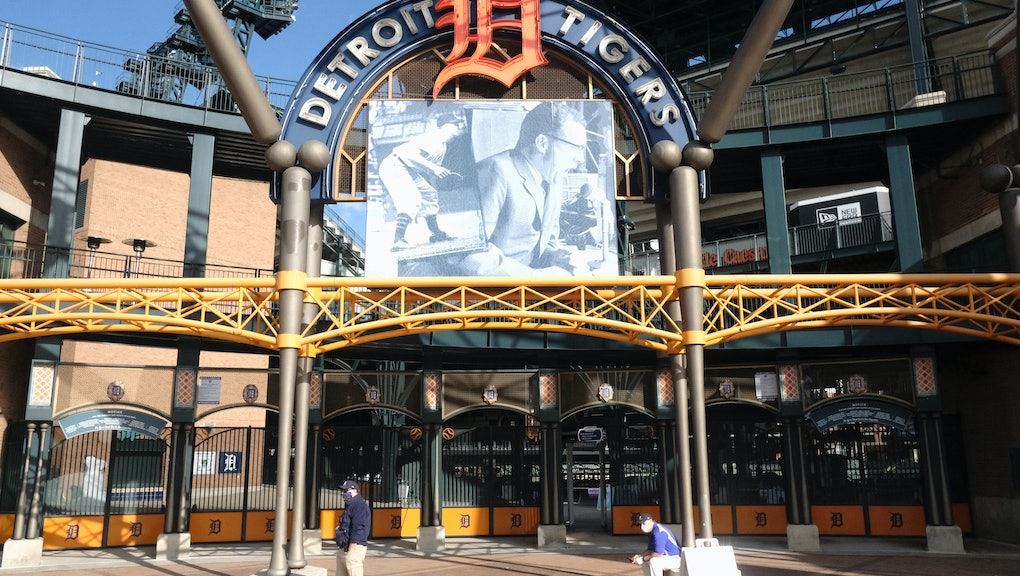 It takes an incredible amount of chutzpa to look an entire city in the eye in the middle of a catastrophic pandemic and say that, yes, we did indeed turn down a shipment of crucial, deeply-sought-after vaccine doses — but only because we'll accept nothing less than the very best for our beloved community, so let's just dump the b-list stuff on the hoi polloi out in the hinterlands, okay?

That level of unmitigated hubris was on full display this week in the motor city when Detroit Mayor Mike Duggan announced that he had declined a shipment of more than 6,000 doses of Johnson & Johnson's one-shot Coronavirus vaccine. He shared his reasoning in a press conference, saying, "we are gonna protect Detroiters with a 95% vaccine," a reference to the incredibly high efficacy rates of other vaccine lines from Moderna and Pfizer. The Johnson & Johnson vaccine, meanwhile, is around 65-72% effective against moderate COVID infections (depending on the study) and 85% effective against severe infections.

According to the Detroit Free Press, Duggan's office attempted to justify his dismissal of the Johnson & Johnson vaccine as being unnecessary for the time being, while the city still possessed enough of the other two vaccine lines to cover the inoculation appointments currently on the books. He said he would start offering the Johnson & Johnson doses in the future. Duggan also stressed during his press conference that the more-effective, two-shot options were a better fit for his community since "in the city of Detroit, you’ve got the finest vaccination infrastructure in the country. We can get you in and out quickly through the TCF Center, and we can do it twice."

However, data from the city's own COVID-19 dashboard shows Detroit lagging behind a number of other jurisdictions — including the state of Michigan as a whole — in terms of overall vaccine coverage.

But Duggan's own rejection of the opportunity to increase his city's dosage capacity runs counter to the broad medical consensus that the best vaccine is the one you can get, as simple as that. Plus, his dismissal — couched in both thinly altruistic and practical justifications as it may be — only serves to exacerbate existing anxieties over the various forms of vaccines, the overall impact of which will be measured as much on creating a community-wide immunity safety net as it will on individual protections.

The more than 6,000 Johnson & Johnson doses were part of a larger shipment of nearly 83,000 doses sent to Michigan this week, shortly after the FDA approved the line for emergency use. According to the Michigan Department of Health, the Detroit-bound doses have since been reallocated to other communities.

More like this
New York will finally offer vaccines to all inmates, after a judge's order
By Vanessa Taylor
Jailhouse lawyer Johnnie Cook is fighting for pandemic justice
By Mai Tran
New York has set aside a massive, first-of-its-kind fund for undocumented workers
By Rafi Schwartz
Stay up to date