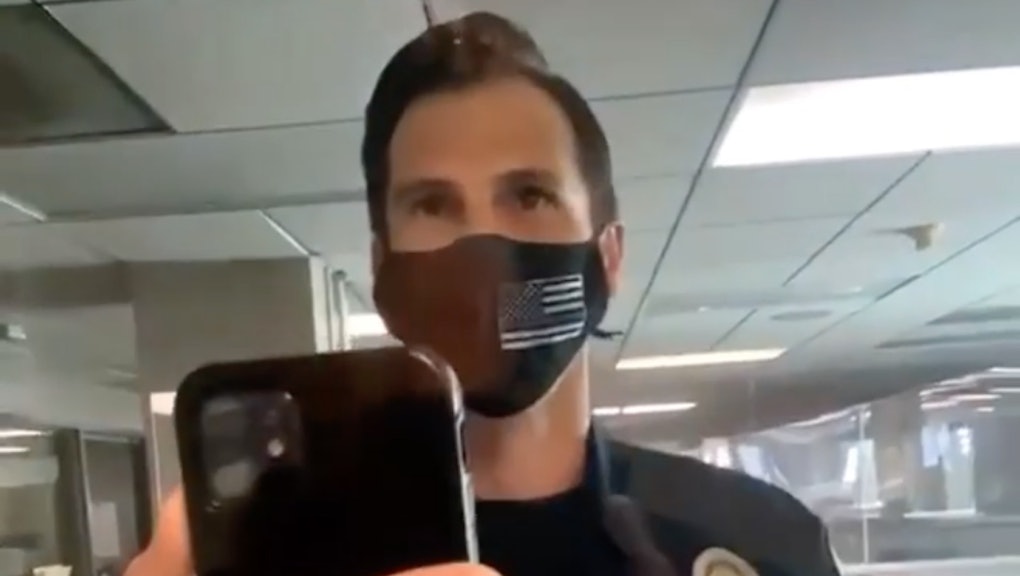 Did this cop just play "Santeria" to dodge being filmed?

It should go without saying that in most circumstances, filming the police is not only a constitutionally protected right, but a vital way for communities to hold accountable the very people they've entrusted (or, often, been forced to entrust) with the power of the state over them. Given the legal and communal importance of filming the police, is it any surprise then that a field not exactly known for enthusiastically embracing oversight is now coming up with a particularly devious way to circumvent the power of a person and their camera?

Police accountability activist Sennett Devermont came face to face — or should I say ear to ear — with the new tactic when he approached Sgt. Billy Fair at the Beverly Hills Police Department last week, ostensibly to obtain body camera footage stemming from a ticket he'd been previously issued. But as Devermont streamed the encounter on his Instagram account, Fair began playing Sublime's 1997 hit "Santeria" on his phone — a strange move that Devermont believes was a deliberate tactic to blunt his ability to share the clip across social media platforms, thanks to its copyright-violating soundtrack.

In fact, Devermont claimed in the text accompanying the footage, this is not the first time the police have done this to him. "I have video of this happening with another officer who played music as I was talking," he wrote. "Is this an order from the top?"

In unpublished footage shared with Vice, which first reported the incident this week, another officer engages in similar behavior with Devermont, this time playing the Beatles' "In My Life" and asking Devermont "Do you like it?" when pushed on why he's playing the song in the first place.

The Beverly Hills Police Department somewhat disavowed the behavior seen in Devermont's videos, telling Vice in a statement that "the playing of music while accepting a complaint or answering questions is not a procedure that has been recommended by Beverly Hills Police command staff."

Saying something is "not recommended," of course, is a very different thing than saying explicitly that it's against the rules. Still, the department told Vice that Devermont's videos are "currently under review."

More like this
Ohio police have "run amok" in their dealings with protesters, a federal judge admitted
By Vanessa Taylor
All 4 officers involved in George Floyd's death will face federal charges
By AJ Dellinger
Matt Gaetz's alleged sex party pal is officially cooperating with the feds
By Rafi Schwartz
Stay up to date