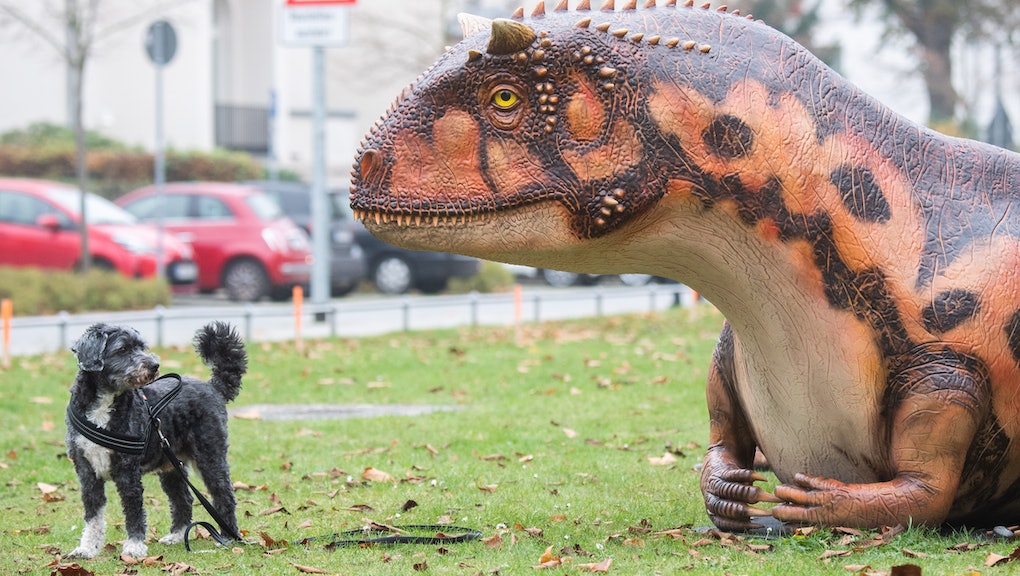 Dinosaurs were living their best lives before the asteroid hit, new study says

Dinosaurs met their untimely end about 66 million years ago when an enormous asteroid struck the Earth. It hit at a perfect angle, sending sulfur and gases into the atmosphere that altered the environment and lowered global temperatures, creating a nuclear winter. It doomed the once-thriving, cold-blooded dinosaurs to extinction.

Paleontologists have long assumed that dinosaurs were already on a natural decline when the asteroid hit. But a new study published on Wednesday in the journal Royal Society Open Science is pushing back on that theory. Dinosaurs were living their best lives, argued the authors, and could have developed more dinosaur species if not for that darn asteroid.

The researchers came to this conclusion after studying the family trees of various dinosaurs and using statistical models to estimate their numbers.

"What we found is that the dinosaurs were still dominant, they were still widespread and still doing really well," lead author Joe Bonsor explained to the Natural History Museum (NHM). "If the asteroid impact had never happened then they might not have died out and they would have continued after the Cretaceous."

This is in direct opposition to a 2016 study that also used statistical modeling to claim dinosaurs were already dying out by the time the asteroid hit. Although both teams' models were similar, the scientists disagreed with each others' conclusions. There's just too many holes in the fossil record to say dinosaurs were going downhill, Bonsor's team stated.

"Previous studies done by others have used various methods to draw the conclusion that dinosaurs would have died out anyway," Bonsor told Science Daily. But when the team expanded their dataset to include more modern, updated dinosaur family trees, they didn't reach the same conclusion as earlier studies.

Additionally, the authors wrote, a 2019 study suggested that the dinosaur population could've been absolutely bustling given the size of their habitats. But the reason why we don't have tons of fossils to reflect this number is because the amount of land where fossils could form was much smaller. Therefore, the study concluded, the fossil record we have now could be an undercount.

"[T]he data doesn't currently show they were in decline," Bonsor told NHM. "In fact, some groups were thriving and there's no evidence to suggest they would have died out around that time had the extinction event not happened."

Bonsor's team fully admitted in their paper that the conclusion they reached in their study isn't binding. The models don't accurately reflect the complexity of the data they have. But they're mostly using their paper to make a point.

"The main point of what we are saying is that we don't really have enough data to know either way what would have happened to the dinosaurs," Bonsor said. Just because there's little data and gaps in the fossil record doesn't mean scientists should jump to the conclusion that a species was going extinct.

The only way to know how the dinosaurs were living — or dying — is to conduct more research to fill in those gaps. Until then, the authors warned against hasty interpretations of statistical models.