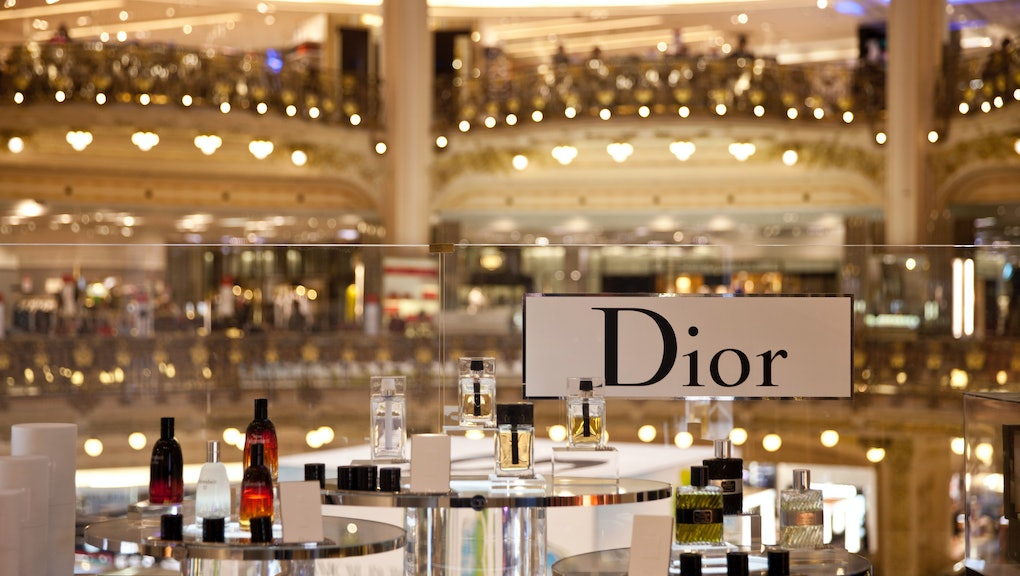 LVMH, the conglomerate behind J’Adore, Givenchy Pour Homme, and other high-end fragrances, is adding a decidedly less bougie product to its portfolio. As the tally of reported cases of novel coronavirus approaches 4,500 in France (as of March 16), the parent company of Christian Dior, Givenchy, and other luxury brands announced in a statement that, starting today, it would use its perfume and cosmetics factories to produce hand sanitizer, CNN Business reports.

LVMH’s hand sanitizer, also known as hydroalcoholic gel, will be distributed to the Assistance Publique-Hospitaux de Paris, a network of 39 teaching hospitals, its website says, as well as to French health authorities for free, per CNN Business. During the first week, LVMH projects to churn out 12 tons of hand sanitizer, and will continue producing it for as long as it needs to, the New York Times reports.

LVMH explained, in its statement, that the decision to pivot to hand sanitizer stems from a dearth of the product in France, according to CNN Business. Other countries are experiencing hand sanitizer shortages, too. Reports have surfaced of jerks buying large quantities of the stuff, only to sell it online at exorbitant prices, per The Atlantic. Andrew Cuomo, the governor of New York, recently announced a problematic plan to use cheap prison labor to produce hand sanitizer, as CNN Business points out, which Mic also reported last week.

LVMH is using a formula that French authorities have deemed effective against the novel coronavirus, the New York Times reports. But there’s another, simple method of defense: frequent hand washing for a minimum of 20 seconds, and using hand sanitizer with at least 60% alcohol if soap and water aren’t within reach, as recommended by the Centers for Disease Control and Prevention. Hand sanitizer may be getting all the hype, good, old-fashioned hand-washing will do just fine.