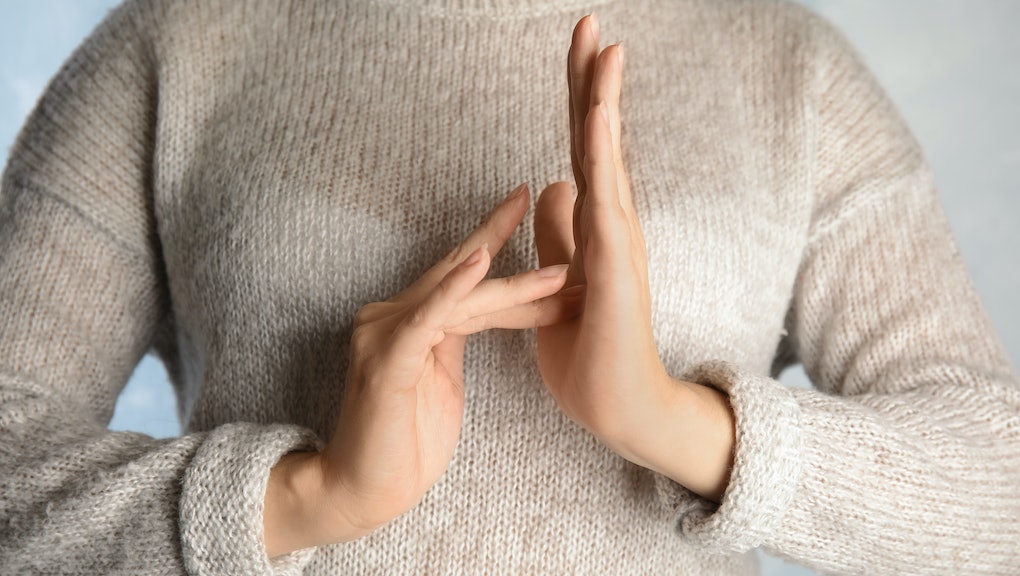 When it comes to tackling the coronavirus pandemic, information is key. That's why the White House and a number of states have held daily briefings. Unfortunately, those meetings are not accessible to everybody, including the deaf community. This week, a New York-based disability advocates group sued Gov. Andrew Cuomo (D) over his failure to include an American Sign Language interpreter at his daily briefings.

On Wednesday, Disability Rights New York filed its lawsuit in federal court. The complaint calls for Cuomo to start including an ASL interpreter at the briefings. There is a clear need for an interpreter as a 2014 census found there are about 208,000 deaf or hard of hearing people in New York City alone. In addition, Rochester, New York has the United States's largest deaf population per capita.

“It is inexplicable that during this pandemic, the governor would choose not to have ASL interpreters at his daily live televised briefings. As a result, deaf New Yorkers are unable to obtain vital life and death information at the time they need it most," DRNY's executive director Timothy Clune said in a statement.

New York isn't the only entity failing to include an ASL interpreter during briefings. This lawsuit comes after the National Association of the Deaf and the National Council on Disability sent a letter to then-White House Press Secretary Stephanie Grisham following "daily complaints," CNN reported.

The letter was sent in mid-March. In it, NCD Chairman Neil Romano wrote, "There is no doubt that the coronavirus brings with it significant added concerns for people with disabilities."

According to State of Politics, New York's briefings are held in the governor's ceremonial office in Albany, called the Red Room, which has limited space to accommodate social distancing. Cuomo did start offering an ASL interpretation of the briefing online in late March, but advocates say that is not enough.

First, Cuomo's briefings are televised. Only providing an ASL interpreter online assumes that everybody has access to internet or a device that will allow them to stream. In addition, the lawsuit says the televised broadcasts do not direct deaf people to the ASL broadcast online.

While the Federal Communication Commission requires closed captioning, it's not a reliable option. The biggest problem is that closed captioning may not be accurate and can omit words or entire sentences. Melissa "echo" Greenlee, founder and CEO of deaffriendly.com, told CNN, "[E]ven if the accuracy rate is 100% (which it rarely is), there is still plenty of information missing or wrong."

Interpreters also pointed out that closed captioning cannot capture someone's tone, which is important. Jonathan Lamberton, the certified deaf interpreter for New York City Mayor Bill de Blasio, told the New York Post, "I incorporate the mayor’s tone into my interpretation. He was disgusted with a reporter’s question last week — about him micromanaging and about Dr. Barbot possibly resigning [as city health commissioner] — and I showed a bit of that in my expression."

The situation is particularly frustrating as governors in states like California and Maryland already include ASL interpreters. In addition, countries like the United Kingdom and Canada also have interpreters during televised conferences with top public officials.

New York is the epicenter of the coronavirus pandemic in the United States, with over 300,000 reported cases and more than 23,500 reported deaths. It doesn't make sense to exclude an entire portion of the population from receiving the same information — at the same time — as everybody else.

Cuomo's briefings may include power points and other visuals, but that is still not accessible enough, advocates say. On Twitter, lawyer Jared Allebest wrote, "State and local government entities are required by federal law (Section 504 of the Rehabilitation Act and [Americans with Disabilities Act]) to provide effective communication for individuals with a hearing loss. Gov. Cuomo is not following federal law."

More like this
FEMA said it would reimburse cities for housing homeless people. Most cities ignored the offer
By AJ Dellinger
The CDC's eviction freeze has been unfrozen by a federal judge
By Rafi Schwartz
West Virginia is bribing young people to get vaccinated with cold hard cash
By Vanessa Taylor
Stay up to date