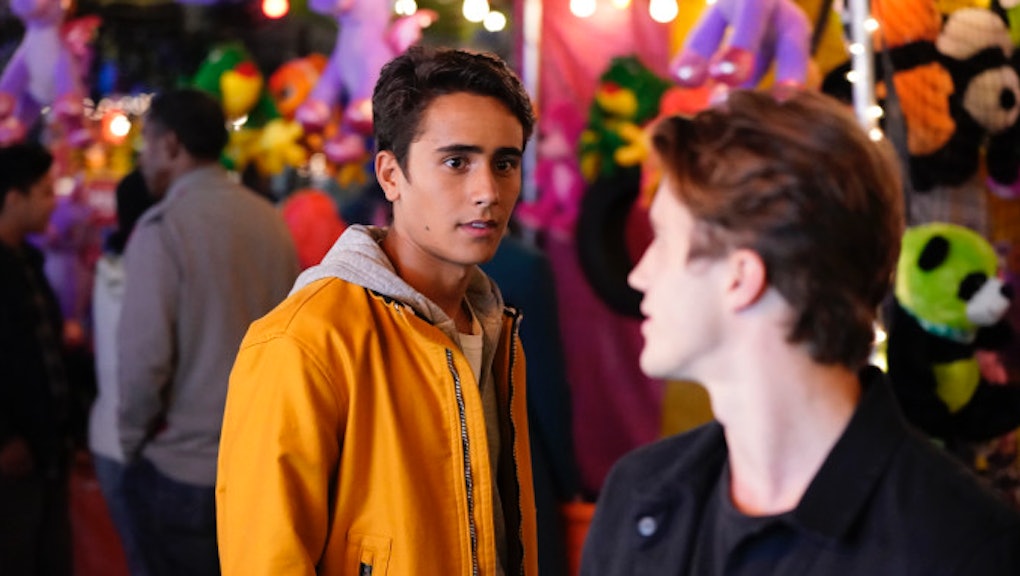 When Disney Plus debuted last November, it raised some questions about the platform, such as: can the Fuzzbucket get it? And where will they draw the ever-ambiguous line on committing to “family-friendly” programming, with joint ownership of Hulu? As it turns out, the answer has come at the expense of the platform’s original LGBTQ series.

On Monday, Disney Plus revealed it would be moving its upcoming Love, Simon spinoff series, now entitled Love, Victor, to Hulu. This move likely wouldn’t raise eyebrows on its own, but Variety reported that Disney took issue specifically with the show’s content for a young audience. “Sources also note that Disney felt many issues explored on the show, including alcohol use and sexual exploration, would not fit in with the family-friendly content on Disney Plus,” the report says.

High Fidelity, Hulu’s popular remake series starring Zoë Kravitz as a bisexual record store owner, was also shuttled from Disney Plus in a similar fashion before the platform’s launch. That move at least made a bit more sense, since the millennial-focused series toes the line between its R-rated predecessor and appealing to a younger audience.

Love, Simon, however, is squarely aimed at an early teen audience — the kind that Disney Plus is ostensibly striving to reach on the higher end. Leading up to its debut in November, Disney announced that it wouldn’t be housing any films rated R or shows with a TV-MA tag, but left things open for all programming beneath that. I haven’t seen the original film, but trusted parental guidance site Common Sense Media dubs it as suitable for kids 13 and older — the same rating or lower than two other Disney Plus entries, 10 Things I Hate About You and Three Men and a Baby.

Appeals to family values are a homophobic dog whistle as old as time, from a company that has been straining for Big Representation Moments in recent years. Soon after the debut of Disney Plus, there was the blink-and-you’ll-miss-it lesbian kiss in Star Wars: The Rise of Skywalker, and before that, the “exclusively gay moment” in 2017’s Beauty and the Beast remake that just served as a punchline. Next up is Pixar’s Onward, which will feature Lena Waithe as the first openly gay Disney character — a cyclops cop — that is reportedly a bit more tasteful in its approach.

It’s hard to take any of it too seriously, though, when the same company that congratulates itself for these pioneering nudges can’t be bothered to trade in real human stories of representation. Make no mistake, it is cretinous, sinister stuff when a corporation views marginalized groups as part of a checklist en route to the next billion, while leaving those same people behind when it might impact the bottom line.

We reached out to representatives from Disney and Hulu for comment and have not yet received a response.