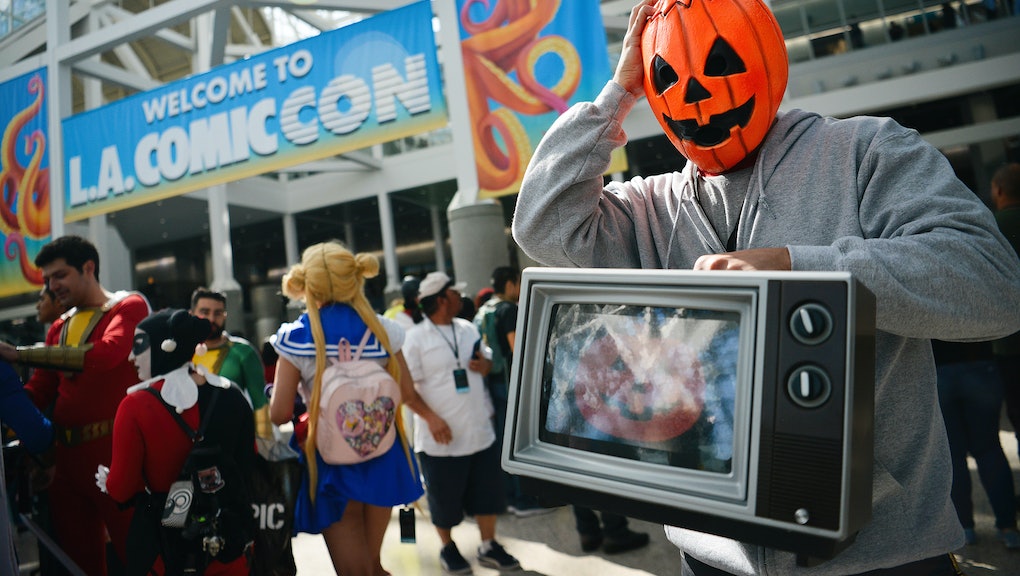 Does anyone think an in-person Comic Con is a good idea right now?

On Tuesday, multi-day and VIP tickets for Los Angeles Comic Con are set to go on sale. But unlike almost every major convention that was sidelined in some capacity during the pandemic, the event plans to go ahead with an in-person convention this December. This is a significant break from other large-scale comic cons and festivals that decided to forego the year entirely, or pivot to virtual only events.

You’d be forgiven for asking a few questions, like: how?? Wasn’t there still a spike in L.A. county cases as recently as last week, which might delay reopening? Will Jeremy Renner be performing his new EP live from the mainstage? It’s a puzzling decision on its face, when you heed public health experts’ warnings that we may already be in the midst of a second or third wave, with COVID deaths recently eclipsing 200,000.

L.A. Comic Con has introduced a new array of safety measures, including drastically decreased crowd density. The event’s expanded to the entire L.A. Convention Center this year — an enormous 1.2 million square feet — and will only permit roughly one-third capacity from the previous year’s crowd, or 13,500 attendees. They also tack on some more widespread safety measures, like required face masks, one-way traffic, and a reduced slate of panel events. The event will broadcast all of its main stage and panel sessions online, for those who aren’t comfortable with attending in person.

Contrast this to New York Comic Con’s entirely virtual event, set for early October, and San Diego Comic Con, which livestreamed its panels back in July. No matter the precautions, L.A. Comic Con stands as an outlier in the field of conventions and major live festivals, with SXSW already booking an online version of the festival for next March. Although concerts are still happening to varying degrees of responsibility, the prevailing wisdom increasingly suggests that 2021 could be another lost year for touring artists.

L.A. Comic Con outlines a contingency plan to postpone and refund again if the county or mayor’s office determines at any time that a gathering of its scale would be unsafe. Since the live events industry has been hurting immensely with no light at the end of the tunnel, we could be in for another year or so of these events throwing anything at the wall to see what sticks.

More like this
Miss Papua New Guinea's TikTok twerks aren't the problem — misogyny is
By Kara Weisenstein
Did Ta-Nehisi Coates troll Jordan Peterson in his 'Captain America' comic?
By Kara Weisenstein
'Exterminate All the Brutes' is a messy, ambitious documentary that ties together genocide, white supremacy, colonialism ... and Josh Hartnett?
By Nicholas Russell
Stay up to date