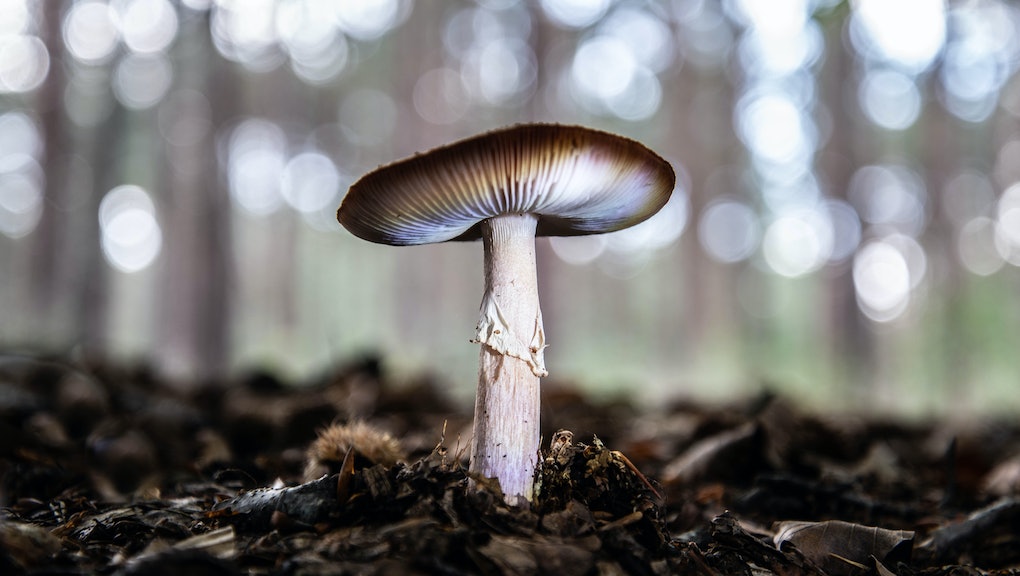 Silicon Valley tech execs swear by taking very small doses of magic mushrooms every few days — a.k.a., microdosing them — as a means of boosting creativity and productivity. Redditors report that microdosing alleviates their anxiety and depression, and even moms tout its productivity- and relationship-enhancing abilities. In June, Oakland decriminalized magic mushrooms, becoming the second US city to do so, less than a month after Denver, while efforts to legalize psilocybin, the psychedelic compound in shrooms, are underway in Iowa and Oregon. There’s also an effort to decriminalize psilocybin in California after a failed attempt in 2018. In other words, it’s official: Magic mushrooms have moved from the realm of hippies and Burning Man into the mainstream. But does microdosing shrooms actually work?

Mic looked to medical experts for help with separating the hype from the reality, and determining whether the claims made by microdosing evangelists hold up to scientific muster.

Psilocybin binds to receptors for the neurotransmitter (which is a chemical messenger, of sorts, in our brains) serotonin, specifically a type of receptor known as the 5-HT2A receptor, says Charles Grob, a professor of psychiatry and behavioral sciences at the University of California, Los Angeles. (Serotonin is most commonly known to be associated with feelings of happiness.) These receptors are found throughout the central nervous system, particularly near brain regions involved in so-called higher-order functions, such as spatial reasoning and sensory perception, as well as the reward system. A full dose of psilocybin “facilitates entry into a fairly profound altered state of consciousness that lasts between four to six hours,” Grob tells Mic.

The 5-HT2A is “essential in the classical psychedelic response” — that is, the “trip” elicited by not only psilocybin, but also LSD and other psychedelic compounds, says Andrew Penn, an associate clinical professor at the University of California, San Francisco School of Nursing. But while we know that full doses of these compounds bind the 5-HT2A receptor, “it’s not clear whether microdoses are affecting the 5-HT2A receptor,” he says. In other words, the theory goes that a small dose can elicit a mild reaction — but there’s no proof that that’s exactly the case quite yet.

What counts as a microdose of psilocybin?

A full dose equals roughly 0.2 milligrams of psilocybin per two pounds of body weight, or about 14 milligrams for a 150-pound person, Grob says. While there’s no standard for what constitutes microdosing, many people use the regimen popularized by James Fadiman, psychologist and author of The Psychedelic Explorer’s Guide: Safe, Therapeutic, and Sacred Journeys: about one-tenth of a regular dose, or 1.4 milligrams for a 150-pound person, once every three days for about a month. (Many people weigh out mushrooms that have been ground into a powder, Penn says.) Beyond that, Fadiman finds that most people microdose only every now and then or as needed.

That said, you will be able to tell if you’ve taken a full dose or a microdose of psilocybin. Although the experience can vary depending on the person, a full dose can typically alter your sense of time, enhance introspection, and facilitate problem-solving, Grob says. Higher doses can lead to “a powerful psychospiritual experience.”

A microdose, on the other hand, has far more subtle effects. “It kind of enhances sensory perception,” Grob explains. “Colors are a bit brighter. There’s a greater appreciation of nature. One may be able to delve into psychological and interpersonal issues.” Importantly, a microdose would allow you to function in day-to-day life, whereas a full dose would require you to be in a sheltered environment and monitored for safety.

What does the research say about microdosing psilocybin?

There are some observational studies, or studies that don’t assign participants to a microdosing regimen, but instead survey people who already microdose about their experiences. In one such survey of people who microdose psychedelics, published on July 10, 26.6% of people reported improved mood, while 14.8% reported increased focus.

However, a 2018 study did assign attendees at a Psychedelic Society of the Netherlands event to microdose psychedelic truffles, which contained psilocybin. They took tests that measured two forms of thinking that play an important role in creativity before and after downing the truffles, and performed better on these tests after eating the truffles. But as the researchers themselves pointed out in their study, since they didn’t compare the participants to people who took, say, truffles that didn’t contain psychedelics, there still remains the possibility of a placebo effect, or the possibility that the participants’ expectations affected their performance.

That sums up the major limitations of the research so far. “No one has done a placebo-controlled trial” of microdosing psilocybin, Penn says. Without such a trial—ideally, one in which both the researchers and participants are blind to whether participants received psilocybin or a placebo— “it’s just really hard to know if this person is having a benefit because they expect to have a benefit,” or because microdosing psilocybin really did have an effect. Matthew Johnson, an associate professor of psychiatry and behavioral sciences at Johns Hopkins University of School of Medicine adds that the very subtle benefits microdosers claim to enjoy, such as being friendlier and more focused, “are really ripe for a placebo effect.”

Johnson and other researchers noted that while studies, some of which they’ve helped conduct, have shown psilocybin to be promising for anxiety and depression in cancer patients, treatment-resistant major depression and smoking cessation, for instance, the participants took high doses of the compound. While these studies are “impressive,” Penn notes, we can’t simply conclude that a microdose has a similar effect as a large dose, but subtler. After all, if two aspirins alleviate your headache, that doesn’t necessarily mean 1/16th of a pill will relieve a smaller headache, he says.

So, if I feel better when I microdose, does that mean I’m only experiencing a placebo effect?

Not necessarily. “It seems very likely that a good amount of what we’re seeing is a placebo effect, but it’s very possible that some of it is not,” Johnson says. Penn agrees. “It’s entirely possible that these small doses do have an effect,” he says. But until researchers conduct a double-blind, placebo-controlled trial of microdosing psilocybin, as described above, “we don’t know.”

For which conditions could microdosing psilocybin have the most therapeutic benefit?

If microdosing psilocybin does show benefit in double-blind, placebo-controlled trials, Penn can imagine it being used in more of “a general wellness capacity,” making people feel sharper and more alert, for instance. Perhaps large doses of psilocybin may be used to treat conditions such as major depression, while microdoses may prove helpful for maintaining overall wellness, in the same vein as yoga or meditation.

“I’ve been told some compelling cases of the antidepressant effects,” Johnson says. It makes sense, since, like many existing antidepressants (such as Lexapro, Zoloft and other selective serotonin reuptake inhibitors), psilocybin and several other psychedelics act on the serotonin system. “It wouldn’t surprise me at all if microdosing was helpful for depression,” Johnson says.

How can I microdose psilocybin safely?

Johnson doesn’t recommend using psychedelics, microdosing or otherwise, but encourages those who do to carefully weigh the risks. While a microdose of psilocybin most likely won’t lead to a panic-inducing trip, you may react strongly even to microdoses, or accidentally consume a higher dose than you thought you did. “It’s difficult to measure some of these doses,” Johnson says. “I’ve been told by people that they were trying to microdose, and they were at work, and a full-on psychedelic experience started coming on.” Such experiences can be not only distressing, but also dangerous if they hit you, say, while driving or caring for your elderly relatives.

“Science moves slowly,” Penn says. “This is clearly a case of ‘I’m not waiting for the studies. I’m going to do this for myself.’” Microdosing, especially with its DIY approach, may give people dissatisfied with conventional options for mental health treatment a sense of agency. The problem is, the effectiveness of microdosing and its long-term effects on the brain are still unclear. There may be a kernel of truth in the microdosing subreddit posts, but until scientists conduct more rigorous studies, it’s still too early to say whether the Silicon Valley trend lives up to all the hype.

This article was originally published on July 18, 2019

More like this
Studies suggest that Pfizer is no longer the cooler vaccine
By Ian Kumamoto
How to save your skin from climate change
By Melissa Pandika
Could fresh air be the key to ending the pandemic?
By Melissa Pandika
Stay up to date