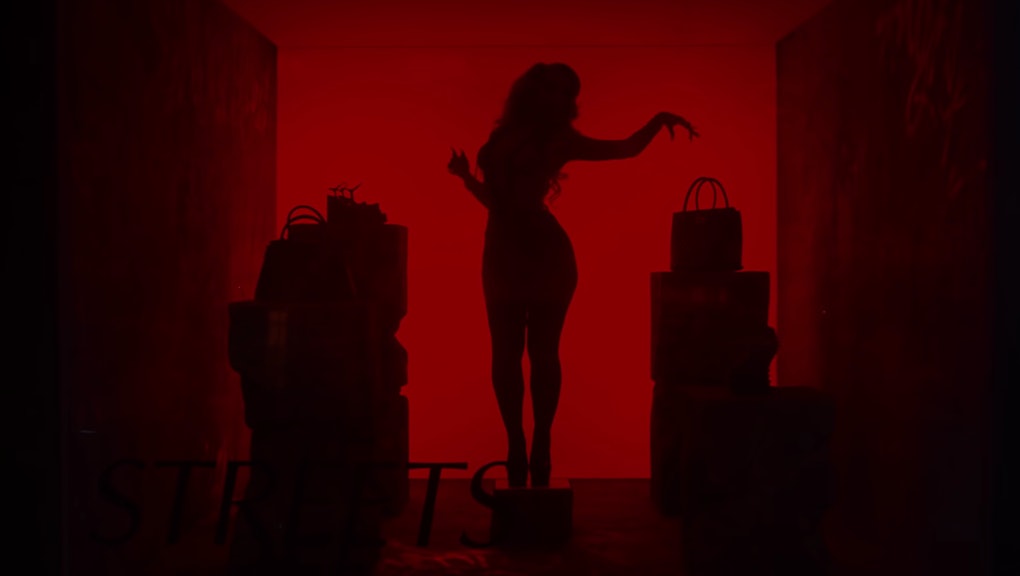 Sometimes the TikTok trend chooses you. Doja Cat hasn’t had to tailor her songs to viral dance challenges, because they just seem to find their way back to her 2019 album, Hot Pink, anyway. After “Say So” generated billions of plays on the platform, “Streets” became the latest to climb the charts on the back of #SilhouetteChallenge videos. Now, she’s shared the long-awaited music video for the track, which features what might be the most high-budget #SilhouetteChallenge to date.

The video opens with a distracted cab driver, hypnotized by a department store window display that morphs into Doja putting her own spin on the challenge. As we quickly discover, he’s not the only one who’s wholly enthralled by what she’s bringing to the table, with dozens of zombified dudes watching her writhe on a disfigured car. The central victim with awooga eyes, played by Kofi Siriboe, ultimately finds his way into a triptych of spider webs, recalling the romantic climax of Spider-Man 2, and a nuclear blast zone. But by the very end... well, I’ll spare you the last twist:

If you’re chasing a clean conscience, “Streets” comes without the baggage of an explicit Lukasz “Dr. Luke” Gottwald production credit, which “Say So” infamously carried. (Although the entire record was distributed on his Kemosabe Records, so you can see where this sort of thing becomes unavoidable.) “Streets” is currently rising again on the Hot 100, and might vault back into the top 20 after this clip circulates.

Doja’s headed into a busy Grammys weekend, with three nominations in tow for Best New Artist, Record of the Year, and Pop Solo Performance. She’s also set to perform at the show, although it’s unclear which single gets the award-show treatment. (Given this new video, it feels like a solid bet.) All told, she’s omnipresent as ever, and given the belated chart history she made last summer — being part of the first time four Black women occupied the top two spots on the Hot 100 — it’s clear the charts have more space for women in hip-hop than ever before.