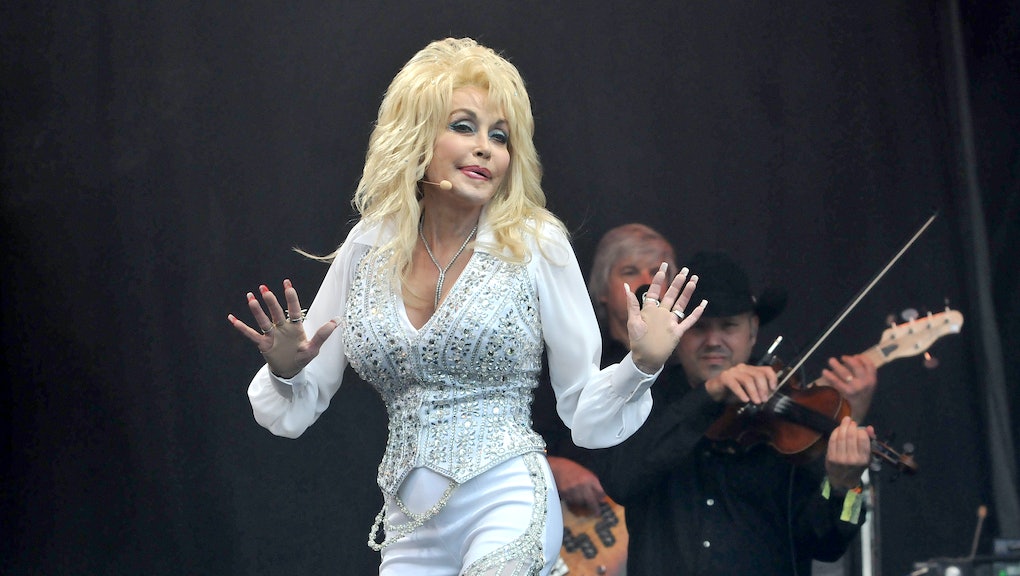 Dolly Parton, easily one of the least alienating celebrities across the political spectrum, says she turned down Donald Trump’s offer for the Presidential Medal of Freedom on two occasions. But keeping with her apolitical streak, she claims her reasoning was solely of the personal and pandemic variety.

In a Tuesday morning interview with NBC's Today, Parton explained why she didn’t accept the highest civilian honor. “To be honest, in all fairness, I got offered the freedom award from the Trump administration," Parton said. "I couldn't accept it because my husband was ill. Then they asked me again about it and I wouldn't travel because of the COVID."

But Parton, perhaps wary of segmenting her wide fanbase any further, told Today that she’s now wary of accepting the medal of freedom under the Biden administration, but says that she’s already heard from the president. “Now I feel like if I take it, I'll be doing politics, so I'm not sure,” she said.

Getting Parton a medal is one of the true bipartisan projects, spanning two highly opposed administrations. The President Former president Barack Obama owned up to botching this publicly, telling Stephen Colbert last year that it was a “mistake” he regrets. “I think I assumed that she’d already got one and that was incorrect. I’m surprised, she deserves one,” he said.

Aside from her innumerable musical accomplishments, she certainly does deserve one. Parton donating $1 million to the research and development of Moderna’s vaccine just scratches the surface. There’s her Dollywood Foundation, which primarily focuses on literacy and education programs, but also pivoted to COVID-19 food assistance during the pandemic. She's a friend to animals and the environment, too, opening a bald eagle reserve at Dollywood, and consistently funding wildfire disaster efforts.

Despite her new Squarespace Super Bowl ad functioning as a slightly pernicious inversion of “9 to 5,” glorifying the side hustle culture that turns every waking moment into labor, Parton can weather just about anything. If she does eventually decide to accept a Medal of Freedom under a Democratic president, something tells me she’s already avoided the dumb culture war-in-waiting.