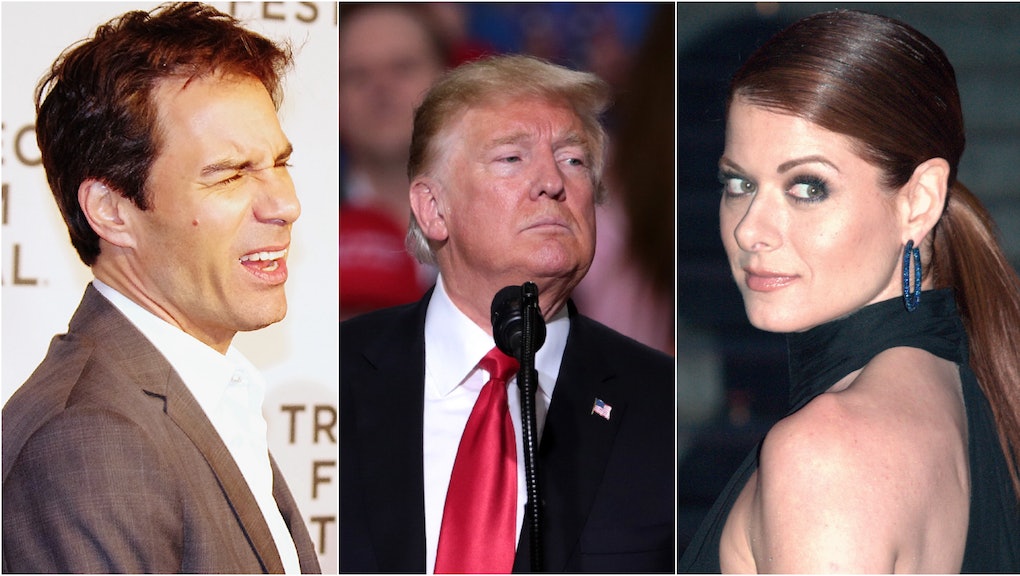 Donald Trump and Debra Messing are feuding. Why?

Texas was ravaged by gun violence yet again a few days ago, and there’s a hurricane battering South Carolina today, but President Donald Trump seems to have nothing better to do than feud with the stars of Will & Grace. (And also falsely insist Hurricane Dorian was heading for Alabama, pointing to a map edited in Sharpie, as Trump did on Wednesday.)

The president has been angrily tweeting at actress Debra Messing since last weekend. His ire was provoked when Messing called on The Hollywood Reporter to print the names of Beverly Hills residents attending an upcoming Trump fundraiser there during Emmys week. Her co-star Eric McCormack piled on tweeting, “Hey, @THR, kindly report on everyone attending this event, so the rest of us can be clear about who we don’t wanna work with. Thx.”

Then, on Tuesday, Whoopi Goldberg called the IRL Will & Grace out on The View — because apparently in Whoopi’s world, unmasking a Trump supporter in 2019 is akin to calling someone a Commie in 1950s Hollywood. "Listen, the last time people did this, people ended up killing themselves. This is not a good idea," Goldberg said, referencing Cold War-era McCarthyism. "We had something called a blacklist, and a lot of really good people were accused of stuff. Nobody cared whether it was true or not. They were accused. And they lost their right to work.”

Trump is evidently a viewer of The View. Today he directed a two-tweet-long rant at Messing, who he blessed with a pretty hardcore nickname, to be honest. “Bad ‘actress’ Debra The Mess Messing is in hot water,” the president tweeted. “She wants to create a ‘Blacklist’ of Trump supporters, & is being accused of McCarthyism. Is also being accused of being a Racist because of the terrible things she said about blacks and mental illness.” (Yesterday the actress apologized on Twitter for liking a church sign that suggested black Trump supporters must be mentally ill.)

Trump raged on, trying to goad NBC into firing Messing and comparing her online activity to Rosanne Barr and the infamous, racist Ambien-fueled Twitter rant that cost Barr her sitcom revival and, as it looks now, her comedy career.

The whole weird saga is just another example of the things Trump would rather focus his time and energy on. All The President seems to care about is what people are saying about him online. He’s a lot like a teenager in that way. Except all the teenagers in America seem to loathe the president. Sad.