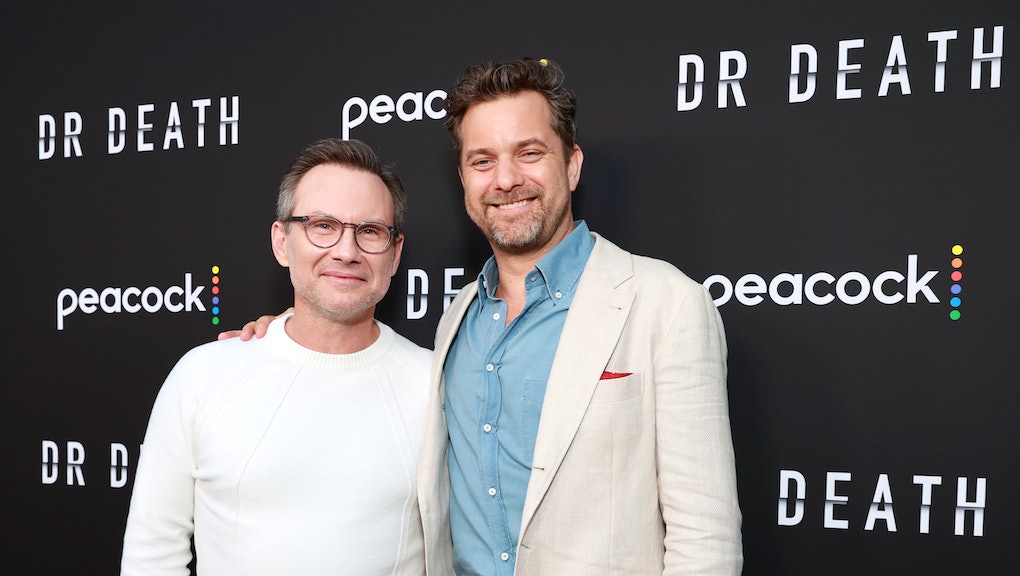 'Dr. Death' clings to the wrong part of a true story

As a society, for better or worse, we're pretty accustomed to witnessing horror. We've been seeing images — both real on the news, and fictional in the created worlds of storytellers like Ryan Murphy and Jordan Peele — for long enough that it's hard to shock audiences. But the much-anticipated NBC Peacock adaptation of Wondery's hit podcast Dr. Death uses gratuitous violence that borders on emotionally abusive to its audience — and loses an opportunity to maximize the best of two mediums.

Dr. Death begins with a gruesome surgery. And then another. In the first 15 minutes of the premiere alone, the viewer is asked to watch as Dr. Duntsch (played by Joshua Jackson) cuts his patients open, and loudly clamors at bone with hammers and screws nails into soft tissue while blood squirts and pools on the floor.

Yes, this is what happened in real life with the aforementioned Christopher Duntsch, who permanently injured or killed 33 of his 38 patients, and is now in prison. But asking the viewer to viscerally consume the horrors he inflicted on real people felt like a cheap way to begin what is a much bigger story — how did this man end up in operating rooms, and why did he do what he did? To add insult to injury, the second episode begins with Alec Baldwin's character re-watching a corrective surgery his character Robert Henderson had done on one of Duntsch's patients, intimately detailing the carnage out loud.

While the introduction to the show is trite, the idea of watching a podcast is not. There are plenty of shows now where you can watch a popular podcast instead of listening — but most take on a more documentary-style approach, like Up and Vanished and the just-released HBO screen version of Ronan Farrow's Catch and Kill: The Podcast Tapes. The finesse of scripting a true crime story that most fans only listened to, on the other hand, is an art. Most popularly in the scripted realm has been Dirty John, a two-season foray dramatizing first the story of con artist John Meehan, and the just-released second season story of Betty Broderick (expertly played by Amanda Peet).

But watching Dr. Death feels as if its creators, Patrick Macmanus and a team of Wondery colleagues, took everything that made Dirty John, the show, and Dr. Death, the podcast, successful and threw it out of the window. While the show already has 80% on Rotten Tomatoes and Paste calls it "scarier than any horror movie," it seems its positive reviews hinge more on the shock of the story to those unfamiliar with the grizzly actions of Christopher Duntsch, rather than those impressed with the dramatization.

The show makes its second mistake by wildly jumping around in time. While a flashback here and there is helpful and adds nuance to any show, and a bottle episode is fine as well, it's disorienting for each episode to bounce from college years, to surgery years, to Duntsch's success and the endeavors of those trying to expose him.

The focus on the horror of it all, as well as the time jumping, creates a landscape where we don't get to know anyone. The emphasis seems to be on the institutional failures that allowed Duntsch to harm so many, rather than the characters themselves. And while that's an important part of the story, it certainly isn't its most cinematic asset.

In the podcast, victims were humanized by familial backgrounds and stories. In Dr. Death, Dorothy Burke is already braindead before we ever learn anything about her, in a forced scene with her husband about sailing. But more than anything, we don't get to know Christopher Duntsch. The nuance of his private life is obscured by allusions to a failed football career and a demeaning father that somehow are supposed to explain his sociopathic behavior. While Jackson does play him with an icy malice and unhinged temper throughout, you never get a sense of the reasons for his character's mania like you did of those in Dirty John.

Luckily we do get the comedic relief of Christian Slater's fellow-surgeon character Randall Kirby, who has fun quips like "citadel of bullshit" to play off of Badwin's very straight man Henderson. The two eventually combine acting forces with Grace Gummer and AnnaSophia Robb, who respectively play a former surgical assistant of Duntsch and a Dallas assistant district attorney. But their talents can only go so far in a mishandled script for a story that could have written itself — and did so just fine in podcast form.

More like this
Films based on real life tragedy often lead to exploitation of real life people
By Chloe Stillwell
What Madison Cawthorn packs for his flight: Heat
By Rafi Schwartz
Adam Kinzinger basically just outed his fellow Republicans as a bunch of cowardly phonies
By Rafi Schwartz
Stay up to date