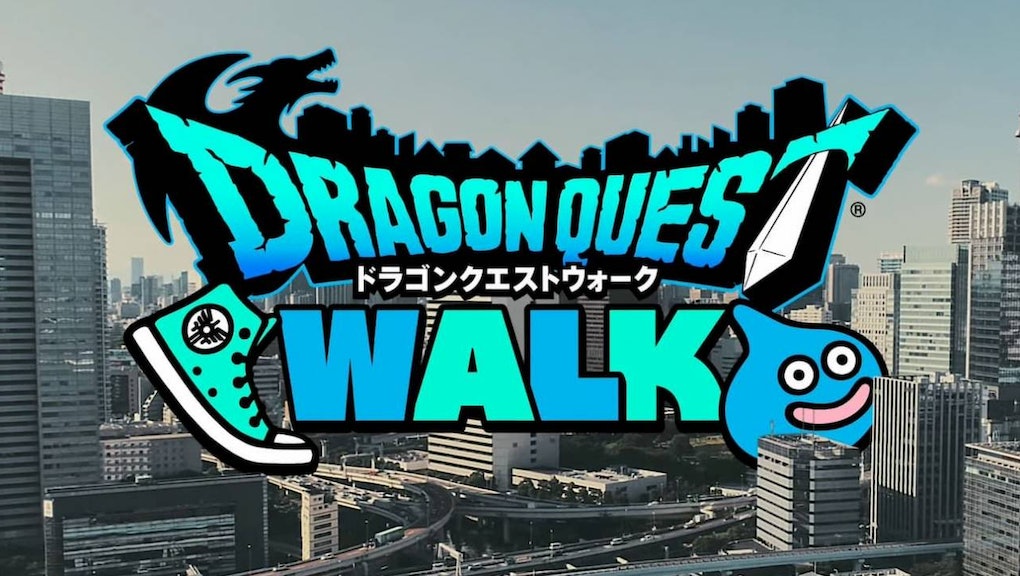 'Dragon Quest Walk' could be your next mobile fitness gaming addiction

Pokémon Go paved the way for fitness and gaming to go hand in hand. Now, it looks like another popular Japanese video game franchise is looking to enter the fold. Dragon Quest Walk is an upcoming mobile game based on the popular role-playing series Dragon Quest, and it's set to utilize many of the same technical aspects as developer Niantic's influential title.

Dragon Quest Walk was unveiled via an official Japanese website with a special trailer for the game. It reveals footage of a world full of monsters from the Dragon Quest series being unleashed upon the world: adorable blue Slimes, enormous bat-like Dracky enemies, and even Mimic monsters shaped like treasure chests with a gnarly mouth filled with sharp teeth. It teases a wide world of monsters to explore while you're taking a quick walk around your neighborhood or getting that daily jog in.

As far as how Dragon Quest Walk's gameplay loop will work out, there are scant details about that just yet. Pokémon Go lets players capture Pokémon found in the real-world using AR capabilities, as well as battle other trainers with those they've collected, collect items via destinations called Poké Stops, and even hatch new monsters from eggs that require you to walk a certain number of steps.

Thanks to a translation by video game blog Gematsu, we can ascertain a few features the game will come packing when it debuts, namely exploring the world and finding Dragon Quest monsters hiding in "plain sight" thanks to AR capabilities everywhere.

There's also a feature called "My Room," which will let you decorate your own personal space in-game with items you receive in return for completing quests. Quests can be completed at various landmarks found throughout Japan for now, at least until there's some sort of confirmation for a wider release.

According to the official website, players will be able to "Set their destination from nearby spots and walk off," meaning players can likely choose where they want to walk to (or from) as a goal, and then start off on an adventure from there. It's possible it will also implement special fitness-tracking capabilities, such as counting steps like your Fitbit can, or give you step goals to meet during the day.

Right now, the game has only been confirmed for iOS and Android for Japanese users, and will be available as part of a beta for 10,000 users on each platform apiece beginning on June 11. There's no green light for when or if it will come Stateside, but given the public's excitement when it comes to getting out and walking around in the real world with Pokémon Go, it seems like a given at this point.

Japanese game studio Colopl is handling development on the title, and it's targeting a release date for Japanese players for 2019. In the meantime, you can at least get your walks in with Pokémon Go and your RPG fix in with the traditional Dragon Quest role-playing game entries.