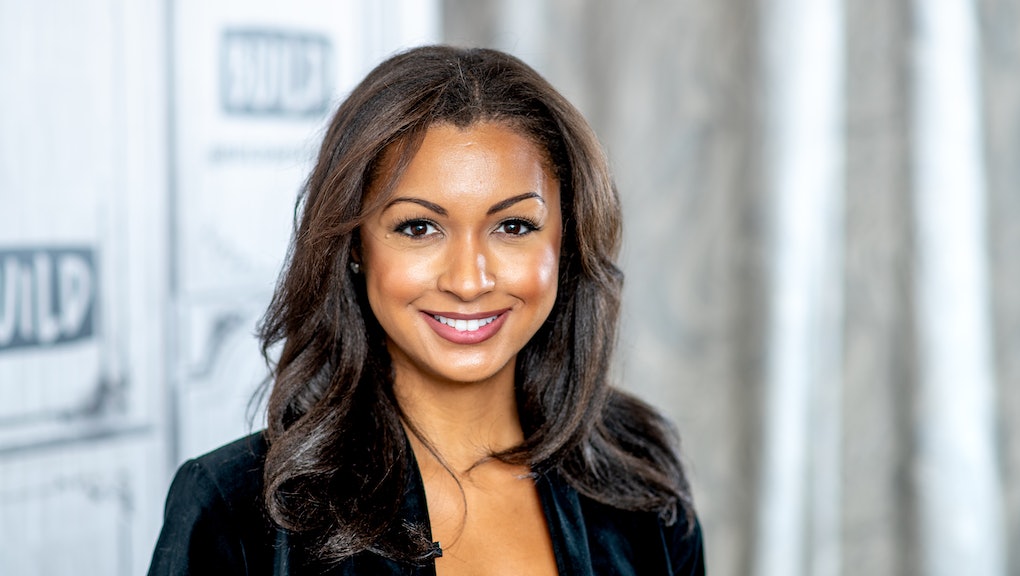 Eboni K. Williams speaks for herself. It’s unfair and inequitable the amount of weight that the lawyer and political correspondent is shouldering as the first Black cast member on Bravo’s long-running Real Housewives of New York, but she does so without breaking a sweat, skillfully shading and spilling tea in confessionals and being game for whatever the other Housewives throw at her. She’s already had brunch at Sonja Morgan’s always-on-the-market townhouse and shared her vulnerable side during a Burning Man-themed party at Ramona Singer’s house in the Hamptons. In a way, she’s better at playing the game than the women who made the rules.

RHONY, which is in its 13th season, has fluctuated and slowly evolved in its sense of humor, somewhat distinct from that of its sisters in the sprawling franchise. Initially set to be a docu-series look at wealthy women in New York called Manhattan Moms, its early episodes suggest an affluence porn examination into their lives that focused on an everydayness not defined by interpersonal conflicts (though, it wasn’t long before they became a feature). As Bravo’s Real Housewives series continued to spawn new cities and seasons, its self-awareness, at least from a production standpoint, also developed. Andy Cohen calls it the “Bravo wink”: shots, sequences, etc. that let the audience know that they (be it production or the housewives themselves) are in on the joke.

The longer the show ran, the more that RHONY’s sense of humor was shaped by how fun everyone seemed; even in the midst of social slights and wine throwing, everyone appears to be having a relatively good time, whether it’s in St. Barths (Season 5, where Aviva Drescher calls a couple of her castmates “white trash”) or watching Dorinda meltdown in the Berkshires (Season 9). There’s a theatricality and an artifice to the endeavor.

But it’s also important to consider how much of this sense of humor, and this reality television language, is defined by whiteness. The Housewives of New York exist in another world and, as such, there’s an insularity to both what they find funny (their one liners in confessionals, the mildly clever jeers and jibes during arguments), as well as what kinds of jokes are constructed in post-production, often with their wild behavior as setup or punchline. Such whiteness becoming the baseline for the show often means that racism itself has occasionally become an “ironic” kind of joke: think Cards Against Humanity, where we know they’re racist, which is why it’s “funny,” because “we” are “better” than “that.” It can range from Ramona’s racism in Morocco (Season 4) to Luann’s galling blackface (season 10). That these moments are tied to RHONY’s self-established idea that it is a kind of satire, of rich white women and the ridiculous things they do and get mad about, is evidence of a sort of stagnancy within the show, a flaw that wavers between feature and bug.

But it feels like that flaw is finally changing. This season of RHONY has felt unusually introspective (well, as introspective as RHONY could get). Mirroring how the launch of RHONY coincided with the Recession in 2008, this season also begins at a time of economic instability, months deep into the pandemic. Individual cast members, like Sonja, are reflecting on their lives, that they’re aging, the choices they’ve made, etc. And so many of these choices are on tape. It also feels like a moment in which the show itself is doing a little self-reflection, if not as directly as, say, Real Housewives of Atlanta, which dealt head-on with the Black Lives Matters movement. But the show is doing what it is doing in its own way, Eboni stepping up to the camera with her friend Leah McSweeney in a facemask that says Black Lives Matter.

Most crucially in the context of the show is how lively Eboni is. She is smart, witty, and contains a level of self-awareness that is frankly a rarity on reality TV. But that doesn’t stop her from having fun and getting into hijinks with the cast. She’s someone who is savvy and thoughtful, bringing her own sense of humor and tone to the show. And it’s shaking things up.

On the most episode, which aired Tuesday, the women are still in the Hamptons, and Leah and Ramona’s continuing argument about how or if to talk about sex dominates the conversation. Eboni mishears the two talking and thinks she hears Ramona say that she “can take a big dick.” This upsets Ramona, Eboni apologizes, and everything seems fine. But the next day, while Leah’s spirits are down from her ailing grandmother, she lashes out at Ramona. Eboni tries to accommodate Ramona’s (inconsistent) wishes regarding sexual language, but gets dragged into the argument anyways, as Luann tries to justify Ramona’s hypocrisy by chalking it up to Ramona and Luann’s religious upbringing and “education.” In an attempt to make a point that education itself has little to do with “classiness” (Eboni makes a point earlier to Leah about the weird respectability politics in the group), Luann takes umbrage and misreads her comment, thinking Eboni, when saying she is technically the most educated person at the table, is saying everyone else is stupid. Eboni makes note of the apparent white fragility at the table, which Ramona gets mad at. Luann starts yelling at Eboni, Eboni responds, Luann calls Eboni “angry,” and Eboni is understandably upset by this usage of the “angry Black woman” stereotype. We’re left on a cliffhanger, but it’s clear from this season, and not just this episode, that the game is changing and Eboni is at the helm.

It’s frustrating and upsetting, if not especially surprising, that the women would display this kind of casual racism. We’ve seen awkward growing pains across franchises as different shows that had previously only white cast members integrate, like Tiffany Moon’s struggle to assimilate on Dallas and the freshwomen of Salt Lake City calling Jen Shah “angry” at the reunion. The racism is unacceptable, but it also points to the way that the foundation and language of these shows, such as RHONY, was designed by and with white people in mind. There’s an uncomfortable element of considering that this racism is itself a kind of reality tv spectacle, as writer Kyndall Cunningham points out. This is especially difficult when considering the emotional maintenance these women of color must do on national television. Yet it’s also hard not to think about how the language of reality TV is changing along with it. When Eboni calls out the “white fragility” of the cast, she seems to not only speak of the immediate cast members present in the scene, but the ghosts of Housewives past, perhaps the history of the show itself. And while moments like this can be heavy and hard to watch, her presence and infectious power on the show extends beyond these scenes, her cleverness offering a new insightfulness to the series. (The waggle of her eyebrow, in particular, is exceptionally fun.) Not that it’s her job to dismantle the implicit racism of the show (think of it like an institution, in its way), but she’s radically changing the way that RHONY functions as a satire. Like her tagline says, she’s coming for everything. And we’re here for it.

More like this
This new national game show museum is a shrine to TV nostalgia
By Keith Nelson Jr.
The end of 'Keeping Up with the Kardashians' hardly means the end of the Kardashians
By Carrie Wittmer
Katt Williams to all comedians: If cancel culture gets to you, you weren't funny anyway
By Tim Brinkhof
Stay up to date