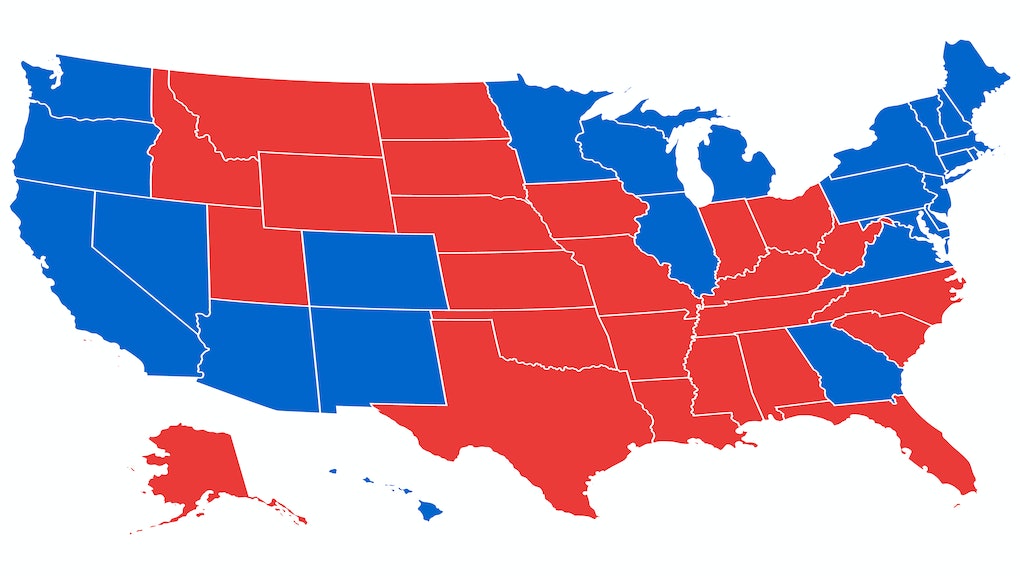 Election map: Here's how many points each state gets in the Electoral College

The Electoral College is a difficult thing to wrap one's head around. Although Americans like to think that they directly, democratically elect their presidents, the job is actually done by electors: people whom each state's Democratic and Republican parties select, who support their respective candidates and are not on the federal government's payroll.

Electors' votes technically decide the outcome of each election, but our votes do matter: Generally, the party whose candidate wins the popular vote within a state wins all of that state's electors, who then cast their votes for the party's candidate. Whoever gets the most electoral votes gets the Oval Office, having been elected — indirectly, but still democratically — by his or her constituents.

The problem, of course, is that some of the largest electoral prizes are also states whose result is never in question. California is the largest prize by far with 55 electoral votes, but because its major population centers skew heavily Democratic, California these days always goes blue. And because of that, presidential candidates tend to not spend much time campaigning there — for the Democrat, it's considered a given, and for the Republican it's considered a waste of time to try. The same goes for New York with its 29 electoral votes.

Meanwhile, the Electoral College system means a select number of less populated states take on outsize importance. Florida is the biggest swing state, with 29 electoral votes. (Texas has been feinting at a purple turn for years, and with its 38 votes it's always fun to consider it a swing state for a little extra election-year intrigue, but the reality is it's steadily held red.) But states like Ohio (18 votes), Pennsylvania (20 votes), and Michigan (16 votes) become hugely important to winning the presidency because they combine a significant number of electoral votes with a truly purple electorate.

And that's why there's a push to abolish the Electoral College. As The New York Times explains, in addition to prioritizing a select few number of states, the system also over-values states with small populations. Wyoming is the most stark example: With its population of 580,000 people, Wyoming still gets allotted three electoral votes, because that's the minimum allotted to every state (after that, population dictates the remaining number). That model, the Times explains, "[gives] its individual voters far more clout in the election than their millions of counterparts in densely populated states like Florida, California, and New York."

Below, you can see what each state's electoral vote count was as of 2020, per 270toWin.

This article was originally published on Dec. 28, 2015

More like this
How Jess Moore Matthews is training the next generation of digital activists
By Vanessa Taylor
The history of the LGBTQ+ Pride flag, from the OG rainbow to Progress Pride
By Vanessa Taylor
Here's a chilling peek into just how close Trump got to running a police state
By Rafi Schwartz
Stay up to date