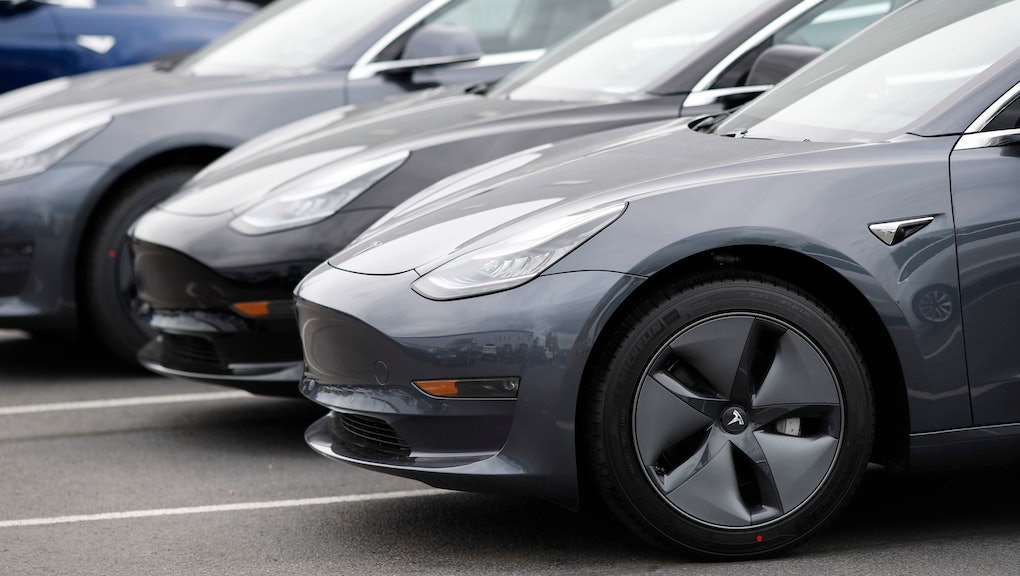 There are many, many reasons to own an electric vehicle, and that's after counting "because they look cool." For one, you're doing your part for a greener future. Second, think of all the money you'll save on gas alone! We can't forget, either, that part of the beauty of owning electric vehicles such as those manufactured by Tesla is that, for the most part, they're basically noiseless. Starting today for electric cars in the European Union, that's all going to change.

According to BBC News, Acoustic Vehicle Alert Systems (AVAS) will be installed in new models of both hybrid and electric cars going forward by July 2021. With this new system, vehicles will make an artificial engine noise when traveling under 12 mph or while reversing.

There won't be a one-size-fits-all solution for manufacturers, though. Each maker will be able to decide how their AVAS will sound. The EU's written legislation states, however, that the sound must be similar to the roar of a combustion engine and no louder than one. The idea is to help give passengers and pedestrians an idea of whether the vehicle is moving faster, more slowly, or whether it's come to a stop.

While the lack of car noise that you'd get from other non-electric models is obviously one of the features some buyers gravitate toward, it's also a possible safety risk for others on the road, such as those who are blind or have low vision. In a statement submitted to the British Parliament in November 2017, charity Guide Dogs pointed out that research has shown that electric and hybrid vehicles were around 40% more likely to get into an accident involving a pedestrian or cause injury to one. For some pedestrians, hearing a car is the only way to know one is approaching, after all. This move will more than likely end up saving lives, even if it does take away one of the "cooler" parts of going electric.

If you're an electric vehicle owner in the United States thinking you're out of the woods, don't get too cocky. In America, the National Highway Traffic Safety Administration is going to require that all hybrid and electric vehicles make artificial noise by September 2020. They'll be required to emit noises up to 18.6 mph instead of 12 mph, however, so it's possible manufacturers will ensure the higher threshold begins coming standard on newer models that hit the market.

If you're curious what kind of noise the cars might make when out on the road, Jaguar has introduced what its I-Pace will sound like. It's actually a little creepy, to be honest, because part of it sounds a little robotic and musical. There's definitely an overt "artificial" ring to it that sounds more like an odd approximation of a car engine, or what someone who's never actually heard a car in motion before may think it sounds like. It's not too far off from what you might hear in a video game. You can be the judge by listening to the clip below.

Is this going to be an acceptable substitute for the noise a non-electric car makes? Only time will tell. For now, if you're an electric vehicle owner in the EU, get ready. Your world is about to get a little louder when it's time to hit the highway in your electric vehicle. Hey, at least you'll still be doing your part to help the environment.

More like this
The ocean is about to swallow a climate research facility, which feels fitting
By AJ Dellinger
Leaked calls reveal the conservative "master plan" to tank climate action
By AJ Dellinger
Elon Musk's Neuralink made a device that lets a monkey play Pong with his thoughts
By AJ Dellinger
Stay up to date