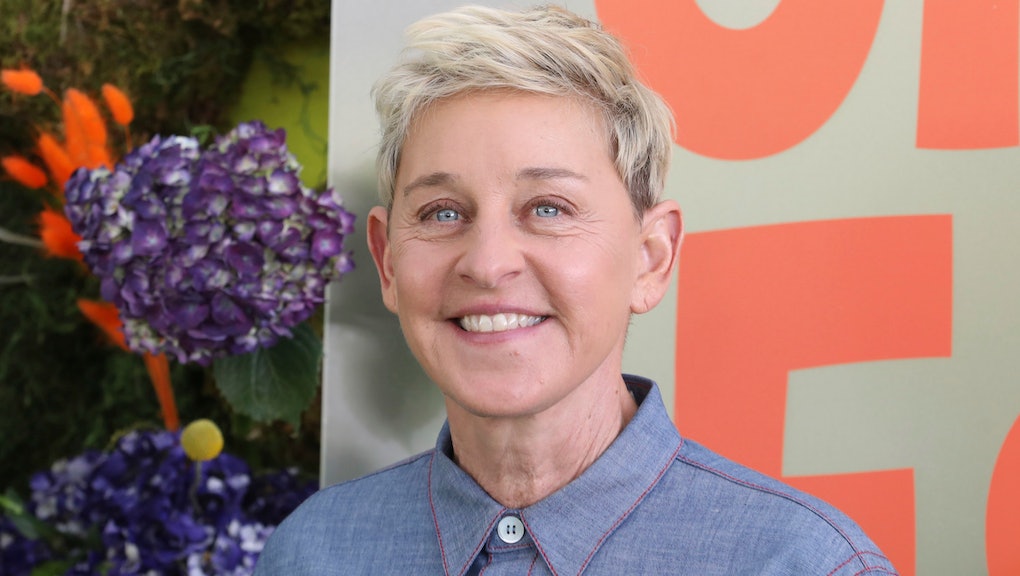 The quarantine lifestyle has been driving a number of celebrities to some strange places. In the case of someone like January Jones, the eccentricities of composing a “human stew” in her home bath are charming and must-watch. Ellen DeGeneres, however, faces a far more credible reckoning for her treatment of workers and alleged behind-the-scenes meanness that’s been bubbling under the surface for years.

On Tuesday, the Daily Beast published a thorough rundown of how the past six months have punctured Ellen’s facade of decency. The most garish display came last October, when DeGeneres cozied up next to the century’s leading war criminal, George W. Bush, at a Cowboys game. Her defense boiled down to “I can be friends with whoever I want, and there’s actually no difference between good and bad things.” Michelle Obama, also known to share treats with Bush in public, agreed.

But the subsequent months of quarantine have only exposed more cracks. Last month, she took a break from awkward celebrity FaceTime calls to deliver a strange monologue about how lockdown “is like being in jail. It’s mostly because I’ve been wearing the same clothes for 10 days and everyone here is gay.” This was not received well, since millions of prisoners across the country face exorbitant rates of infection, when they aren’t repackaging bottles of NYS Clean hand sanitizer.

Last week, Variety reported that DeGeneres has dabbled in some quarantine union busting, hiring an outside, non-union tech company to assist in her at-home programs. Meanwhile, her own crew has been left in the dark about how much work or pay they’ll receive going forward, with nearly all crew members told by production executives to prepare for a 60% pay cut. This isn’t her first rodeo in cracking up union efforts, with head writer Karen Kilgariff telling Marc Maron in 2014 that she was fired after refusing to cross the picket line during the 2008 writer’s strike.

A Dutch beauty blogger has also been poking the bubble this year on a much smaller scale, detailing her less-than-magical trip to The Ellen Show in January. Nikkie de Jager, who runs the popular channel NikkieTutorials, appeared on Ellen earlier this year to discuss coming out as trans in a recent video. In an interview with the Dutch website &C, de Jager claims she was expecting “confetti cannons” upon arrival, but was instead met with an overworked intern. “I was expecting a Disney show, but got Teletubbies after dark. Every guest at Ellen's had a private toilet, but I didn't.” Out of fairness, this sounds like how I’d imagine most daytime or late night appearances might go, but a far cry from the utopian vibe DeGeneres strains to convey.

It’s hard to imagine quarantine slowing the sort of progressivism-as-branding that Ellen’s made her name on, but the hollowness of its message forms an even starker contrast to the pain of millions. When a celebrity is valued at $330 million, it’s especially hard to take their donations seriously, unless it’s entering a double digit percentage of their net worth or reaches the public through more subtle means. Her barely veiled contempt for the working class will never be communicated through philanthropic efforts or episodes of The Ellen Show, but through continued solidarity from her crew members if their hours and pay are reduced. DeGeneres has reached the point of saturation where no amount of bad press could thoroughly tank her reputation, but her workers depend on the public’s attention now more than ever.