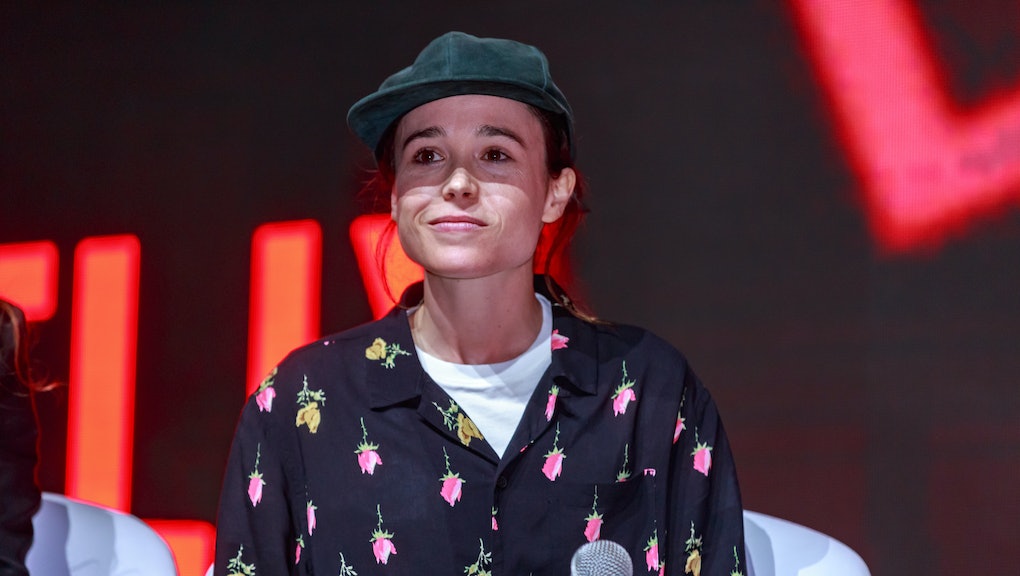 It’s thrilling to see Elliot Page embrace his authentic identity. In the Umbrella Academy actor’s first interview since coming out as transgender, he candidly reflected on the psychological toll of Hollywood’s archaic standards, the liberation of undergoing top surgery, and the importance of being a visible example for other queer and transgender people. Page also opened up to TIME magazine about how the pandemic empowered him to finally change his name and pronouns and force Hollywood to see him the way he’s seen himself all along.

Page didn’t feel at home in his body from a young age. He begged to cut his hair short until his mom acquiesced when he was nine: “I felt like a boy,” Page said. “I wanted to be a boy. I would ask my mom if I could be [one] someday.” Becoming a famous movie star and being forced to play feminine characters made his feelings of gender dysphoria worse.

When Page separated from his wife in the summer of 2020, the ensuing solitude of the lockdown helped him to fully embrace his identity. “I had a lot of time on my own to really focus on things that I think, in so many ways, unconsciously, I was avoiding,” he said. When “shame and discomfort” eventually ceded to euphoria, “I was finally able to embrace being transgender” and “fully become who I am,” Page told TIME.

The actor’s Umbrella Academy colleagues told the magazine Page seems lighter, happier, and more at-ease since coming out publicly. There’s a whole lot to celebrate: when Page disclosed his transgender identity in a heartfelt letter posted to Instagram in December, he was recovering from top surgery in Toronto. “It has completely transformed my life,” Page said, emphasizing the procedure was “not only life-changing but lifesaving.” Not having access to medical care is one of the many reasons an estimated 41% of trans people have attempted suicide, according to a survey cited by TIME.

Page also said he’s been inundated with professional offers to direct, produce, and act. While many of the projects center on trans characters, there are some “dude roles,” too. “I’m really excited to act, now that I’m fully who I am, in this body,” he said. “No matter the challenges and difficult moments of this, nothing amounts to getting to feel how I feel now.”

The actor has long been an advocate for social justice issues and queer rights. “My privilege has allowed me to have resources to get through and to be where I am today,” Page said, “and of course I want to use that privilege and platform to help in the ways I can.”

The actor noted that the decision to come out was “selfish,” kind of: “It’s for me. I want to live and be who I am.” But given how vitriolic the political discourse about transgender rights has been lately, Page also felt a responsibility to further trans visibility. “Extremely influential people are spreading these myths and damaging rhetoric — every day you’re seeing our existence debated,” he told TIME, referring to Dr. Rachel Levine's recent confirmation hearing when she was subjected to an angry rant against trans "genital mutilation" by Sen. Rand Paul (R-Kentucky). “Transgender people are so very real.”

“We know who we are,” Page added. “People cling to these firm ideas [about gender] because it makes people feel safe. But if we could just celebrate all the wonderful complexities of people, the world would be such a better place.”