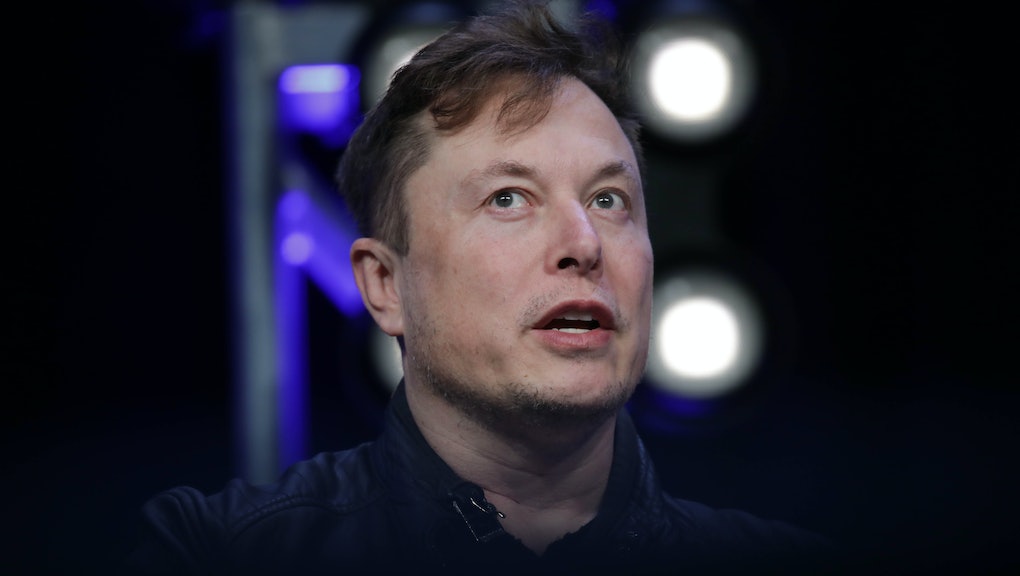 Elon Musk says Neuralink will let you stream music to your brain, in case that's a thing you want

Elon Musk has not been shy about making big promises with his companies, including ones that he often fails to actually deliver on. But while the missions of SpaceX and Tesla are relatively clear, Musk has another company that is a bit more nebulous in its goals. It is called Neuralink, and it is working on implantable brain-machine interfaces. The lack of specifics as to what that means exactly has given Musk ample opportunity to make extravagant claims. The billionaire has promised new details about the project later this year, but can't seem to help teasing new possibilities in the meantime. His latest effort to hype up the company is a promise that it will make it possible to stream music directly into your brain.

To be fair to Musk, he didn't directly proclaim, unprompted, that his company will put an end to the need for headphones by turning your brain into an audio jack. He was asked on Twitter, "If we implement Neuralink - can we listen to music directly from our chips?" and simply responded by saying, "Yes." Another Twitter user asked Musk if Neuralink would be able to "stop rapid firing, when needed, in neural networks for patients with OCD," and "stimulate the release of oxytocin, serotonin, and other chemicals when needed?" The user also asked if the device will be able to "artificially work the neuron and synapses." Without adding a lick of detail or explanation, Musk once again just said, "Yes."

This is not the only recent claim that Musk has made about Neuralink's capabilities. Earlier this month, Musk was asked on Twitter if Neuralink could be used to "retrain the part of the brain which is responsible for causing addiction or depression." In a now-deleted tweet, Musk replied, "For sure," seemingly suggesting that his company may hold the cure to mental illness. He went on to explain, "This is both great and terrifying. Everything we’ve ever sensed or thought has been electrical signals. The early universe was just a soup of quarks and leptons. How did a very small piece of the universe start to think of itself as sentient?”

Perhaps these are features that he and his Neuralink team were already working on or thinking about and the questions gave him the opportunity to confirm that part of the project. Or maybe he just saw some ideas that would get him attention and decided to latch onto it knowing that he'll likely never be held accountable if Neuralink fails to deliver. If it was the latter, mission accomplished.

How Musk and Neuralink, which is currently hiring people with experience solving "hard problems with phones [and] wearables," per Musk's Twitter, will accomplish this all seems relatively vague at the moment. In 2019, the company announced that it was working on a "sewing machine-like" robot that will be capable of implanting thin, electrode-packed threads into the human brain that would be capable of capturing data through sensors and stimulating the brain. In a research paper published last year, the company claimed these threads would be installed via laser, a similar process to Lasik surgery, rather than drilling holes into a person's skull. The threads would communicate with an external chip that would be housed inside a small pod located behind a person's ear.

The early promise of Neuralink is that it might provide a legitimate treatment for neurologic conditions, such as Parkinson’s disease and Alzheimer's. It could also present the possibility of allowing people to communicate directly with devices like phones and computers, presenting new opportunities for people who are paralyzed or deal with physical disabilities. Musk has gone so far as to suggest that Neuralink could "solve" a number of brain-related diseases, claiming that it could address conditions like autism, schizophrenia, and memory loss. but ultimately, the CEO sees Neuralink as a chance for humans to merge with artificial intelligence. While appearing on the Joe Rogan Podcast earlier this year, Musk claimed that Neuralink could eliminate the need for language and would allow people to communicate "very quickly and with far more precision" through their computer-powered brain interfaces. He claimed that could be achieved within 5 to 10 years.

The development of Neuralink is both farther along than one might imagine and still a long way off. Last year, the company shared early results from tests conducted on laboratory rats, which appeared to show promise. Musk also claimed that the company successfully implanted a chip in a monkey's brain and allowed it to control a computer with its mind. As of last year, the company was targeting early human testing during the second quarter of 2020, but progress has been relatively quiet, save for Musk's musings about potential features. Musk plans to provide an update on the company's progress on August 28. Perhaps he'll come up with a chip implanted and give the entire presentation via brain wave communication.