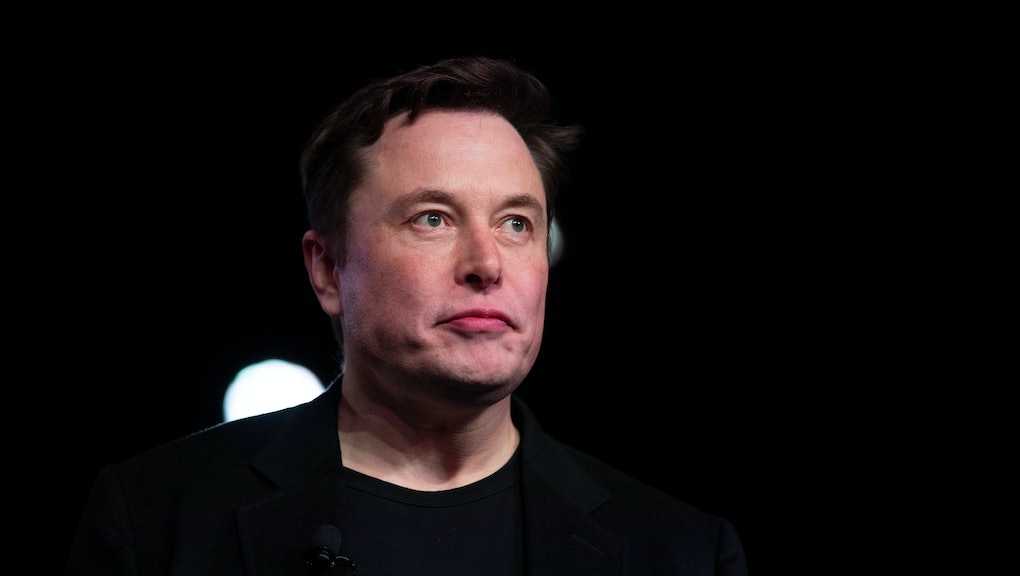 If you've been looking for your chance to ditch this world, one of tech's biggest names says you may not have to wait much longer. On Saturday, in Boca Chica, Texas, SpaceX CEO Elon Musk unveiled Starship, the rocket that's supposedly going to carry people to Mars. That may sound like the beginning of a science-fiction novel, but Musk is set on making it reality.

The 160-foot-tall prototype is just the start of Musk's plans. Although Musk is probably best known for founding electric car company Telsa, he's been interested in space for a long time. In 2002, Musk founded SpaceX with ultimate goal of "enabling people to live on other planets" — aka, colonizing Mars.

Originally, Musk estimated that the cost to get people to Mars would range between $2 billion and $10 billion. However, during an interview with CNN Business' Rachel Crane, Musk says the cost is now "probably closer to a two or three [billion] than it is to 10."

In a tweet, SpaceX wrote, "Starship will be the most powerful rocket in history, capable of carrying humans to the Moon, Mars, and beyond."

With climate crises increasing around the world, Musk's hopes to send people to space may seem tempting — and he's not alone in his pursuit. Amazon CEO Jeff Bezos founded Blue Origins in 2000 with the mission of "building a road to space so our children can build a future."

Bezos and Musk differ in that the former isn't interested in totally abandoning Earth. Instead, Bezos wants to send people to live and work in space so we can use its resources to try solving some problems here.

However, colonizing space isn't going to save humanity. To start, it's not like it would be an easy process. Nick Beckstead, program officer at the Open Philanthropy Project, told Vox that establishing a colony on Mars is "going to be very difficult, very expensive, and probably take a long time." As in, centuries.

Both Musk's and Bezos' ideas have also come under criticism for their elitism and, if actualized, posing unique dangers to marginalized people. As Sam Kriss wrote in the New Inquiry, "Space colonization should be read as an exact analogue to Christopher Columbus’s pillage of the Americas."

It's important to remember that Musk does have a history of making outlandish claims. So while he says that he'll be able to send people into orbit within the next year, his words shouldn't be taken as an oath.

More like this
Scientists are potty-training cows in an effort to save the planet
By AJ Dellinger
Wind power is surging in the U.S., which means all sorts of good things
By AJ Dellinger
Biden's new office to fight for environmental justice already faces an uphill battle
By AJ Dellinger
Stay up to date