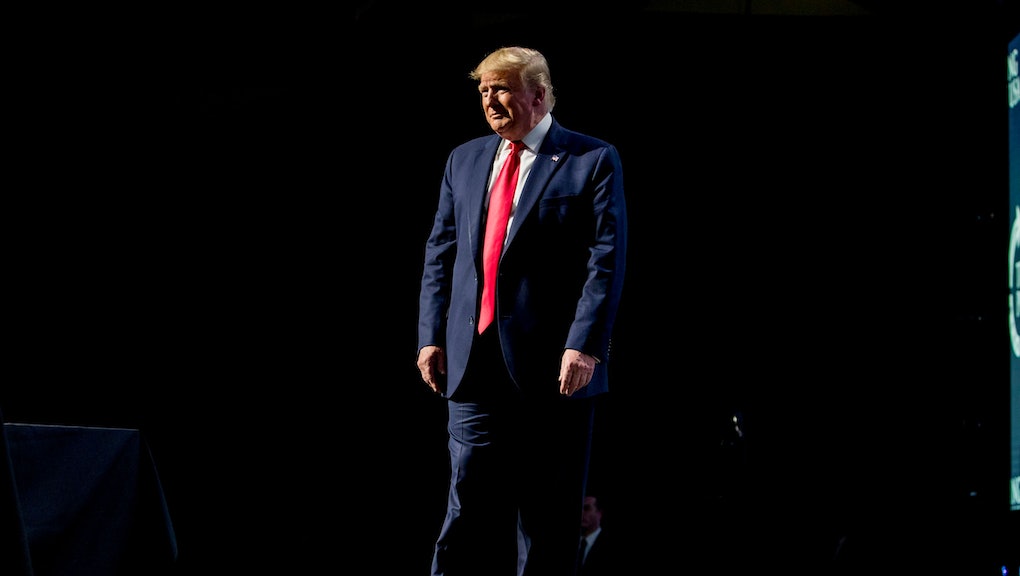 At this point, there’s not much doubt surrounding anything to do with the events that have led to President Trump’s impeachment — we know what he did, we know why he did it, and we know how he tried to cover it up. We also know how impeachment is likely to play out in the Senate, where Senate Majority Leader Mitch McConnell (R-Ky.) has basically decreed that impeachment will be brushed under the rug with a show trial. Still, new details of the sordid affair continue to emerge, flowing from the burst dam of sketchy behavior that is Trump's foreign policy.

According to newly released emails made public as the result of a lawsuit, Trump asked the Pentagon to freeze Ukraine’s security funding literally within minutes of getting off the phone with Ukrainian President Volodymyr Zelensky, whom he pressured to open an investigation into Vice President Joe Biden in their infamous call this summer.

"Based on guidance I have received and in light of the administration's plan to review assistance to Ukraine, including the Ukraine Security Assistance Initiative, please hold off on any additional [Department of Defense] obligations of these funds, pending direction from that process," wrote Mike Duffey, a White House official in the Office of Management and Budget whose job involves dispersing national security funding. His note was sent July 25 — the day of Trump’s call with Zelensky.

"Given the sensitive nature of the request, I appreciate your keeping that information closely held to those who need to know to execute [the] direction," Duffey added, apparently asking for secrecy.

"If there was ever an argument that we need Mr. Duffey to come testify, this is that information. This email is explosive. A top administration official, one that we requested, is saying, ‘Stop the aid,’ 90 minutes after Trump called Zelensky, and said 'keep it hush-hush.' What more do you need to request a witness?" Schumer said.

McConnell has refused to allow further witnesses to testify at the trial, claiming that if Democrats seek more information perhaps they should have made a better case during the House inquiry.

In a statement to CNN, the OMB denied that withholding the funds was connected to the call.

"It's reckless to tie the hold of funds to the phone call. As has been established and publicly reported, the hold was announced in an interagency meeting on July 18. To pull a line out of one email and fail to address the context is misleading and inaccurate," Rachel Semmel, a spokeswoman for the OMB, said in a statement to CNN.

CNN notes that the Duffey email was sent at 11:04 a.m. ET, only 90 minutes after the Trump-Zelensky call, which ended at 9:33 a.m. This was the first official communication to the Pentagon about withholding the military aid, even though it was discussed on July 18 within the OMB as Semmel stated.

Nothing about this new information does anything to change the nature of impeachment as a matter of realpolitik. With a Republican majority in the Senate, McConnell holds all the cards. But it does exemplify a certain shamelessness that is required to deny that anything was improper in regards to how the aid was withheld. Some in the Trump administration apparently knew that what they were doing was wrong, but they did it anyway, as fast as possible, and just asked people to keep mum about it. Then they tried to cover it up.