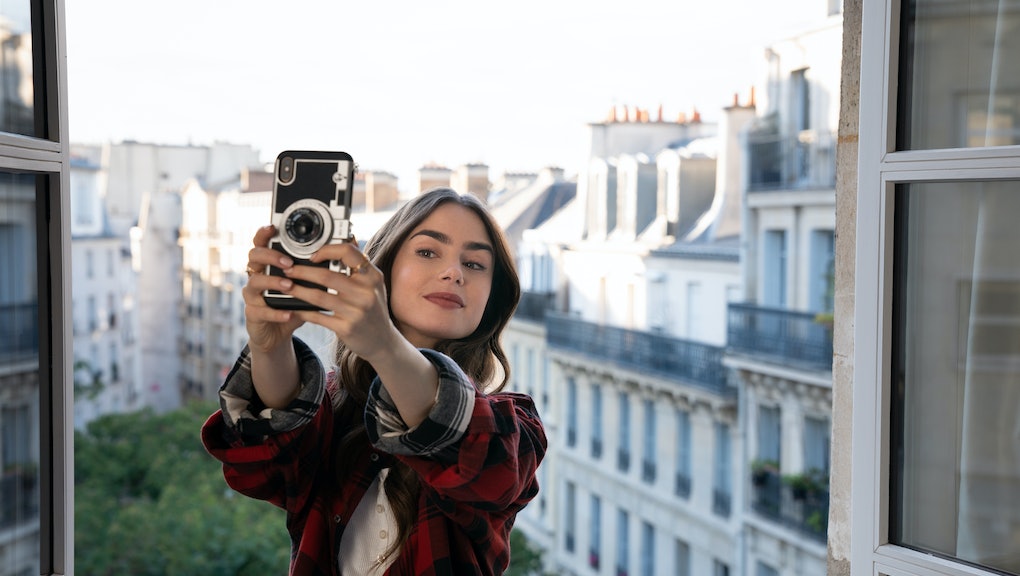 For an innocuously dumb Netflix series, Emily In Paris has made a whole lot of enemies in the last week. The painfully stereotypical show is about a perky American 20-something sent to the City of Light by her marketing job. Emily doesn’t speak a word of French, but that doesn’t stop her from bounding around Paris having Insta-ready adventures while gnawing on a baguette. French people were always bound to hate it, so that’s no surprise. But the series has also managed to alienate some surprising demographics — Chicago style pizza lovers, for instance.

Chicago deep dish pizza institution Lou Malnati’s called Emily In Paris “heartless” for making a mean joke about the restaurant in its pilot episode. When the titular character finds out her French colleagues don’t like deep dish, she snarks, “Oh no, you must have gone to Lou Malnati’s.” The pizzeria took issue with the show throwing punches at an embattled industry in the middle of the COVID-19 pandemic. “It feels especially unkind to disparage anyone during these difficult times, given that most restaurants are struggling to hang on,” Lou Malnati’s wrote.

The French, meanwhile, have taken issue with all the tired stereotypes of themselves. “We haven’t seen so many cliches [...] since the Paris episodes of Gossip Girl or the end of The Devil Wears Prada,” complained French radio network RTL. “The berets. The croissants. The baguettes. The hostile waiters. The irascible concierges. The inveterate philanderers. The lovers and the mistresses. Name a cliche about France and the French, you’ll find it in Emily in Paris,” raged French daily newspaper 20 Minutes.

The series was created by Darren Star, the mind behind Sex and the City. And just like Carrie Bradshaw somehow affording a palatial Manhattan studio and a treasure trove of couture on a freelance writer’s salary, Emily lives an impossibly charmed and glamorous life in Paris on a junior account executive’s paycheck. The expensive clothes, romantic location, and unrealistic escapades are arguably the point for a lot of viewers. But there are plenty of other guilty diversions out there with more substance; Emily In Paris is just hollow. It also pushes a weird sort of American exceptionalism at a moment when the world is baffled by us.

Unfortunately, a whole lot of folks are streaming the show, which leapt to the leading spot on Netflix’s top 10 after premiering on Friday. At least some of the traffic is being driven by people “hate-watching” the series. But in a week when Netflix unceremoniously cancelled actually-good shows like GLOW (ostensibly due to the pandemic), it sucks to see something as maligned as Emily In Paris doing so "well."

More like this
Steve from 'Blue's Clues' gave us the closure we didn't know we needed
By Kara Weisenstein
The 8 best reality shows you're not watching, but should be
By Brandon Yu
After shutting up for a minute, celebrities want everyone to listen to them again
By Brandon Yu
Stay up to date