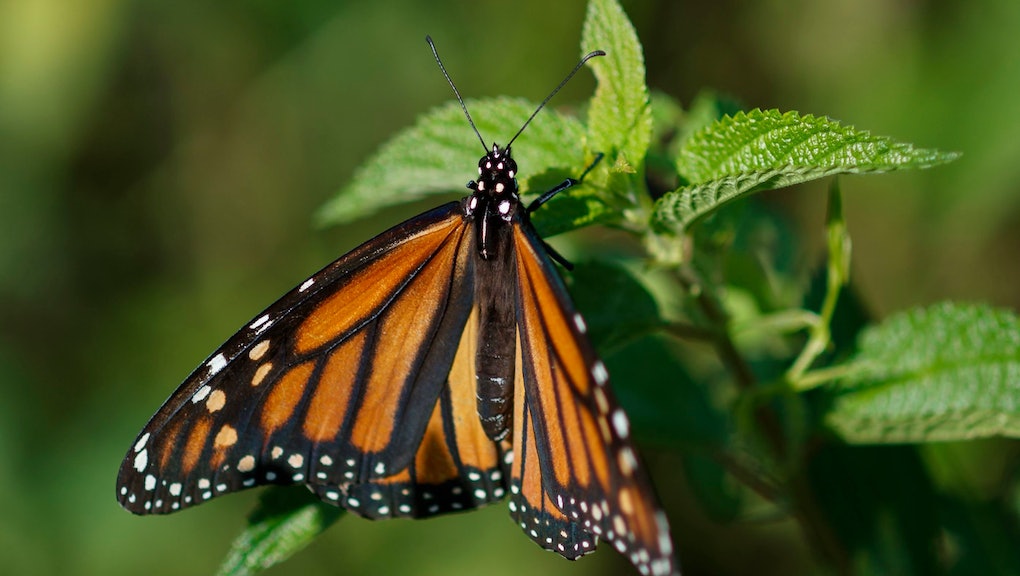 On Aug. 12, the Trump Administration announced broad changes to the Endangered Species Act (ESA) that could weaken the ESA's protective reach and make it difficult to protect future plants and animals at risk of extinction. The changes caused an uproar among critics, who believe the new adjustments make it too easy to drop species from the endangered species list; for cutting down or complicating protections for threatened species that are one level below endangered; and for the new economic assessments that can be used to determine whether profits will be harmed if industry is prevented from working in a critical habitat.

The changes are a tragedy to conservationists who previously touted the ESA as a success story — a global example of how government regulations can help repair human-made damage to the environment. According to the Center for Biological Diversity, the ESA has been 99 percent successful in preventing the extinction of 227 species under its protection. To this day, the Act continues to help over 1,600 plants and animals recover their population.

The Washington Post has called it "the world’s gold standard for environmental protection" since it was signed into law by President Nixon in 1973. The Act has been credited for saving species such as the bald eagle, humpback whale, Florida manatee, and California condor. This gold standard is now being torn down in favor of loosened restrictions that favor industrial development such as logging, mining, and drilling.

'Death by a Thousand Cuts'

Collette Adkins, senior attorney and carnivore conservation director for the Center for Biological Diversity, explained to Mic that the changes will result in a situation where habitat destruction is propelled by something called 'death by a thousand cuts.'

'Death by a thousand cuts' refers to how, under the new rules, industrial developers can chip away at a habitat by claiming they aren't developing on the majority of critical areas. The rules fail to take a broader look at how development will effect the entire ecosystem.

"[F]or example," Adkins wrote in an email, "consider designated critical habitat for the Canada lynx, a shy and very rare forest cat that is threatened by road construction. Road construction leads to disturbance by people (who may interfere with its normal behaviors or even poach it) and eliminates the competitive edge that the lynx’s big snowshoe-like feet provide (for traveling in deep snow) over other forest carnivores. Under the new rules, designated critical habitat could be replaced with roads as long as other parts of the critical designation remain.

"But each time we do that," Adkins continued, "we cut away at the habitat until nothing that meaningfully contributes to the species’ conservation remains."

There are no species that won't be affected by the Trump Administration's changes. "The new rules affect ALL endangered and threatened species," warned Adkins. This includes species that are currently protected as well as species in need of protection. Here is a sample of creatures that could be harmed, taken directly from the U.S. Fish and Wildlife Service's (FWS) list of endangered species.

The Florida Panther is, essentially, a type of mountain lion (or cougar) that lives in South Florida and serves as Florida's state animal. The FWS calls it "one of the most endangered large mammals in the world." The panther can only be found in conservation areas or private ranches where there is little development.

Due to its small living space and habitat loss, researchers predict the Florida Panther could be extinct within 20 to 40 years. Efforts to recover the panther's population include introducing cougars from others states, such as Texas, into the area.

According to the FWS, the Karner Blue Butterfly is a tiny little insect that's primarily found in Wisconsin, though it can also be seen in parts of a handful of Midwest states and New York. This mini-butterfly has an inch-long wingspan with a silver, blue, or brownish color depending on the sex.

The Karner Blue Butterfly has lost most of its habitat due to land development and 'hunting' by butterfly collectors. Its numbers are so low that the FWS has declared it illegal to collect even a few of these rare butterflies.

This threatened species makes its home in the Pacific Northwest, where it is a rare find even in its own habitat. Named for the black spots all over its body, the Oregon Spotted Frog can be anywhere between 1 to 4 inches in length.

The loss of wetlands in the area have greatly reduced the frog's habitat. Residential and road developments, the loss of beavers in the area, increasing water temperatures, and changes in plant life due to livestock grazing have isolated populations and weakened the frogs' genetic pool.

According to the FWS, the Red Wolf is one of the most endangered wolf species in the world. These wolves have a characteristic, reddish color on their ears and legs. They were last found in coastal and marsh areas as their habitats were destroyed elsewhere.

As humans killed off red wolves through hunting or car collisions, coyotes began to take over the areas and directly compete with the wolves for food. The FWS has been experimenting with releasing wild packs of red wolves in conservation areas. However, the rest of the red wolf population can only be found in breeding facilities — save for the experimental packs, this species is essentially extinct in the wild.

Species in Need of Protection

In addition to the species already on the endangered species list, there are still a number of creatures and plants that are waiting for protection. Conservationists have already been worried about the chances of getting a species added to the list. At times, the process of requesting protection for a species could take so long that the species would go extinct before it could be added. With the new rules regarding the 'threatened' status, this could delay protections even further.

"[A]ll threatened wildlife that is listed in the future (e.g. monarch butterfly or wolverine) would receive no protections at all 'from take' (being harmed or killed) unless the U.S. Fish and Wildlife Service promulgates a special rule that prohibits it," said Adkins.

"Threatened species would still receive the benefits from recovery plans, critical habitat, consultation etc. But eliminating the protection 'from take' is a big problem. Many species are at risk precisely because people are killing them, such as insecticides that kill monarchs or traps that kill wolverines."

Waiting for full protection under the 'endangered' designation doesn't help these species too much, either. "[E]xtremely rare species are much harder to recover," explained Adkins, "less genetic variation to deal with threats, problems associated with inbreeding, few remaining populations could be wiped out by stochastic, unpredictable events like droughts, disease, chemical spills etc."

Some species that need future protection under the ESA include the North American Wolverine, reported The Guardian. The wolverine could lose the majority of its habitat due to rising temperatures.

PBS News Hour has also reported on the concern surrounding the Monarch Butterfly's status. The butterfly's population has dropped by 90 percent within the past 20 years due to habitat destruction. It's only expected to drop even more due to climate change. The new rules will make it more difficult to request protection due to future disruptive events.

Groups in Nevada worried over the loss of the desert tortoise, an important species in the local ecosystem that has yet to receive protection. The changes could also impact the efforts to petition for protection for the Joshua Tree by Californian conservationists. The trees risk losing 90 percent of its habitat within 80 years.

Conservation groups, wildlife activists, and local governments have vowed to fight back against the changes. Attorney Generals from California and Massachusetts have indicated they will sue the Trump administration over the changes.

However, whether there will be enough time is in question. According to The New York Times, the changes will happen in 30 days — meaning the ESA will have weaker powers as soon as next month.