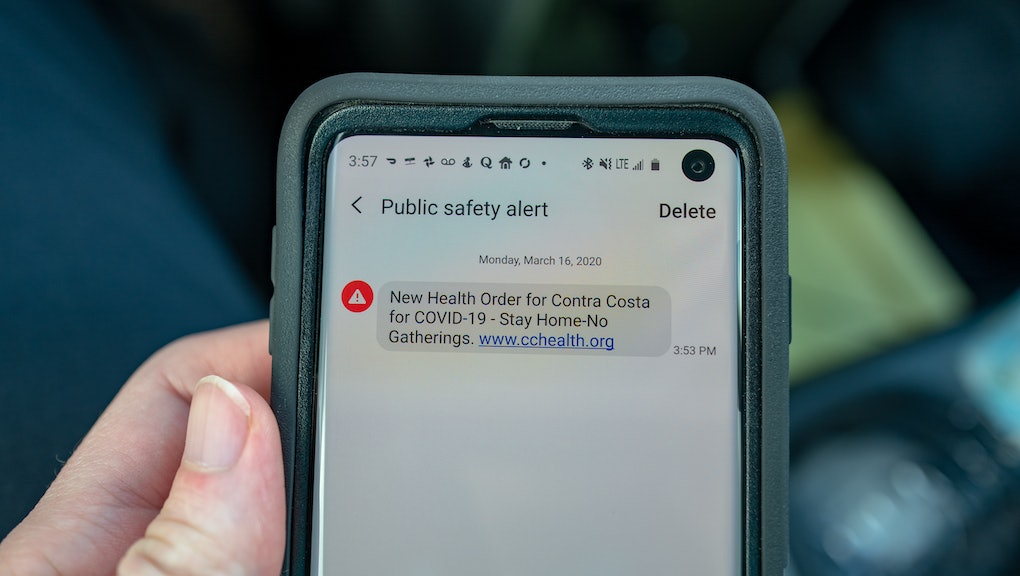 In countries like South Korea, extensive testing for coronavirus is only part of the strategy for flattening the curve and limiting the spread of the virus. The government there has also taken extreme measures to try to identify every step that a person took prior to testing positive for the virus — using GPS phone tracking data, credit card records, and interviews with each patient to determine their movements. That information is made available to the general public so they can see if they have shared a location with someone who carried the virus and get themselves tested, even if they are showing no signs of illness.

South Korea is not alone in these efforts. Reports indicate that China has similarly used state-level surveillance and information-gathering tools to track the movements of people who test positive for COVID-19. According to South China Morning Post, the government has been collecting upwards of 14 days of location data from Chinese telecommunications companies in order to map out the movement of infected people. But as more countries adopt these methods, concerns regarding privacy and government overreach emerge. Iran, for instance, launched an app that was supposed to help its citizens get a diagnosis to determine if they have been infected with coronavirus. Instead, according to a report from VICE, the app appears to track location data of millions of Iranian citizens in real-time. In Israel, the government recently approved emergency measures that allow intelligence agencies to not only look back at the movements of a person who has tested positive for COVID-19, but also monitor the phone activities of those suspected to be infected, per The Guardian.

Public officials in the United States, including former vice president and current Democratic presidential candidate Joe Biden, have likened the fight against coronavirus to war. While the United States does not appear to be using any surveillance tools to track the movements of those infected with coronavirus, it's not unreasonable to think that such efforts may be on the way — particularly given that testing has been insufficient and officials may seek new ways to help people track potential exposure to the virus.

According to a report from Wired, technologists are starting to make the case for using smartphones to address the spread of COVID-19. Some have started work on their own apps and programs that would allow people to log their movements and potentially alert them to interactions with known coronavirus carriers. Others are reportedly pushing for the tech industry to start tracking the virus by default, going so far as to press Google and Apple to release software updates that would automatically monitor the movements of people, with the underlying goal of identifying how the virus is spreading.

For some, it's challenging to hear the rhetoric of war and see efforts to track citizens and not think of overreaching programs like those made possible by the Patriot Act. In times of crisis, governments have a tendency to drop commitments to privacy and ramp up the use of tools that may be able to provide information. But those efforts can often result in excesses and oversteps that are hard to undo once the crisis comes to an end.

There certainly are ways to use technology in a responsible manner during times of pandemic and disease outbreak. "Self monitoring can be a really powerful public health tool, and most people don’t give it enough consideration," Nicolas Evans, an assistant professor of Philosophy at the University of Massachusetts-Lowell, tells Mic. He notes that in Nigeria in 2014, contact tracing techniques were used to great success to limit the spread of Ebola. The efforts, which involved people who test positive for a disease identifying anyone they may have come into contact with and then monitoring those contacts for symptoms, greatly reduced the outbreak. "There’s every reason to think this could be seriously helpful in mitigating the effects of COVID-19, and if cell phones can help tracing, that could be beneficial in this outbreak response," he says.

"Our efforts to track down those with COVID-19 are running headfirst into delicate issues around privacy," David Ryan Polgar, a technology ethicist and founder of tech accelerator All Tech Is Human, tells Mic. "The general public has the justifiable need to want to understand where are safer and where are riskier areas to travel, along with understanding if they may have been exposed to a carrier." But it's not clear just how much that need clashes with privacy considerations. Polgar noted that providing information in a haphazard way runs the risk of creating a public panic or even public shaming if a person's identity is not adequately protected.

Evans says, "Assuming we want this, ensuring privacy of healthcare data is a standard part of the practice of health." He notes that if any information is going to be released about a person being exposed to COVID-19, there is no need to provide other information about the individual — and there is no purpose in directly identifying the person. This is certainly a risk. A Reuters story focusing on the spread of coronavirus in South Korea showed how a single person came in contact with and potentially infected more than 1,160 others. If that person's identity was exposed, be it intentionally or simply through someone re-tracing their steps to determine who it is, they could face a considerable amount of public backlash and vitriol. Fears of that, Evans warned, could result in "more adversarial uses" of technology, "such as individuals buying or switching out SIM cards of physical phones to fool the program."

Polgar says if any of this information is going to be made public, "The best strategy around giving out information may be around layering it — giving out general information that would allow one to know if they were potentially exposed, along with the ability to be provided with additional information." He said this method would be most effective in reducing the stigma that may be attached to those with COVID-19. However, he notes that surveillance technology is likely not the method that will be most useful in identifying and stopping the spread of coronavirus. "Having a reliable test, at this point, is the only accurate system for tracking COVID-19," he says. He notes that technology has been severely misused in the past for these types of efforts, pointing to Google Flu Trends — an effort that Google launched to try to identify people who may be suffering from the flu based on their search activities. The effort was considered a major failure on Google's part when it misjudged the peak of the 2013 flu season by about 140 percent. "The better use of our digital tools would be to help assist those with potential symptoms of COVID-19 to get a reliable test, which then allows the US to have a better picture of the current outbreak," Polgar argues.

Should the United States or other countries choose to lean on tracking technologies like GPS or phone location data to try to map the spread of coronavirus, there are concerns about what else intelligence agencies may use that technology for. "As we have seen throughout US history, our balance around civil liberties often fluctuates with the risks at hand," Polgar notes. "That said, tracking the movements of Americans crosses a threshold we have rarely seen, and one likely to offend our notions of privacy and free will. There is also the slippery slope fear that this type of tracking could be used for not only a legitimate concern like tracking COVID-19, but also applied to future movements."

Often when approvals for tracking individuals or groups of people are granted, even during a crisis, it is hard to return to the prior norm. It might be possible to allow tracking for a short period, inserting a sunset provision that would upend any program for future use after the outbreak is long gone. "Setting limits is an important part of implementing any public health process that infringes on individual rights," Evans says. But, he notes, it's never a guarantee that liberties will be restored after being taken away. "I’m worried that if this is successful, it will be held up as a justification for having sweeping mass surveillance programs in the first place. And I think that’s totally wrong-headed — this is just a fortunate side effect of what are still unambiguously bad programs."

It's possible that allowing the government to use cell phone data and other information to map out the movements of people who have been infected with COVID-19 might be useful to alert others. It can provide an indicator as to a person's likelihood of being exposed. But without actual testing in place to determine if exposed people are infected, these types of programs have limited upside. They also don't change the methods for staying safe: washing your hands regularly and engaging in social isolation. What could change, though, is the government’s reach and ability to track activities.