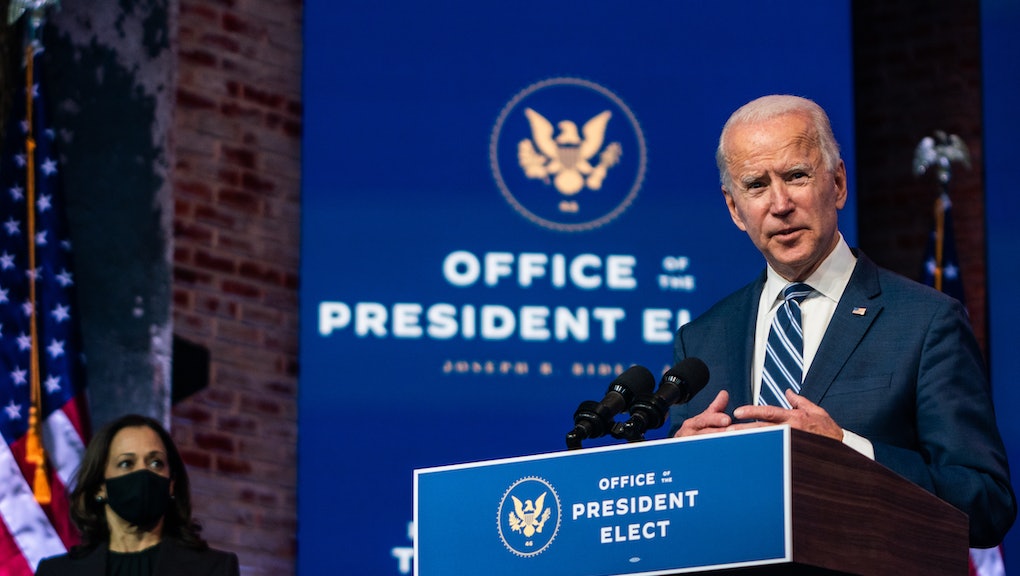 Even a majority of Republicans admit Biden won the election, per a recent poll

It's been five days since former Vice President Joe Biden has emerged as the new president-elect. While President Donald Trump refuses to acknowledge Biden's victory, not everybody shares Trump's difficulty in accepting his loss. Recently, a poll found that almost 80% of Americans say Biden won the election, including more than half of Republicans.

Conducted by Reuters/Ipsos, the poll ran online from Saturday afternoon to Tuesday, and gathered 469 responses from adults in the United States. Of those respondents, only 13% said the election hasn't been decided yet, compared to 79% of adults who acknowledged Biden is the winner.

The poll did find partisan divides, but they aren't as deep as you might immediately think. Almost every Democrat said Biden won, which is to be expected. But Reuters reported that about 6 in 10 Republicans also said Biden was the winner. The survey didn't cover a huge amount of respondents, but it's still important to see that Trump's attempts to sway his party into questioning the election results are not working with everybody.

Still, Trump's refusal to concede is creating a mess at a federal level. In the months preceding the election, Trump did everything he could to lay the groundwork for questioning results that didn't go his way. He was perhaps most vocal about claiming that mail-in voting — a popular alternative to in-person polling given the ongoing pandemic — would lead to voter fraud.

Now, a number of Republicans and higher-ups in Trump's administration are denying reality too. At the start of the week, reports broke that the head of the current administration's General Services Administration was refusing to acknowledge Biden's win and begin the transition process. Then, on Tuesday, Attorney General William Barr gave U.S. attorneys the go-ahead to investigate nonexistent voter fraud, while Secretary of State Mike Pompeo worried many when he stated there would be a "smooth transition to a second Trump administration."