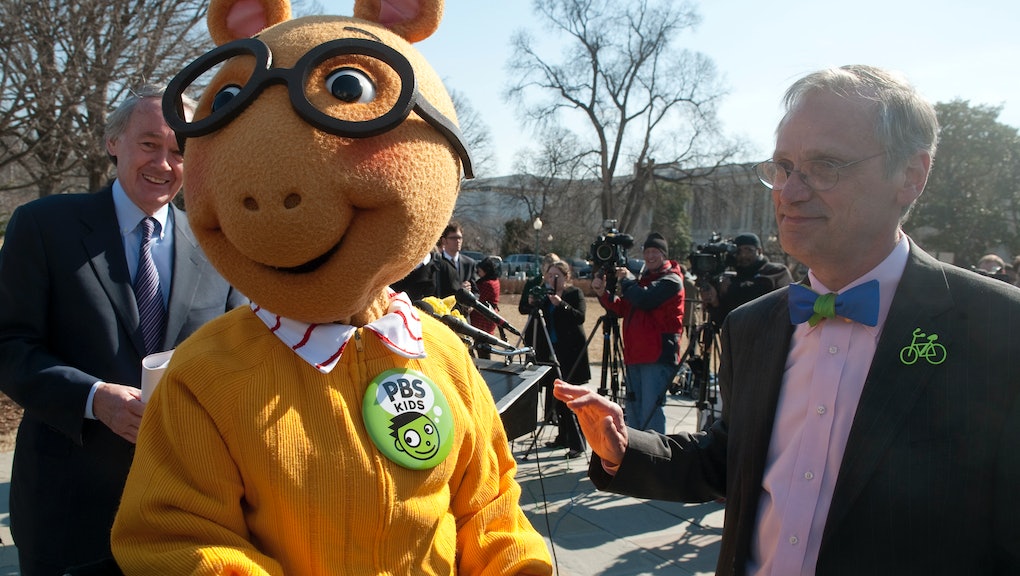 Even 'Arthur' can't escape the cynical rules of modern entertainment

Our fists are decidedly clenched. After a quarter century on air, Arthur will end its run in 2022, PBS recently said. The 25th season of the beloved animated children's show will air in the winter of next year, but the show’s Executive Producer Carol Greenwald confirmed no new episodes would be produced thereafter in an email to IGN.

The news feels, particularly for Millennials that grew up on the show and have helped proliferate its meme culture, like the worst alternate timeline of the current flow of mass entertainment. Amid an endless cascade of adaptations, revivals, and every imaginable commercial property being repurposed and repackaged — from, just this month, the soul-crushing Space Jam: A New Legacy to the next Disneyland-ride-turned-blockbuster Jungle Cruise — Arthur, the humble animated show from your childhood that has chugged along through it all, is instead going to bite the dust.

The cancellation feels harsh for such a long-running program that has a demonstrably devoted fan base. But memes online don’t necessarily translate to current viewers. What the cancellation indicates more is probably more a symbol of an ever-shifting landscape in television — regardless of long-running critical and commercial success, an animated children’s show on PBS is likely struggling to maintain viewership as kids’ entertainment increasingly shifts to other platforms.

PBS, though, already knows this, as Greenwald also confirmed that while the show ends its run and old episodes will continue to air on PBS Kids, they “are continuing to work together on additional Arthur content, sharing the lessons of Arthur and his friends in new ways.” In that sense, it seems as though in its cancellation the trajectory of Arthur is still very much aligned with the hellscape of modern entertainment after all: pivoting a dead show into potentially other forms of more adapted, clickable content.

But it is perhaps too early to tell what the other “content” is — though the use of the word itself feels like a capitulation to the new rules of the game (somewhere Martin Scorcese is also clenching his fist). Maybe PBS, after all, is not a major corporate conglomerate that operates in the same ways. Regardless of what's to come, the news is sad. At least we’ll always have new memes.