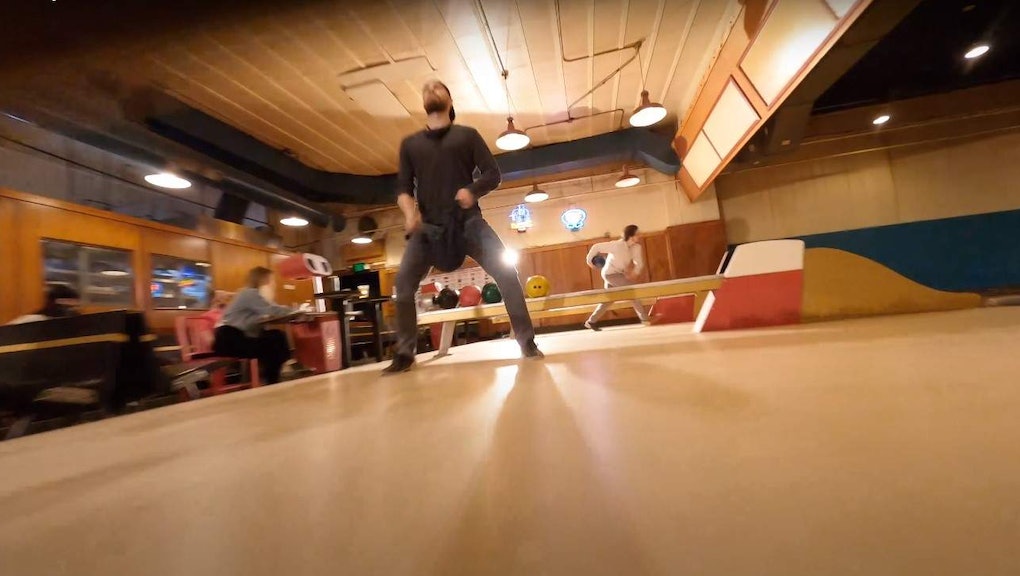 One generation had the “Copa take” from Goodfellas; and the next might have the Bryant Lake Bowl & Theater drone shot. This week, a short video filmed in a Minneapolis bowling alley circulated heavily on social media, and it’s the rare viral phenomenon that truly captivates. In less than two minutes and just one long take, it showcases some remarkable filmmaking wizardry, as a drone swoops in the front door, down the lanes, under a bowler’s legs, back by the bar and theater, and into the pins.

The clip was produced by a duo from Rally Studios, drone operator Jay Christensen and director Anthony Jaska, who launched the project as a way to spotlight struggling local businesses during the pandemic. They didn’t plan on the runaway success, which has now ballooned to millions of views and lavish praise from major Hollywood players, but knew they had a masterful take on their hands. Jaska confirmed with ABC News that they didn’t need to manipulate with special effects in post — that’s truly just one take:

"There's no CGI. That was kind of interesting. But also the positive nature of it — people seeing the skill that it takes and the unique ability it takes to combine the skill of an amazing pilot, the technology of a drone, and the story that can actually be told through a one-take.”

It’s easy enough for the layperson to be dazzled by this sort of thing — my jaw especially drops right when it scales over the divider between visible pins to the machinery in back — but even some Hollywood A-listers are taking notice of the talent on display. There’s Elijah Wood, Coco and Toy Story 3 director Lee Unkrich, and James Gunn, who went so far as to invite the pair to visit the Guardians of the Galaxy Vol. 3 set.

One of those things that is virtuosic enough to overlook spotty mask usage, hopefully rescue a local institution, and launch some filmmaking careers in the process.