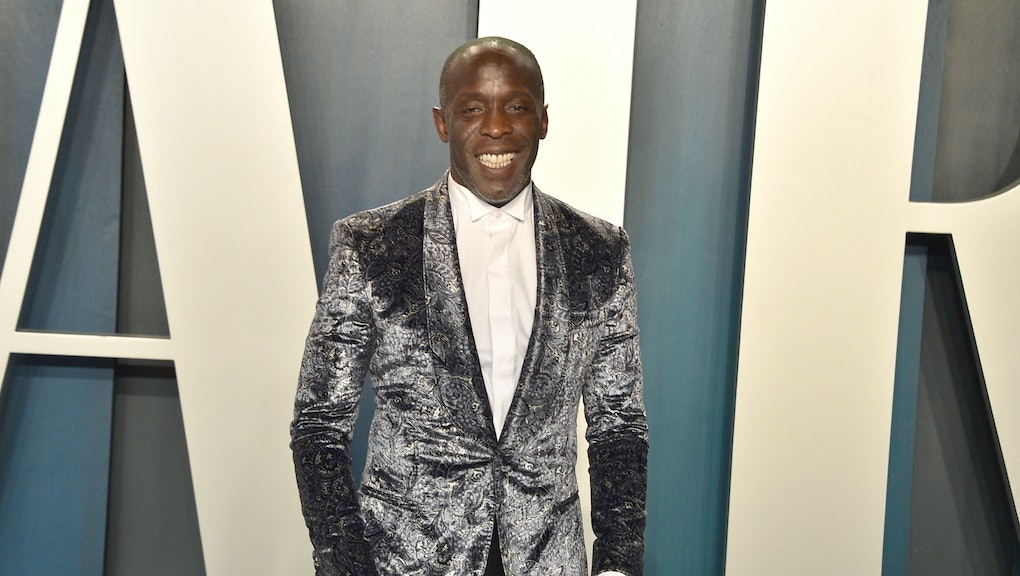 Even in death, Michael K Williams was, and still is, Brooklyn for life

The news of Michael K Williams's untimely death at 54 impacted people all over the world because the late actor's work traveled. Whether it was conflicted father Montrose Freeman in Lovecraft Country or fearsome 'hood regulator Omar Little in The Wire, you'd be hard pressed to find a place on Earth where someone has never seen Williams's unmistakably scarred face. But, no matter where you may have seen Williams, what you were always seeing was a champion of his hometown of Brooklyn.

He was the type to ride up onto someone's place of residence on a bike with a boombox taped to the front of it...in 2021. He switched from professional stoicism to familial glee in seconds of hearing an interviewer was from Brooklyn. He would randomly appear at a park in Brooklyn and dance to house music with the locals — his people and fellow Brooklynites. He wasn't a Brooklyn kid simply because he grew up in the Vanderveer Houses in Flatbush. He was a Brooklyn kid because his story is told.

We only know he rode up to someone's home on his bike because it Pyer Moss founder and fashion trailblazer Kerby Jean-Raymond told the story following Williams' death. Entertainment journalist and Brooklyn native Jerry Barrow shared a video of his When They See Us interview with Williams that gave us a glimpse into the late actor's emotional shift at the mention of his hometown of Brooklyn. A random person in a park gave the world a look at how light on his feet and carefree in spirit Williams could be in his home of Brooklyn. His bond to the borough was DNA deep and infused in anything he ever did, so the stories told about him as a man would always include his home.

To most people in the world, that Brooklyn kid was a Baltimore gangster by the name of Omar Little, Williams' breakthrough role on HBO's The Wire. Part of why his character broke through to mainstream acceptance was in part because it broke barriers for the depiction of gay Black men on TV. The character was described as the gay ‘Robin Hood’ dealer and nearly every interview of his about The Wire featured a question about his thoughts on playing a gay Black man on TV. An openly gay Black man as one of faces of a gangster TV series on HBO was unheard of in the early 2000s, and still is out of the norm nearly 20 years after the classic series went off air. Williams embraced that uncomfortable truth about the TV landscape as a way to differentiate himself from the rest. It's entirely possible he would've never embraced a role as challenging and potentially ignominious as Omar if he wasn't born and raised in a borough where being great is expected and standing out is close to impossible.

"I’m a black dude from the projects of Brooklyn with some talent. It’s like, 'Get in line.' I knew I needed to stand out from all of this motherfuckin’ talent out here," Williams said in a 2005 interview. "When I read Omar, I didn’t look at it and say, 'Why does he have to be gay?' I said, 'Oh, this is it. He’s a homo. That’s what I need.' I took it as a blessing."

More than give him the competitive spirit, Brooklyn helped him fully become the character that would go on to define his career. On the first day of filming The Wire, Williams' brandished Omar's signature shotgun and had no idea which end of the shotgun was which, according to The Wire creator and showrunner David Simon speaking with the New York Times. Determined to not compromise the authenticity of his character, the dedicated actor traveled back to Vanderveer Houses he was raised and enlisted the help of a local drug dealer to teach him the ins and outs of firearms. In 2017, nearly 15 years after the weapon tutorial, Williams called it the "best acting lesson I ever had" — and now Omar is forever embedded in pop culture lore.

No matter where he was, or who he was, Brooklyn was present. Eight years ago, Williams was over 1,200 miles from Flatbush, Brooklyn at the 2013 American Black Film Festival in Miami spreading love to his fellow Black thespians. His kinship with those around him that night was largely based in entertainment, but at all times, he's a Brooklyn kid. BET Sistas actor Devale Ellis recollected on meeting Williams at the festival on his personal Instagram account. Surrounded by the a consortium of the Black entertainment elites, Ellis caught Williams' attention by appealing to his Brooklyn core.

"Everybody was screaming, 'Hey Mike… Mike!!!' I yelled out, 'Aye Yo Veer…(as in Vanderveer).,' You stopped and came right over. “They let Flatbush in here?” You said with a laugh before dapping me up and sharing the type of wisdom that only comes from adversity and triumph."

Williams was more than what you saw on screen. He was an activist, a caring father, a son, a hip-hop head and troubled soul. And Brooklynites will always sing his praises as a son of Brooklyn because he made sure the world never forgot where he was from, whether they knew it or not.

More like this
Colin Kaepernick's new Netflix documentary highlights the man behind the icon
By Keith Nelson Jr.
Daniel Craig's take on a woman playing James Bond is both right and terribly wrong
By Kara Weisenstein
According to the Emmys, only four shows mattered last year
By Kara Weisenstein
Stay up to date