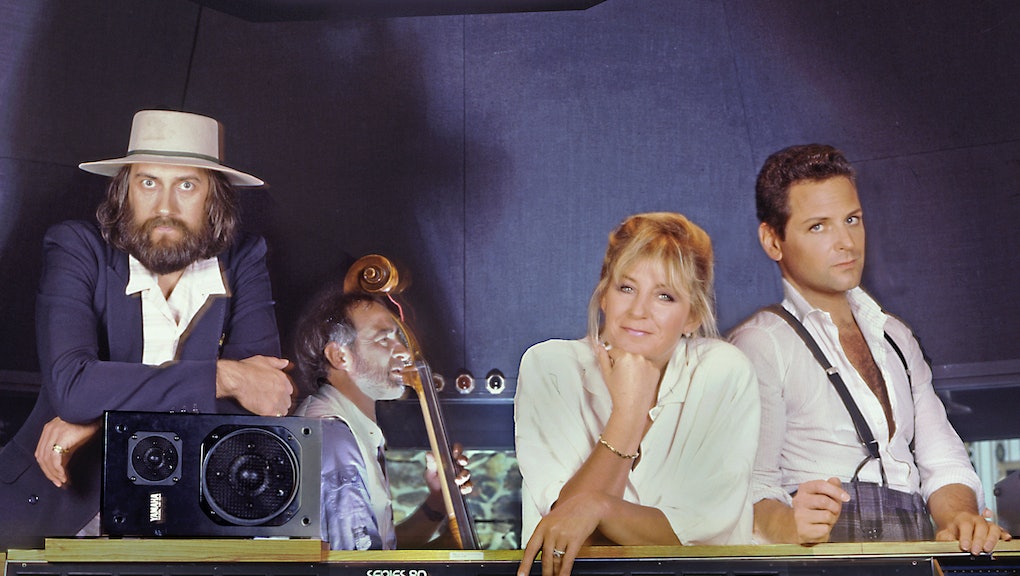 Everything old is new: How viral videos give new life to classic songs

In a year packed with remarkably bizarre and novel developments, Fleetwood Mac have somehow emerged as one of 2020’s biggest musical acts. TikTok user @420doggface208, aka Nathan Apodaca, became something of a household name after his longboarding video soundtracked by “Dreams” went incredibly viral earlier this month. While he’s already garnered countless donations, a new truck from Ocean Spray, and paying customers for his custom Halloween costumes, Fleetwood Mac has reaped considerable benefit.

Earlier this week, the group returned to the Billboard Top 40 for the first time in decades. “Dreams” clocked in at no. 21 and may not be finished scaling the charts. It takes an incredibly specific set of conditions for something like this to maintain its viral shelf life — Apodaca’s willingness to ride out his five minutes, in addition to the band’s giddy embrace of TikTok has certainly helped. Mick Fleetwood joining the platform and gliding around might have bought it at extra week on the chart, and Stevie Nicks’ contribution might ensure it climbs more spots.

You can chalk it up to “Dreams” itself, a perfect, already beloved song that always creeps back into popular culture one way or another. But this sort of surprise revival for decades-old songs is becoming the new normal. Back in the summer, a pair of reaction video twins sent Phil Collins’ “In the Air Tonight” back onto the charts. (It remains to be seen if the song’s controversial use at a recent Trump rally will give it a similar boost.)

These are just two of the new avenues for old artists to regain popular foothold, whether it’s podcasts, memoirs, or viral TikTok challenges. Song syncs in like, a Netflix movie, can still push an old song into prominence, but these unpredictable methods are largely the best way to get it there. Every generation gets its “Don’t Stop Believin’” on The Sopranos or “Bohemian Rhapsody” in Wayne’s World, but now those monocultural moments for classic songs play out on TikTok with a shoestring budget.

If you’ll indulge this masochistic exercise: consider the viral rap challenges that consumed either side of the 2016 election. Hillary Clinton and Bon Jovi tackled the “Black Beatles” Mannequin Challenge as a final attempt to woo voters who ultimately didn’t turn out in high enough numbers in the necessary states. As a good sport to the song’s name, Paul McCartney gave it a try. Future’s “Mask Off” challenge roped in so many different unexpected cover artists. But there’s a degree of coattail riding — and on the part of major label bidders, deliberate attempts to make these things happen — that something like the resurgence of “Dreams” doesn’t evoke. The difference doesn’t speak to Where America Is Right Now so much as the complete lawlessness of what makes a chart hit anymore.

Any number of indie-leaning stars, from Beach Bunny to beabadoobee, can probably testify that having even a three-year-old song surge out of nowhere is a dizzying experience. Even in a case like Lizzo’s “Truth Hurts,” a song can go super viral on TikTok two years after its release, to the point where she had no choice but to include it as a bonus track on the deluxe version of Cuz I Love You. No one — including the artists and their major label handlers — seem to grasp what’s going to stick in the way that “Dreams” has.

Even if the primary vessels for younger generations to find out about classic artists fade further into obscurity — think classic rock radio, Guitar Hero, or even American Idol — there’s always going to be a revivalist spirit under new unpredictable conditions. TikTok’s virality truly feels like it can come for any legacy classic rock act with the right vibe or cultural standing — it’s just their call to tie on the roller skates.