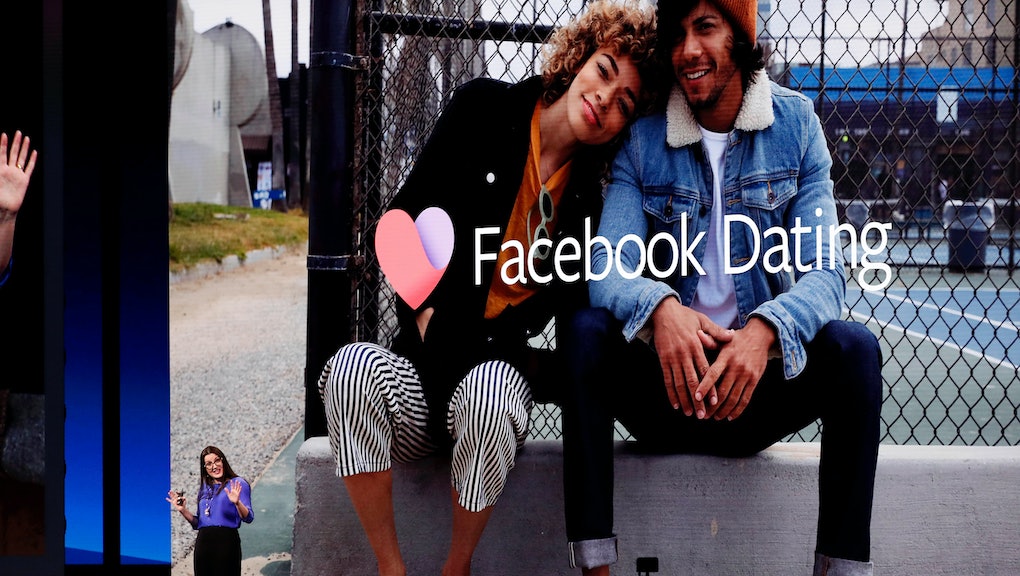 After first being announced in 2018, Facebook Dating has finally come to the U.S. The newish service allows Facebook users to opt-in to creating a dating profile and match with other users that share interests, groups, events, location, and preferences. Facebook Dating also integrates Instagram posts into profiles, offers a 'Secret Crush' feature so you can manually add Facebook or Instagram users you're pining over, and allows safety-concerned folks to share the location and time of their date to a friend using Messenger. All this, according to Facebook, with a single tap.

Reactions appear to be a mixture of interest and apprehension. Most people can't be blamed for their initial wariness, especially given Facebook's well-established reputation for privacy violations. The company is so hyper aware of their tarnished name that the official announcement for Facebook Dating immediately came with an explanation that specifically addresses how they'll handle your private information.

In short, for those who are concerned: Facebook says they'll keep your Dating profile separate from your main; allow you to fiddle with the information you share, such as gender identity, religion, hometown, and occupation; and never suggest friends as a match (unless you've added them in Secret Crush or have enabled matches with 'friends of friends' in the settings). All information shared in Dating is supposed to stay on Dating.

So, as a dating app, is Facebook Dating better than the rest? It's easy to think it could be, considering how much information users already reveal on their Facebook profiles. Other dating apps allow users to link their profiles to their Facebook accounts, but the information they can pull is limited. Facebook Dating lets users access all the information from their accounts, if they want. Your pictures, likes and dislikes, location — it's all already there for use.

What if you've got jokes or made-up info on your profile? Not a problem. Since your Dating profile is separate from your Facebook profile, you can always change the information it grabs to more accurately (or inaccurately?) reflect how you present yourself. Combined with the potential to meet a connection in the same group as you, Facebook has multiple advantages that could spark an interest between two people.

"We're trying to connect people that are open to getting to know each other in the future," said Nathan Sharp, product manager at Facebook, to Wired. "It's all about opting-in and making sure that people are really intentional."

That means no easy swiping. Users have to purposefully select 'Not Interested' and, if they are interested, must comment to someone's photos or questionnaire answers to get a conversation started. Facebook seems to want each step to be as deliberate as possible to connect people as accurately as possible.

Early releases in other countries, like Canada, reveal that these features seem to be a hit or miss with some users. A tester from Vice bemoaned the fact that she couldn't sort through her matches her own way. She also believed the matches weren't very accurate to her preferences in the first place. She eventually lost interest.

She wasn't the only one. A CNET report included an interview with another young woman who said she lost enthusiasm for using Facebook Dating, too.

"I have not put a lot of effort into it because to me it does not have a lot of possible bachelors for me," she said. "I personally believe there is one type of demographic that Facebook Dating is getting and that is the older, possibly middle-aged people."

Yep, there's the rub. Surprisingly, despite all the information Facebook might have on someone, its Dating service could still run into a roadblock: The user demographics.

According to CNET, Facebook users tend to be older, a fact that could possibly skew or limit the dating pool. This is unfortunate news for the age groups that typically use dating apps — mostly people ages 18-35. Other publications have also reported on Facebook's growing over-55 population, pointing out that other services like Snapchat and Instagram have already taken away younger users. Over the years, Facebook has gradually become known as the social media platform where people keep in contact with their parents and grandparents. Folks who want to keep their more, er, 'exciting' personal lives away from Gran's eyes have already moved to a different site. So who does that leave to participate in Facebook Dating?

"I’m not sure if it’s because I’m using the app in its early stages and not everyone knows it exists," wrote Vice's reviewer, Ebony-Renee Baker, "[but] the options I get are slim-pickings at best."

"To add to the weirdness," she added, "about 60 percent of these dudes have at least one mutual friend with me." A fact Baker found rather strange, since it was difficult for her to consider Facebook anything other than "the same place that your friends share baby pics and internet trolls get off on comment section arguments[.]"

Facebook Dating clearly has some hurdles to overcome, from concerns about privacy to busting the belief that only oversharing parents use the platform. The company appears to be combating this by integrating Instagram into its service, which will let users add Instagram and Facebook Stories to their dating profiles to give their matches a better idea of who they are. But time will tell whether it will be enough to attract users from other apps with a broader selection of dating options. A dating app relies on the pool of people available to date, after all.

More like this
Is your cat mad or is that just their face? This app can help you find out
By Tracey Anne Duncan
Climate change could wipe out Emperor penguins by 2100 and I'm devastated
By AJ Dellinger
These 6 countries are most likely to survive a climate change-caused societal collapse
By AJ Dellinger
Stay up to date