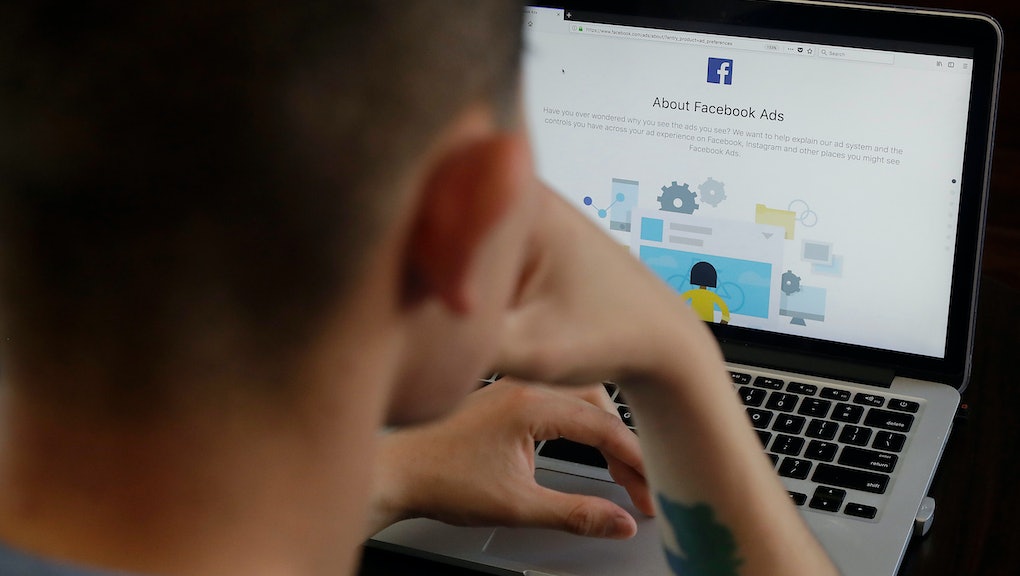 For the past month, Facebook has been scrambling to find a suitable explanation for its bizarre policy that it will not fact-check the speech of politicians, including paid political advertising. This remains the company's position despite being fully willing and capable of fact-checking other advertisements and content. Company CEO Mark Zuckerberg attempted to defend the policy before Congress last week (which went predictably poorly) and has encouraged people to try to push the policy to its brink. Now there is reportedly upheaval within the company's own ranks, according to the New York Times, as employees push Facebook to change the policy before it's too late.

More than 250 employees have signed onto a letter informing the company's CEO that they oppose the current refusal to fact-check political advertisements. "We’re worried we’re on track to undo the great strides our product teams have made in integrity over the last two years,” the letter states. “It doesn’t protect voices, but instead allows politicians to weaponize our platform by targeting people who believe that content posted by political figures is trustworthy.”

The policy itself is also now being put to the test. After Congresswoman Alexandria Ocasio-Cortez asked Zuckerberg if she could run ads claiming that Republican members of Congress supported the Green New Deal, Facebook's CEO said "probably." Former Alaska Senator and Democratic presidential candidate Mike Gravel decided to make good on that idea and started running advertisements on Facebook claiming that Republican Senator Lindsay Graham endorsed Ocasio-Cortez's massive environmental legislation. Despite its own rules, Facebook removed the ad, presumably because Gravel is no longer running for office and because the advertisement was made not by Gravel but by a Political Action Committee (PAC). (Facebook said this week that it will fact check ads from political groups.) In response to the decision, Adriel Hampton — the founder and treasurer of the PAC behind the ad, The Really Online Lefty League (TROLL) — announced that he was running for governor of California so he could run advertisements on Facebook without being subject to fact-checking.

If the whole thing sounds a bit ridiculous, well, that's because it is. Facebook has developed a policy that grants an exemption to its standard level of fact-checking — which it applies to standard posts containing political content. The only difference between those posts and political ads is that the ads generate money for the company. The only difference between ads run by PACs and ads run by politicians is Facebook's naive assumption that politicians will be heavily scrutinized by the general public if they choose to knowingly lie about something.

Those rules don't apply in a world where Donald Trump is president and has told an estimated 13,435 lies during his first 993 days in office, according to the most recent data available from the Washington Post. We are no longer operating in a world where politicians can easily be held accountable for their words. Just 41 percent of people trust mainstream media to report the truth, according to a recent Gallup poll, and a SurveyMonkey poll found that more than 70 percent of Americans believe major news outlets publish things they know to be false. Trust for fact-checkers is slightly higher but also in a tough spot, as nearly half of the population believe fact-checkers favor a political agenda over objective truth. Given the level of political divide in the country and the distrust in traditional gatekeepers, it's almost more advantageous for politicians to lie, to say things that they know people want to hear in order to rally their base and label anyone who refutes them as a liar or biased.

Facebook's policy to not fact-check ads from politicians assumes that we do not live in that polarized world that the company helped to create by pushing people into opinion silos where they are constantly fed only the information they want to see regardless of its truthfulness. When it's convenient for the company, Facebook likes to position itself simply as a platform when it is in fact a gatekeeper that takes an active position in deciding what is and isn't acceptable to share. It plays this role when it comes to false information about vaccines and other misleading scientific claims and disinformation campaigns meant to influence the outcome of elections. But it's choosing not to when it comes to speech from politicians, claiming to just be a platform on which those politicians can share their message unencumbered, even if it is clearly false.

Facebook's employees clearly see what is wrong here. In the letter sent to Zuckerberg, the employees argued that "Free speech and paid speech are not the same thing" and "misinformation affects us all." They watched their boss go in front of Congress and defend the policy of not fact-checking ads from politicians, at which point it likely became clear that the company would not change its policy from outside pressure.

Facebook's employees are just the latest to try to push their company via internal memos and protests. This has become standard practice in Silicon Valley, where employees have taken it upon themselves to attempt to affect public policy when government regulation and intervention has fallen short or failed to materialize entirely. Google employees have walked out in protest for a number of issues, ranging from how the company has dealt with sexual harassment allegations to its decision to build a censored search engine specifically for the Chinese market. The approach has had varying success. Google has claimed to have terminated the China project (though has fallen short of fully committing to never building such a product in the future) and chose not to renew a contract with the U.S. government after employees took issue with the company providing artificial intelligence used to carry out drone strikes. Amazon employees have taken to making public their complaints with company operations, managing to use protest to prompt Amazon to announce new, major green initiatives. Employees have also taken a vocal position against the company's development and sale of facial recognition technology, though that hasn't stopped Amazon from continuing to develop the tools and providing them to law enforcement.

The protest over political ads marks the first time that Facebook's employees have so publicly protested the company's own policies. For the sake of the public, hopefully it isn't the last time. The rules for regulating these sprawling tech companies remain largely unclear because they are so massive and so nebulous that it is nearly impossible to classify them as just one entity. Would a law requiring Facebook to fact-check advertisements run by politicians change anything else about how the site operates? Facebook would likely argue that it would, and would try to muddy the waters as much as possible or use its sizable lobbying arm to push policy that would favor its own interests.

Regulation and rule of law is important, but in a period of political turmoil with Congress split and bipartisan laws few and far between, actually moving forward with legislation feels largely untenable. We shouldn't have to ask the employees of a company to speak up against their employer's own actions and potentially face punishment or retribution, but that's unfortunately where we're at. For the time being, Facebook's own employees might be the best watchdogs we have.