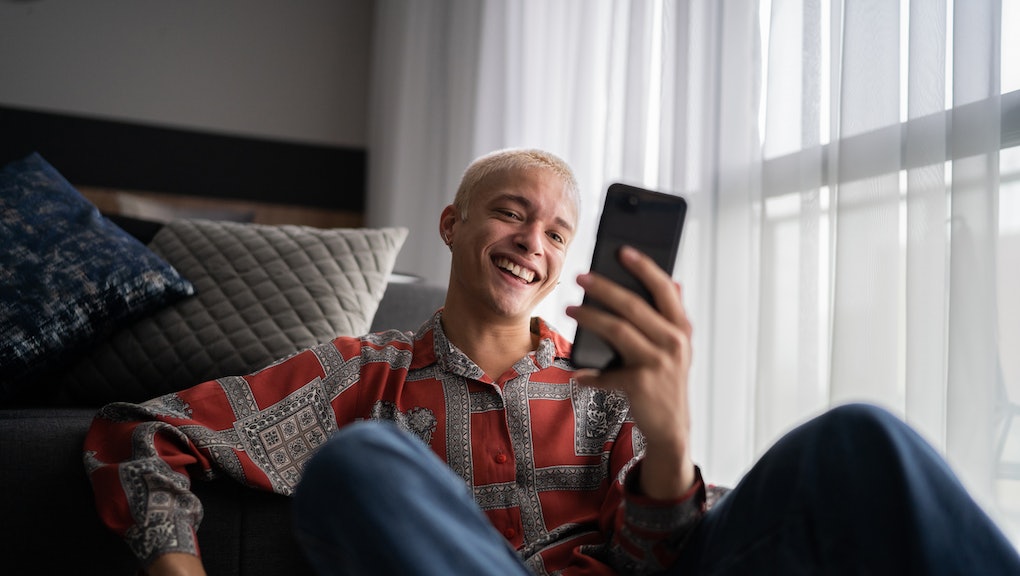 At the beginning of the 2010s when the Japanese-originating emoji keyboard first took the US by storm, I can admit now, I balked at the idea. Why did I need an extra keyboard? Why did my messages need little pictures? How would adding them contribute to the ever confusing world of communicating just through text? At that time texting wasn't new anymore, but it was far from as ubiquitous and accepted as it is today — and I certainly didn't have my parents sending me messages with the frustrated face when I didn't respond in a timely manner. Flash to today, and whole companies now exclusively use chat apps to carry out daily work — and those chats are rife with emoji reactions. So leave it to the ever-evolving Facebook to update the cultural mainstay, adding sound to accompany illustrations when sent in their Messenger app, called soundmojis.

Emoji has evolved in a significant way before, and to varying success, when Apple released the memoji feature in 2018. Memoji allows you to make an avatar of your own face, or really whatever you'd like your avatar to look like (mine is pink with vampire teeth; you care) — and then send the memoji with the same expressions as emoji faces. The addition also allows a talk feature with small facial movements.

While memoji is certainly popular, I'd argue it's not the cultural monolith that regular emojis will always be. It's a bit wild to even consider how impactful such a small tech feature has altered the way we communicate. Emojis have added a comfort to the awkward area of communicating without tonal inflection. A thumbs up always softens what could be a cold, "sounds good." A crying laughing emoji is always friendlier than "haha." And then you have the once innocuous and now lascivious (because, of course) emojis like the eggplant, water splash, and (thank you Beyonce) surfboard to let people know you're DTF.

When it comes to the soundmojis, many sounds are obvious accompaniments to their respective image. The cricket sends cricket sounds, allowing you to remark on prolonged silence. The kissing face sends a kissing sound, so you can really get your point across. The gas emoji even sends a farting sound, so you get where it's all heading. What's most intriguing though are the entertainment and celebrity collaborations with the soundmojis.

Hit show Bridgerton quote "the drama of it all" sends along with the comedy/tragedy mask emoji, and "the excitement of the social season is upon us" sends with the confetti popper emoji (both of which I wager will become hits in the queer world). The initial release also includes sound collaborations with Fast & Furious and Brooklyn Nine-Nine, and the calendar emoji plays Rebecca Black's "Friday." With the staying power of emoji, and even memoji, it will be curious to see how Facebook's soundmoji plays (pun intended) out--especially when it seems that it could become a way for film, TV and music releases to promote themselves.

According to the social media outlet, more than 2.4 billion Facebook messages are sent everyday. As someone who doesn't use Facebook anymore like many of my millennial peers, it's easy to forget how popular the site still is. After their past political nefariousness that we will gleefully not discuss here, it would seem as though perhaps they are trying to capture a younger market again, and remind the world that they're not just for Russian bots, but can be fun too — like your Trump-voting aunt who loved Bridgerton.

More like this
The 7 best history podcasts that are actually entertaining
By Grace Gavilanes
Cybersickness is real. Here's how to prevent your screen from making you miserable
By Angelica Jasper
A #MeToo’d Ryan Adams made his bed and now seems pretty uncomfortable in it
By Chloe Stillwell
Stay up to date