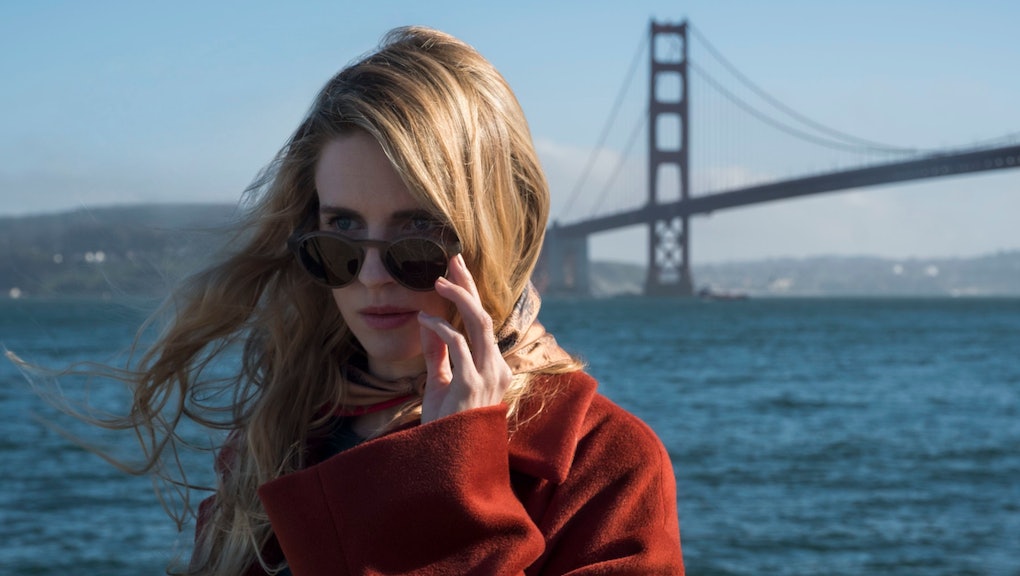 While protesters endure tear gas to march for democracy in Hong Kong, and climate activists plan demonstrations outside the G7 summit in New York, another impassioned group plotted its own means of disruption. Their message: bring back the Netflix original series The OA, created by Brit Marling and Zal Batmanglij.

The streaming service announced it wasn’t renewing the TV show for another season in early August, prompting a deluge of creative fan outrage. There’d be digital billboards bought in Times Square, and a flowers delivered to Netflix headquarters. Protesters planned flash mobs and at least one person went on a hunger strike. If the streaming service doesn’t acquiesce to fan demands by September 10, fans of The OA plan to quit Netflix en masse.

Though their actions have been flashy and dramatic, garnering a lot of media coverage, they don’t seem to have moved the needle at Netflix. A source close to The OA told Variety that Marling and Batmanglij sat down with Netflix to discuss tying up the show’s loose ends with a movie — akin to the way series like Sense8, Veronica Mars, and Firefly have done in the past when they’ve been cancelled unexpectedly. But the creators decided a two-hour film wouldn’t be sufficient to wrap up a story originally intended to be told over five seasons. Subsequently, Netflix released all the actors attached to The OA from their contracts.

Fans of The OA tout its message of empowerment and grassroots organizing. In the show, Marling plays a blind girl named Prairie who goes missing for seven years and turns up with her sight miraculously restored. As she pieces together where she’s been and who she’s become, she draws together another band of misfits, and their connection becomes surprisingly powerful.

“The existence of disabled and mentally ill characters, of LGBTQIA characters and characters of color, is really quite groundbreaking in its portrayal of these groups,” Mandy Paris, an OA superfan organizer, told the LA Times. “There have been YouTube videos that discuss how the show helps people with PTSD, depression, bipolar disorder and other disorders, making people feel seen and understood,” she said.

Most of the activism to bring back The OA is being organized on the internet, unsurprisingly. The central #SaveTheOA hub is on Discord. There’s also a comprehensive action plan on the r/TheOA subreddit; apparently a form of low-lift activism you can perform on the bus or subway is AirDropping the trailer for the series to your fellow commuters, in order to convert the unbinged. Good luck to them.

Emperial Young, 35, who allegedly went on a hunger strike in order to raise the profile of the campaign to bring back the show, says they are frustrated with Netflix's stubbornness. “They continuously express to me that decisions have been made and cannot be changed, but the world hasn't ended,” Young told Mic. “Provided there are humans in charge, there is always an opportunity for a company to change a decision.”

Perhaps if the September 10 deadline comes and passes, another streaming service will make Netflix an offer for the rights to The OA. Despite the plethora of content on offer these days, the impassioned fans of this show are proof that good art finds its audience.

More like this
‘Sexy Beasts’ is a cringey reminder that love is not blind
By Chloe Stillwell
8 shows like 'Ted Lasso' to watch if you need more feel-good TV
By Brandon Yu
Issa Rae, Lil Nas X, and J-Lo just gave us a masterclass in social media
By Keith Nelson Jr.
Stay up to date