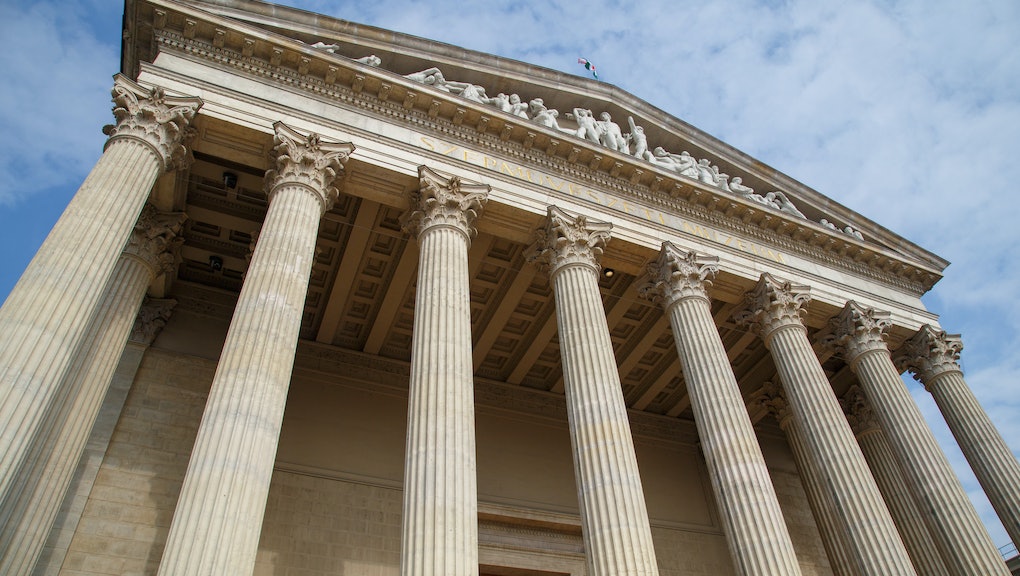 President Trump's ongoing impeachment trial is all that anybody can talk about — except for federal workers, that is. A federal judge is preparing to hear arguments after a massive union filed an injunction against a controversial government guidance banning any impeachment talk. Many are calling the guidance's reach unprecedented and are concerned over potential constitutional violations.

In 2018, the Office of Special Counsel (unrelated to Robert Mueller's investigation into Russian election interference) issued guidance prohibiting federal employees from discussing Trump's impeachment. The agency claimed that doing so could violate the Hatch Act, which was introduced in 1939 and bars federal employees from participating in electoral politics while on the clock.

The controversial guidance resulted in the American Federation of Government Employees (AFGE) filing a lawsuit in August 2019. With impeachment now dominating the news, the AFGE wants a judge to block the guidance immediately, hence the injunction.

“The Trump impeachment is THE major news story dominating the headlines. For federal employees, he is top management, and it is absurd to think impeachment of the boss will not be discussed at lunch and at the water cooler,” AFGE National Secretary-Treasurer Everett Kelley said.

The difference between legislative action and electoral politics is a big driver behind the AFGE's lawsuit. The guidance itself views an impeachment trial as akin to electoral politics because it can result in a president being kicked out of office.

However, the AFGE argues that the impeachment trial is a legislative process and not included under the Hatch Act. As a result, Kelley said, "We view [the guidance] as unconstitutional restrain of free speech."

At the time of its release, the guidance garnered enough controversy that the OSC attempted to clarify it. Instead, the OSC only caused more confusion. The agency stated that it didn't "intend to prevent all discussions of impeachment in the federal workplace." Then, it went on to say workers could "discuss whether reported conduct by the president warrants impeachment", but it would not be acceptable to "advocate" for impeachment.

Trump's impeachment has broached new territory because he is the first president to face impeachment who is also running for re-election. Both Presidents Richard Nixon and Bill Clinton were in their second terms during their respective impeachment processes. The OSC official in charge of Hatch Act interpretations noted the difference in an interview with The New York Times, describing what the Times called the "new wrinkles" given we're in Trump's first term.

In addition to taking issues with the unclear line between what's permitted and not, the AFGE pointed out that multiple White House employees have violated the guidance — most notably, White House counselor Kellyanne Conway.

To Austin Evers, the executive director of American Oversight, a non-partisan government watchdog representing AFGE in the case, the discrepancy is concerning, given that while the president's "high-profile defenders" are allowed to weigh in against impeachment, "ordinary civil servants who might hold different views must refrain from speaking out or risk losing their jobs."