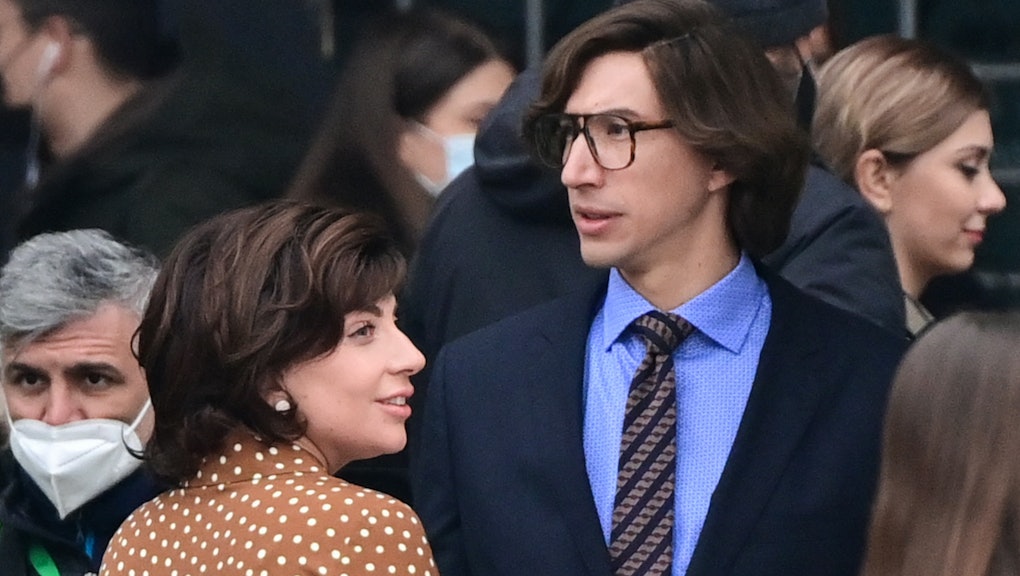 Exploitation is universally bemoaned in our society. When someone is accused of it, we all sigh and condemn the exploiter. And yet we all still participate, because consumer capitalism has made it impossible not to. We buy fast fashion. We have accounts at big banks. We shop at big box stores. We continue to gentrify the world. So with so much potential virtue signaling and morality policing, where do we draw the line with our entertainment, and how does the true crime genre play into our ever exploitative world?

Hollywood loves a true story. Biopics and film based in real life are typically Oscar bait (see Renee Zellweger as Judy, Rami Malek as Freddie Mercury, Marion Cotillard as Edith Piaf, Reese Witherspoon as June Carter Cash, Jamie Foxx as Ray Charles...the list goes on), and because we are voyeurs by nature, they smash at box offices as well. But now that true crime is one of the most popular genres of media, it has had a fascinating evolution. From podcast phenoms like Serial and My Favorite Murder, to investigative television series like The Vow and Wild, Wild Country, it has now jumped to the silver screen and the genre has officially entered the world of nonfiction cinema. With that shift in medium, now films like Lady Gaga and Adam Driver's House of Gucci, and Matt Damon's Stillwater, are bringing the characters they're based on out of the woodwork to defend themselves, and making us all question how portrayals of real life stories should be made.

Amanda Knox has been the center of many true crime deep divers' attention since the tabloid storm around the 2007 murder of her roommate Meredith Kercher in Perugia, Italy, for which she and then boyfriend Raffaele Sollecito were wrongfully convicted. After spending four years in prison, they were both acquitted in 2015 by Italy's supreme court of cassation. Rudy Geude was convicted for the murder and sentenced to 16 years in prison in 2008.

Knox took to Medium to pen a scathing reubuke of both Damon and filmmaker Tom McCarthy. Knox writes, "Does my name belong to me? Does my face? What about my life? My story? Why is my name used to refer to events I had no hand in? I return to these questions because others continue to profit off my name, face, and story without my consent."

While Stillwater is a fictionalized version of what we saw played out in Netflix's 2016 Amanda Knox documentary, which she participated in, Knox still asserts that McCarthy telling Vanity Fair that the film is based off of her story is a deep violation. She took particular issue with McCarthy's reference of "The Amanda Knox saga" writing, "What does that refer to? Does it refer to anything I did? No. It refers to the events that resulted from the murder of Meredith Kercher by a burglar named Rudy Guede. It refers to the shoddy police work, prosecutorial tunnel vision, and refusal to admit their mistakes that led the Italian authorities to wrongfully convict me, twice."

Similarly, House of Gucci depicts the real life events surrounding a storied murder, with Lady Gaga playing Patrizia Reggiani, ex-wife of Maurizio Gucci (Driver), a grandchild of Gucci whom Reggiani was convicted of having killed after he left her. The real like Reggiani was released in 2016 after serving 18 years in prison and earning the nickname "Black Widow." But as the Associated Press reported, Patrizia Gucci, a second cousin of Gucci, takes issue with the film exploiting some of the family's darkest moments for entertainment, and worries what it will mean for the Gucci brand.

Patrizia lamented of the Ridley Scott-directed film, "They are stealing the identity of a family to make a profit, to increase the income of the Hollywood system....Our family has an identity, privacy. We can talk about everything. but there is a borderline that cannot be crossed.” Patrizia goes on to note that in 2000 Ridley Scott’s wife, Giannina Facio, met with the Gucci family to discuss what would have been a more wholesome film about the brand's evolution on the global luxury market, and yet has not returned requests for communication from Patrizia on this film. That revelation would suggest that Scott and Facio might understand a bit of the scope of their exploitation of a family story in this instance.

And this isn't the first time we've seen this trend in true crime dramatizations. The Versace family called Ryan Murphy's season of American Crime Story that focused on the murder of Giani Versace "reprehensible" and "a work of fiction." So where is it then that we draw the line. It's clear from the success of that season of American Crime Story, and the subsequent making of Stillwater and House of Gucci that Hollywood doesn't seem to see the line in exploiting some people's darkest moments for profit. One could argue that it's art, and consent in art has long been a complex conversation. But Hollywood turning up its nose at the real life feelings of the real life people they're stealing the stories of speaks to the money hungry machine we often forget the film industry is. Ultimately it will be up to viewers if they want to consume these stories that profit off of the backs of tragedy -- but if true crime trends tell us anything, people will continue to watch, listen and eagerly await the next salacious story.

More like this
The first frustrating roadblock in Marilyn Manson’s sexual assault lawsuit is here
By Chloe Stillwell
How many times must victims relive their trauma in the Larry Nassar case?
By Chloe Stillwell
Alanis Morissette is really not happy with the 'Jagged' documentary
By Kara Weisenstein
Stay up to date