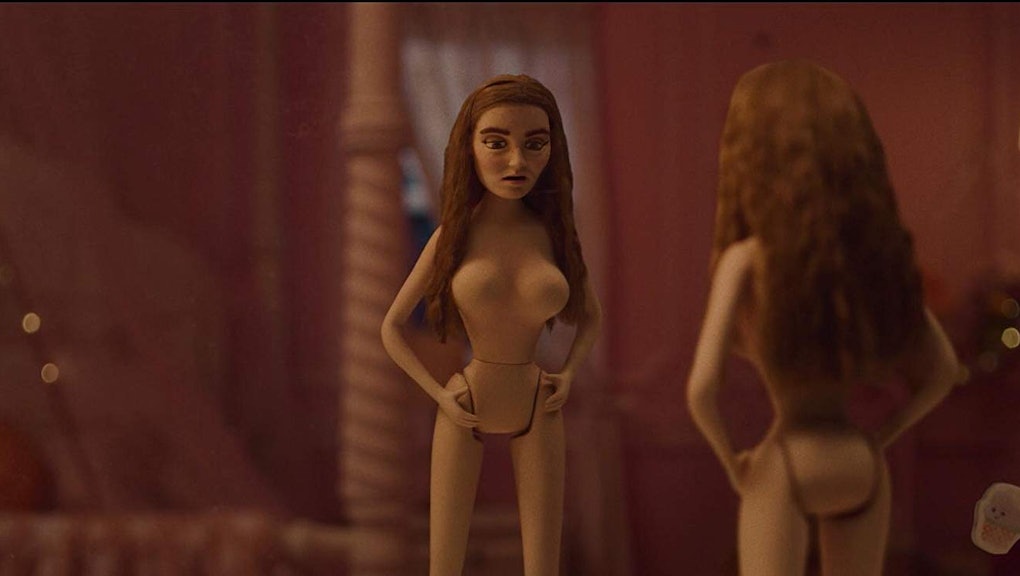 Films like 'Booksmart' and 'Rocketman' are being censored aboard Delta flights

Perhaps you missed Booksmart, one of the freshest and funniest films of 2019, in theaters. Or maybe you saw the film and can’t wait to take its crazy ride all over again. Imagine your delight finding the movie among the entertainment options on your next flight.

But Delta and a number of other airlines have been caught screening a heavily-censored version of Booksmart that omits nearly all of its queerness — arguably one of the most subtly revelatory parts of the movie and a huge aspect of its plot.

Journalist Michaela Barton drew attention to the censorship on Twitter over the weekend after watching the edited version of Booksmart on an Etihad Airways flight. “They cut the ENTIRE lesbian hookup scene, like not even a KISS was allowed! oh but don't worry guys, the Straights got their kiss,” she wrote.

Booksmart director Olivia Wilde took note and investigated, tweeting she was finally able to view the censored version of her film on a flight yesterday. “Turns out some airlines work with a third party company that edits the movie based on what they deem inappropriate,” she wrote. “Which, in our case, is... female sexuality?” She pointed out that viewers have to click through a parental advisory warning to watch Booksmart and other R-rated movies on planes, listed all the parts of the film that were censored, and pointed out the hypocrisy of what was deemed inappropriate.

“By the way, they didn’t cut ANY cursing. Every ‘fuck’ is heard loud and clear, sometimes in the same scene where they muted ‘vagina,’” Wilde wrote. “What message is this sending to viewers and especially to women? That their bodies are obscene? That their sexuality is shameful?

“I urge every airline, especially those who pride themselves on inclusivity, to stop working with this third party company, and trust the parental advisory warning to allow viewers to opt out if they choose,” Wilde continued. Replies to her Twitter thread reported viewers had spotted the censored version of Booksmart on Delta flights, while American Airlines and Jetblue flights appear to be screening the unedited version.

The Washington Post pointed out that Booksmart is at least the fourth example of same-sex censorship of movies shown on Delta flights. The airline came under fire earlier this week for the edited version of Rocketman, the Elton John biopic, currently being shown on its planes. Passengers complained that the film still contains a scene where the singer’s manager physically abuses him, but cut ones in which the two have sex or even kiss.

“What does it say that the edit left in a scene of John Reid assaulting Elton but removed any evidence of intimacy between them or for that matter Elton and any man?” Entertainment Weekly’s Shana Naomi Krochmal tweeted.

Delta gave a statement to The Washington Post on Thursday saying its “content parameters do not in any way ask for the removal of homosexual content from the film.” According to Variety, the third-party editing company Delta employs provides the airline with both the original and cut-down versions of films. It’s up to Delta to decide whether the unedited film violates its content guidelines, and it’ll go with the stripped-down version if so. It’s unclear what aspects of Booksmart prompted the airline to choose the censored option.

The airline came under fire a few years ago for censoring queer themes in two other films, too: Delta kept a heterosexual kiss in 2015’s Carol but totally cut the love scene between the film’s central characters. And it cut a kiss between two women in 2016’s Bad Moms but kept a heterosexual hookup.

Delta announced in 2017 that it would no longer screen edited versions of films that go “beyond omitting explicit material to remove scenes that reflect the diversity of our employees and customers.” But it’s an edict that clearly hasn’t been enacted.

When Booksmart stars Beanie Feldstein and Kaitlyn Dever found out their film was being censored over the weekend, they were furious. “It’s ridiculous,” Dever told Variety. “I don’t even know what to say to that. That makes me so mad.”

“Our movie is a beautiful representation of the queer experience as young people,” Feldstein told reporters on the red carpet at the Academy of Motion Picture Arts and Sciences’ Governors Awards on Sunday. “So we’re getting to the bottom of it, don’t worry.”

More like this
The long-awaited 'Zola' movie looks so, so good
By Kara Weisenstein
'Exterminate All the Brutes' is a messy, ambitious documentary that ties together genocide, white supremacy, colonialism ... and Josh Hartnett?
By Nicholas Russell
'The Nevers' will be so much better when Joss Whedon has nothing to do with it
By Kara Weisenstein
Stay up to date