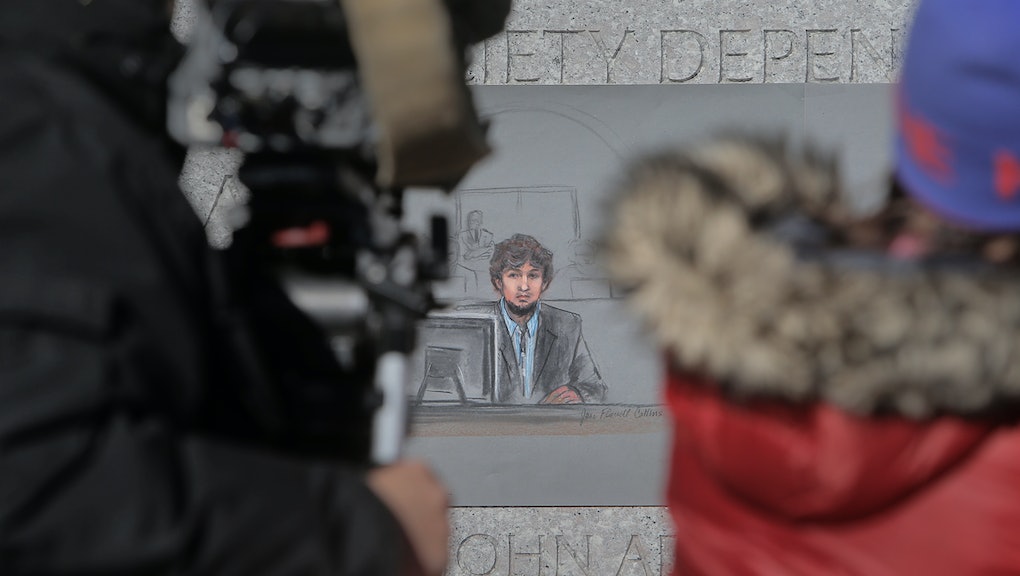 Five years after Dzhokhar Tsarnaev was sentenced to death for planning the 2013 bombing at the Boston Marathon alongside his brother, three federal appeals court judges have overturned that ruling. The three-judge panel from the Court of Appeals for the First Circuit wrote that the judge who presided over Tsarnaev's 2015 trial did not conduct accurate screening for jury bias.

In addition to overturning the death sentence, the judges also reversed three convictions. Tsarnaev was initially convicted on 30 counts related to his planting and detonating explosives at the 2013 race in partnership with his older brother, Tamerlan, who was later shot and killed by police. The bombing killed three people and injured at least 260 more.

Tsarnaev will not stand trial again, as the panel did not dispute that he is guilty of the crimes he was convicted for. Instead, the decision to overturn the death penalty was based on the idea that Tsarnaev may not have had a fully fair trial. As the judges wrote in their explanation of their decision: "A core promise of our criminal justice system is that even the very worst among us deserves to be fairly tried and lawfully punished." They argued that Tsarnaev was denied that right because of bias among the jury; according to the Associated Press, Tsarnaev's lawyers noted that one juror had retweeted another person's tweet that referred to Tsarnaev as a "piece of garbage."

The judges additionally wrote that during the 2015 trial, U.S. District Judge George O’Toole did not respect precedent from previous cases that outlined how a judge should select jurors for high-profile cases where most members of the public would have learned about a defendant before trial. The judges also specifically took issue with O'Toole's decision to keep the trial in Boston, arguing that it would have been near impossible to find impartial jurors in that city just two years after the devastating attack.

In addition to keeping the trial in Boston, the appeals court judges found that O'Toole did not permit Tsarnaev's lawyers to ask potential jurors questions that might have eliminated them from the jury pool. Lawyers were not allowed to ask, "What did you know about the facts of this case before you came to court today (if anything)?" or, "What stands out in your mind from everything you have heard, read, or seen about the Boston Marathon bombing and the events that followed it?"

The judges acknowledge that an impartial jury would have been difficult to convene as the case stood "unrivaled in American legal history," though they emphasize that O'Toole did little to address potential biases.

Now, the federal government can either choose to pursue the death penalty once again, either to the full appeals court or to the Supreme Court, or let a sentence of life without the possibility of parole stand.

More like this
Vaccines are good. Threatening to evict someone over them is not
By Rafi Schwartz
After 9/11, the U.S. leaned into security theater. Here's how that's playing out 20 years later
By Vanessa Taylor
Wow, Donald Trump is actually following through on a threat to sue someone
By Rafi Schwartz
Stay up to date