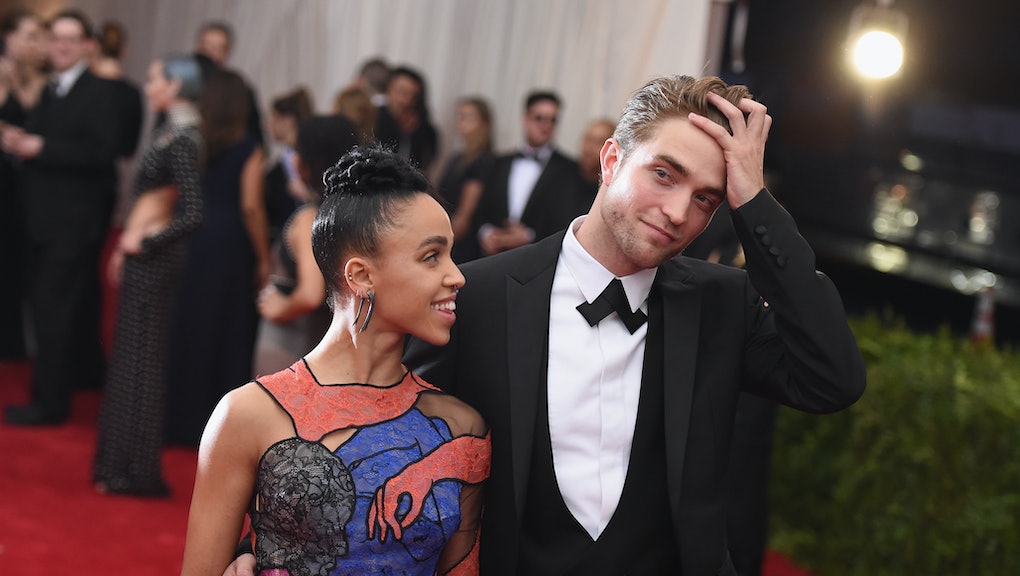 Somebody cut FKA Twigs some slack already. The singer filed a lawsuit against her ex, Shia LaBeouf, back in December, alleging he subjected her to harrowing emotional and physical abuse. Twigs opened up even more about the toxic relationship while speaking with Louis Theroux on the BBC’s Grounded podcast on Monday. It turns out she was subjected to racist vitriol when she dated Robert Pattinson, star of the Twilight movie franchise.

Everybody knows that Twilight has a rather enthusiastic fandom. But the offensive trash some people spouted in the name of a fictional vampire saga is disgusting. Twigs observed that Pattinson represented “their white Prince Charming” and that trolls thought “he should definitely be with someone white and blonde and not me.”

She described the abuse as “really deeply horrific.” Racist commenters would routinely post photos of her alongside images of monkeys, she said. “If I was wearing a red dress, they would have a monkey in a red dress. Or if I was on a bike, they would find a monkey on a bike."

She continued. “It had this massive dysmorphic effect on me. I remember when I'd take pictures, I'd try to hold myself in a way where that couldn't happen again. It's essentially bullying, and it does affect you psychologically. But just for everyone to know, I now love how I look and I’m very confident.”

A good portion of the artist’s interview with the BBC focused on her abusive relationship with LaBeouf. Among the abuses, Twigs claimed her ex-partner imposed a daily affection “quota” and punished her for looking at other men. She said that she’s now speaking up about the abuse and its effect on her, “because it is something in society that’s a really big problem and it’s really common, but for some reason we don’t talk about it.”

Twigs released her album Magdalene right before the pandemic struck. Almost an entire year later, it’s impossible to listen to the somber tunes without putting them in the context of LaBeouf’s alleged abuse. Unable to tour in 2020, Twigs instead turned her attention to making new music in lockdown.

The forthcoming album promises to be far more upbeat. Twigs said the new stuff is, “ironically, a lot lighter than the usual music that I make. I spent so much time in darkness… that when I’ve been in lockdown, I’ve been really missing my friends and going out… and dancing. I’ve wanted to make music for the people closest to me that I love.” Same, girl. Can't wait to dance with you soon.