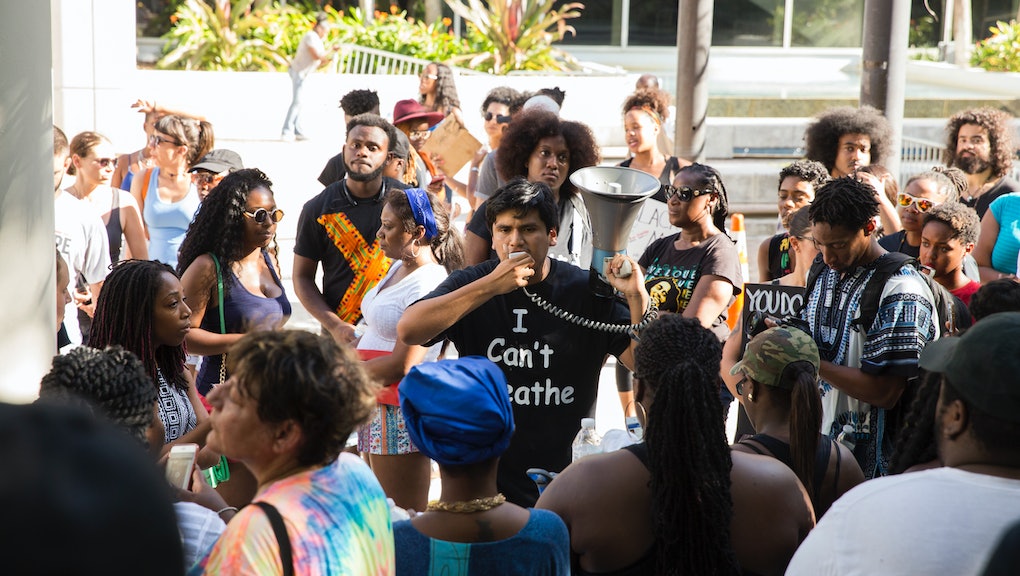 In late September, following months of social justice protests in the wake of police violence against unarmed back people like George Floyd in Minneapolis, Breonna Taylor in Louisville, Kentucky, and Jacob Blake in Kenosha, Wisconsin, Florida's Republican Gov. Ron DeSantis threatened to rain "a ton of bricks" on social justice demonstrators who, in his words, take his state "down the road that other places have gone."

This week, the public got its first glimpse of what those bricks might look like, and for anyone hoping DeSantis would use the opportunity for a measured, thoughtful response to the civil unrest instigated by the most egregious cases of systemic racism, things aren't looking promising.

According to draft legislation obtained by the Miami Herald, DeSantis has proposed a dramatic expansion of the "stand your ground" laws that played a crucial role in the state's failure to convict George Zimmerman for the killing of Trayvon Martin in 2013.

According to DeSantis's proposed bill, as reviewed by the Herald, citizens would be authorized to use force against those whose actions result in the "interruption or impairment" of businesses, as well as protest-related looting, which is determined by whether or not it takes place within proximity to a "violent or disorderly assembly."

Put simply, it's the sort of legislation that would offer an expansive legal defense for people who shoot protesters because they believe they are damaging property, or otherwise somehow interfering with commerce — conditions which, absent detailed legal definitions, leave enormous room for wildly differing interpretations.

As previewed by DeSantis in September, the bill also would criminalize protesters who block traffic as part of a demonstration, making it a third-degree felony, while simultaneously protecting drivers who kill or injure those same protesters, so long as they claim it was unintentional.

"I don’t think this law should be passed. I think this is a dangerous law," West Palm Beach criminal defense attorney Gregg Lerman told CBS12.

"I think this law doesn’t lead to peace in the streets," he continued, describing the potential outcome as "looking like the Wild West."

In addition to potentially escalating the odds of violence during protests, the proposed legislation also seems clearly designed to have a chilling effect on demonstrations as a whole. Right now, it's not anything more than a draft from the governor's mansion — there are no corresponding bills in the legislature — but it's an alarming escalation of rhetoric.

"These are not mobs running around the street," former state ACLU deputy director Melba Pearson told the Herald. "People are using their First Amendment rights. This is a democracy, lest some in Tallahassee forget."