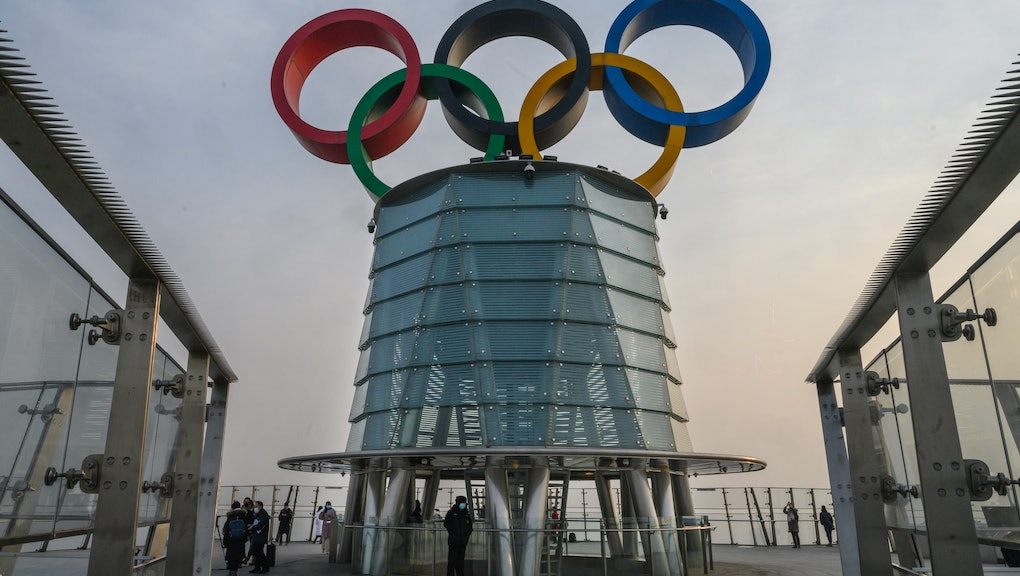 Florida volunteers to host the Olympics — and more COVID-19 outbreaks

Much like any other large-scale gathering scheduled for this summer, the Tokyo Olympics are considerably in doubt. In the face of rising COVID cases, Japanese officials have reportedly gestured — and adamantly ungestured — at canceling the games outright. The state of Florida, which has been grotesquely worse in managing the pandemic than Japan in every way, has provided a possible escape hatch.

Florida’s chief financial officer Jimmy Patronis recently penned a letter to International Olympic Committee President Thomas Bach. In the brief letter, he outlines a sales pitch for how the Sunshine State is uniquely suited to house an international tourism magnet, given the alleged success of the NBA postseason bubble in Orlando, marquee UFC events, and the NFL season culminating in a Tampa Bay Super Bowl. Patronis champions Gov. Ron DeSantis’s blood-stained approach to reopening the economy in the face of mass death.

“When most of the major states were shutting down their economies, we were fortunate enough to have a Governor that recognized the important balance of fighting the virus with keeping the economy open,” Patronis wrote in the letter. “Our state has ample hotel capacity and well-maintained transportation networks to accommodate the kind of infrastructure required for a major undertaking of this sort.”

It’s an instructive contrast in state messaging. While the Japanese government has publicly denied reports of the games’ demise, the alleged private maneuvering and tentative nature to moving forward indicates the reality of the pandemic extending well beyond just this summer — with or without adequate vaccination numbers.

Florida, which has five times as many overall COVID deaths as Japan and is currently more than doubling its rate of daily cases, certainly has positioned itself as the most likely state leadership to chase such a pandemic spectacle. Last month, Florida state police raided the home of Rebekah Jones, a former Florida Department of Health employee and whistleblower who has accused the state of manipulating case numbers.

Even if the state clears the unlikely hurdle of International Olympic Committee approval, federal U.S. approval, and enough countries agreeing to send their athletes to the home of a still-raging pandemic, it’s an uphill logistical battle for any state to plan an Olympic games in a matter of months. Most cities carve out nearly a decade for redrawing their urban planning and constructing new arenas for the games. Even with limited travel capacity in one of the most tourism-friendly states in America, it’s hard to see this coming to fruition beyond a chest-puffing exercise in Floridian exceptionalism.