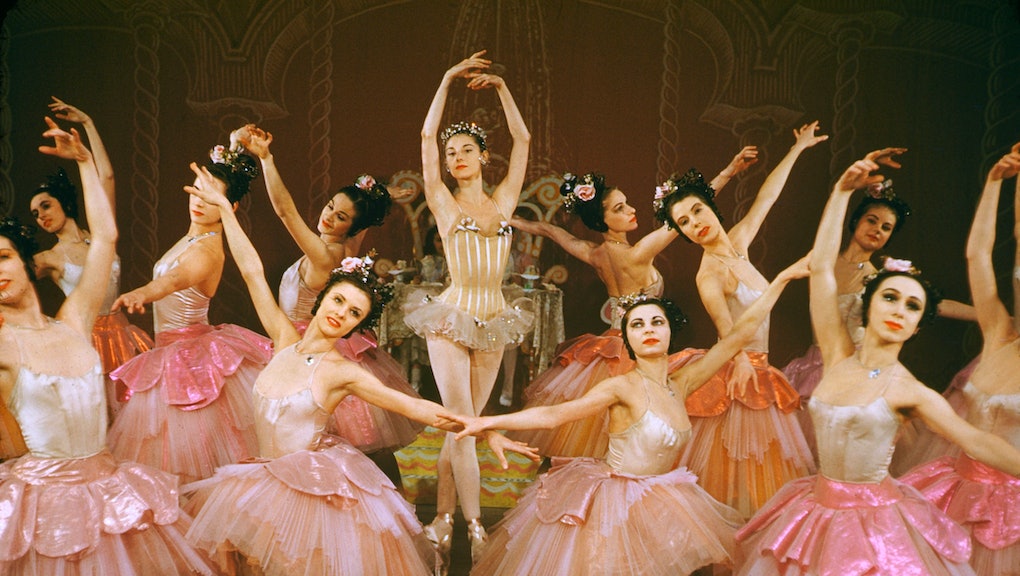 For the first time in its 65-year run, NYC Ballet's 'The Nutcracker' has a Black lead

For the first time, New York City Ballet has cast a Black performer as Marie in its production of The Nutcracker, the classic holiday ballet that’s an introduction to the artform for many children.

Charlotte Nebres, an 11-year-old student at the School of American Ballet, was cast as the lead in choreographer George Balanchine’s rendition of The Nutcracker. Marie is the young protagonist whose enchanted nutcracker doll transports her to a fantastical world made of sweets. (In other versions she’s named Clara.)

The lead children’s roles in the ballet, Marie and her Prince, are always double cast. And this year’s crew is holistically diverse. In addition to Nebres, whose family is from Trinidad and the Philippines, Tanner Quirk (her Prince) is half-Chinese, Sophia Thomopoulous (the other Marie) is half-Korean and half-Greek, and Kai Misra-Stone (Sophia’s Prince) is of South Asian heritage.

When Charlotte’s mother, Danielle Nebres, told her daughter she’d be making history this holiday season — as the first Black dancer to play Marie since the ballet premiered in 1954 — Charlotte’s response was, “Wow. That seems a little late.”

She has a potent point. Historically, New York City Ballet and its feeder academy, the School of American Ballet, have been glaringly, overwhelmingly white. But in recent years, the institution has worked to diversify its companies.

As the New York Times pointed out in 2015, “it takes 10 years to make a dancer,” so efforts had to begin with children. Change will come in increments, but programs to spot and recruit young talent have begun to make a difference: minority enrollment at the School of American Ballet and another prestigious training program, Ballet Theater’s Jacqueline Kennedy Onassis School, has increased. “It’s gone Technicolor fast,” Silas Farley, a 21-year-old biracial company member of City Ballet, told the Times.

Charlotte Nebres told the Times last week that as a young girl, she was inspired by another barrier-breaking dancer of color: Misty Copeland, who became the first female African-American principal dancer at American Ballet Theater in 2015.

Nebres remembers seeing Copeland dance when she was just six years old: “I saw her perform and she was just so inspiring and so beautiful. When I saw someone who looked like me onstage, I thought, that’s amazing. She was representing me and all the people like me.”

“It’s pretty amazing to be not only representing the School of American Ballet, but also representing all of our cultures,” Charlotte added, of her star turn in this year’s Nutcracker.

“There might be a little boy or girl in the audience seeing that and saying, ‘Hey, I can do that, too.’”

More like this
'Exterminate All the Brutes' is a messy, ambitious documentary that ties together genocide, white supremacy, colonialism ... and Josh Hartnett?
By Nicholas Russell
'The Nevers' will be so much better when Joss Whedon has nothing to do with it
By Kara Weisenstein
A love letter to Minnesota's grassroots
By Vanessa Taylor
Stay up to date