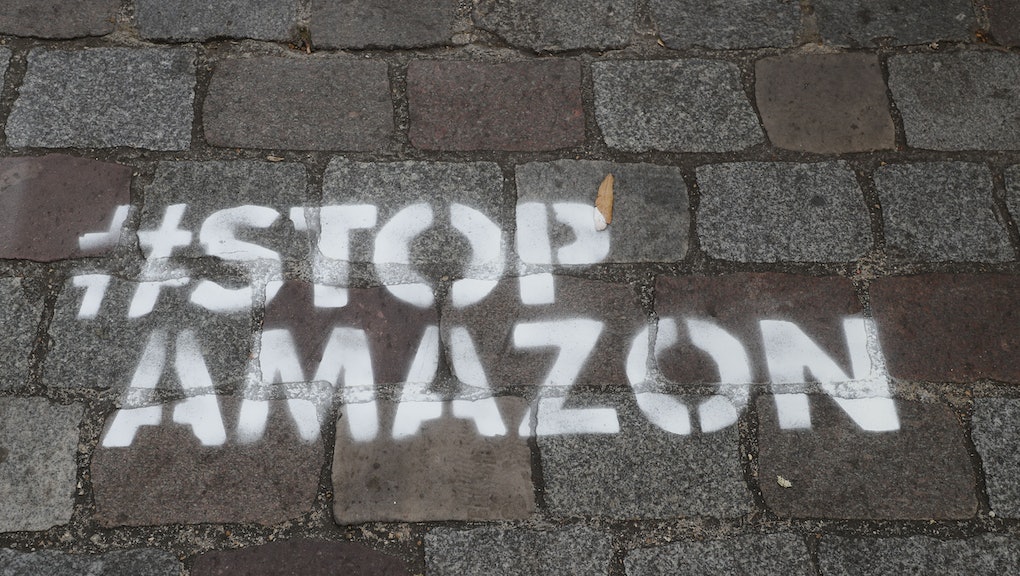 Tim Bray is responsible for some of the fundamental standards that have given us the modern internet. He was also in part responsible for giving us Amazon Web Services, Amazon's cloud computing platform that now controls as much as half of the internet. He's less proud of the latter, not because of the work he did but who he did it for. Bray resigned from his post as a vice president of AWS earlier this year, citing a culture of toxicity within Amazon. Now that he's outside of the company, he is publicly applying pressure to Amazon and many of its tech giant peers, calling for them to be broken up.

It has only been a couple of months since Bray last clocked in as an Amazon employee, but he has managed to use his newfound free time to levy a lot of criticism on the company. He has taken meetings with politicians, including Representative Pramila Jayapal, from the district of Seattle where Amazon is headquartered. He has continued writing blog posts, in which he turns a critical eye to the company he once worked for. In June, he spoke with the National Observer, where he suggested Amazon was simply the latest example of a much bigger issue, seeded by the worst impulses of capitalism. "What we have is a deep, societal problem with an unacceptable imbalance of power and wealth,” he told the publication. He took aim at the company's many different businesses, none of which seem to be directly related to one another but all of which are housed under the same company and drive up profits. “It’s not obvious to me why the retail company, the manufacturing company, the voice recognition company, the cloud computing company, and the Prime video company should be the same company,” he said. Mic reached out to Amazon for comment regarding Bray's criticisms, but did not hear back at the time of publication.

Bray's point is made clear when one sees just how much Amazon has done to dominate in these categories, and how far it will go to maintain and even abuse its grasp on each market. Amazon is responsible for nearly 50 percent of all online sales, according to analysis from research company eMarketer, and has even managed to see growth while much of the retail industry struggles to stay afloat during the coronavirus pandemic. If companies want their products to reach consumers, Amazon is the place to be. But Amazon has used that dominance to make life difficult at times for merchants. Earlier this year the state of Washington started investigating whether Amazon makes it harder for retailers to list their products on other competing marketplaces. And a report from the Wall Street Journal published in April found that Amazon uses data from third-party sellers to develop its own products, often undermining best sellers in price and promoting its own products over competing offerings.

Similar concerns about anti-competitive behavior can be found in its cloud business, which has rather quickly gained a significant market share. Last year, lawmakers started asking some probing questions about Amazon's practices, noting the possibility that the company could use its relationships with AWS to create an unfair advantage for itself. After all, the company's cloud computing service is involved in a massive amount of the web's traffic. Netflix, Slack, and Twitter are all AWS customers, for instance. There are concerns that Amazon could use data collected from those site's operations to create a competitive advantage for itself if proper protections are not in place.

Bray's criticism doesn't stop at just Amazon, either. The former executive said that he sees similar practices across the biggest companies within the industry. “I am not in some radical fringe because I think the wealth and power in the 21st century is overly concentrated,” he told the New York Times in an interview published Wednesday. “The tech industry is a leading candidate for what could be broken up.” But his familiarity with Amazon has allowed him to actually imagine what the company would look like if it divested itself of at least some parts of its operations. Bray started to create a document on GitHub that shows how spinning AWS into its own business could actually help it grow. A company like Walmart, for instance, wouldn't have to worry about giving business to its biggest competitor if AWS operated independent of Amazon's retail operation, Bray suggested. But it appears unlikely Amazon would take that route without direct intervention from the government.

That outcome is not off the table. Last year, the Federal Trade Commission started asking questions about Amazon's businesses, laying the groundwork for a potential investigation into the company for anti-competitive practices. Bernie Sanders and Elizabeth Warren both made breaking up big tech monopolies a part of their platforms during their presidential campaigns. About half of all Americans believe that the government should be more involved in regulating big tech companies, according to Pew Research Center. A reckoning is likely coming for the companies one way or another. Bray is showing his former employer a potential path to break up on its own terms. But if Amazon and other tech firms were willing to self-regulate and keep the interest of the public in mind, employees like Bray probably wouldn't leave in the first place.