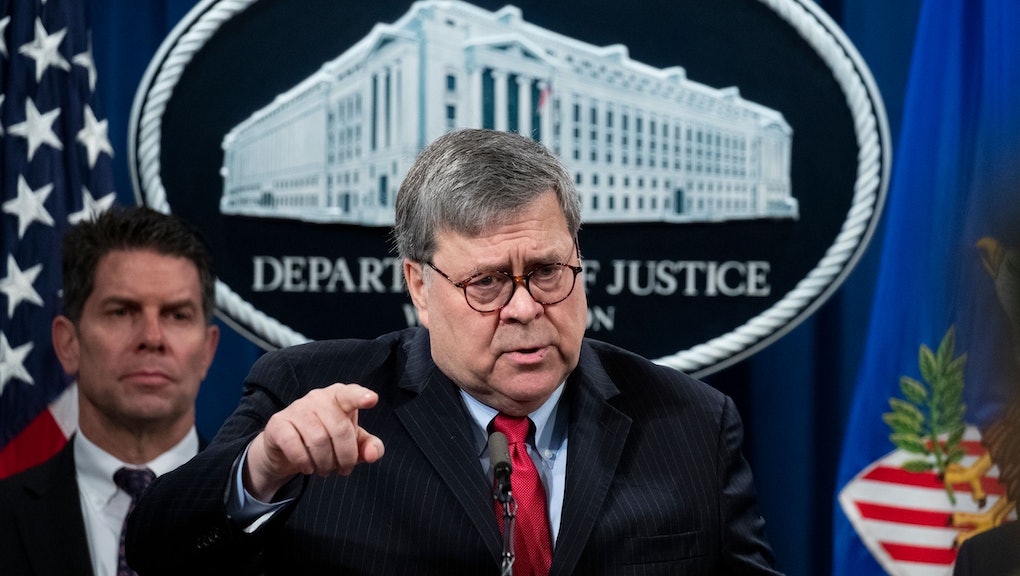 On Sunday night, a group of over 1,100 former Justice Department officials and prosecutors released a letter calling for the resignation of Attorney General William Barr, in response to Barr’s intervention in the sentencing recommendation for President Trump’s adviser and ally Roger Stone. After prosecutors initially recommended a sentence of up to nine years for Stone, Trump attacked the Department of Justice; Barr then stepped in and overrode the initial sentencing recommendation in favor of a lower sentence. This sparked an immediate outcry both within the Justice Department and outside of it; four line prosecutors working on the Stone case resigned and many people accused Barr of giving Stone preferential treatment due to his relationship with Trump.

In the letter, the former DOJ officials — who note that they worked for both Republican and Democratic presidents — criticize what seems to be a blatant case of corruption at their former place of employment.

“Each of us strongly condemns President Trump’s and Attorney General Barr’s interference in the fair administration of justice,” the letter read. The only possible solution, its authors argue, is for “Mr. Barr to resign.”

The harsh letter accused Barr of violating the underlying tenets of the Justice Department. “As former DOJ officials, we each proudly took an oath to support and defend our Constitution and faithfully execute the duties of our offices,” it reads. “The very first of these duties is to apply the law equally to all Americans ... And yet, President Trump and Attorney General Barr have openly and repeatedly flouted this fundamental principle, most recently in connection with the sentencing of President Trump’s close associate, Roger Stone, who was convicted of serious crimes.”

The letter goes on to describe how inappropriate it is for the Attorney General to overrule his rank and file prosecutors in a politically charged case, especially in order to give “preferential treatment to a close associate of the president.”

Barr has not commented on the letter. However, last week, he responded to Trump’s comments on the Stone case with a rare criticism of the president.

“I cannot do my job here at the department with a constant background commentary that undercuts me,” Barr said during a TV interview Thursday.

That criticism wasn’t enough for the authors of the letter, though. “[Barr’s] actions in doing the president’s personal bidding unfortunately speak louder than his words,” they wrote.

The former officials exhorted current DOJ employees to resist corruption within the department. “Be prepared to report future abuses to the inspector general, the Office of Professional Responsibility, and Congress,” they wrote, and “to refuse to carry out directives that are inconsistent with their oaths of office.”

More like this
Wow, Donald Trump is actually following through on a threat to sue someone
By Rafi Schwartz
Tucker Carlson is now spouting the talking points of racist mass murderers
By Rafi Schwartz
If "Today Is America" then what the hell is tomorrow?
By Rafi Schwartz
Stay up to date