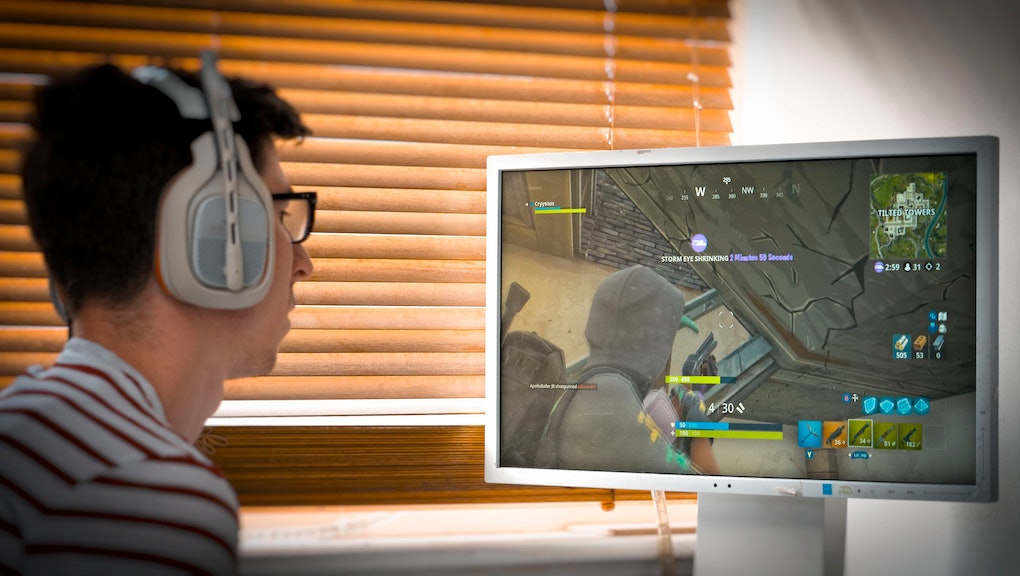 You can all breathe a sigh of relief now, Fortnite players. The massively popular battle royale game, which was taken offline for around 48 hours over the weekend, is now back up and running, with a newly-revealed facelift for Fortnite Chapter 2. Yes, Epic Games' sprawling multiplayer title was unceremoniously yanked offline to mark "the end" of its tenth season, but some Fortnite faithful didn't know what to expect when servers remained inaccessible longer than any previous maintenance period.

While some players knew there was never any real reason to fret, that there was no possible, conceivable way that the game that offered a $30 million prize pool for the winner of a tournament that took place in the heart of New York City was simply "ending," the rest of the population was tense and panicked: when was Fortnite coming back, and was it at all?

It took a couple of days to get everything ready (likely Epic Games preparing serverside), but Fortnite is now back in the full swing of things. In fact, it's practically a brand new game. Those who waited patiently instead of immediately freaking out and assuming Fortnite was no more can now jump into Fortnite Chapter 2, which is a sight for sore eyes for those looking to get a little more out of their battle royale of choice.

Chapter 2 has introduced a wealth of new additions to the already jam-packed game, including vehicles like boats, items like pogo sticks, and even fishing and swimming mechanics. These things, while cool-sounding, weren't even in the periphery of what users could have guessed would be coming to Fortnite. However, boats do make sense with the availability of vehicles in the game previously.

And then there's the map. The old Fortnite map, which some players had undoubtedly spent hundreds of hours on perfecting their craft, learning the best places to drop in via the game's iconic flying "Battle Bus" is no more. In its place is a newer, more expansive island that's rife with areas to explore. It's a much greener location than its predecessor overall, with fewer residential areas or urban sprawls, which immediately makes it more of a challenge to play on – there are fewer landmarks. But it's likely much of that greenery will give way to newer, developed areas as the game wears on in the next few months.

In addition to these fun new items, there's of course a new "battle pass" that players can purchase (with real-world money) to earn bonuses like character skins and costumes through regular play. Battle passes aren't new, as they've been around since Fortnite debuted. But the way this particular season's pass works has. You'll earn additional experience through doing completing a wider variety of activities, like opening chests found out throughout the game map. This should translate to players earning levels quicker, and that might make players a bit happier overall.

The road to Chapter 2 was long and tough, though. On Sunday evening (October 13), a record-breaking 6 million players tuned in via Twitch and YouTube to witness what eventually culminated in a "black hole" broadcast, as Fortnite was pulled offline after a counter ticked down and sirens sounded nearly every minute over a few days leading up to the big "The End" event. When the counter reached zero, it was if a plug had been pulled. No one was able to access the game, no matter which mode they were interested in playing.

"This is The End," the official Fortnite Twitter account posted before setting its profile picture to a blank black image and going dark for the remainder of the weekend. Starting the game proved fruitless, as it simply launched into a black screen. The Twitch, YouTube, and Mixer streams broadcasted a blank screen as well. Still, people continued to watch – 4 million alone on YouTube, in fact.

Eventually, "black hole" imagery appeared, which led players to believe that some sort of cosmic event had actually "eaten" the game as part of its storyline, and as a result the event they had played through really was "The End."

As it turns out, all anyone had to have was a bit of patience and faith in Epic Games to make things right. With that black hole nothing but a distant memory now and a ridiculous amount of new, fun stuff to play, it's time to jump back into the game and get back to what's important: nabbing the ever-elusive Victory Royale – at least, until Epic Games decides it's ultimately time for the next shake-up. And with the introduction of Chapter 2 being this tumultuous, just imagine how much bedlam taking the game offline for Chapter 3 in the future might occur. If this chapter follows in the footsteps of Chapter 1, it looks like we might be ten seasons away from that, though, thankfully.