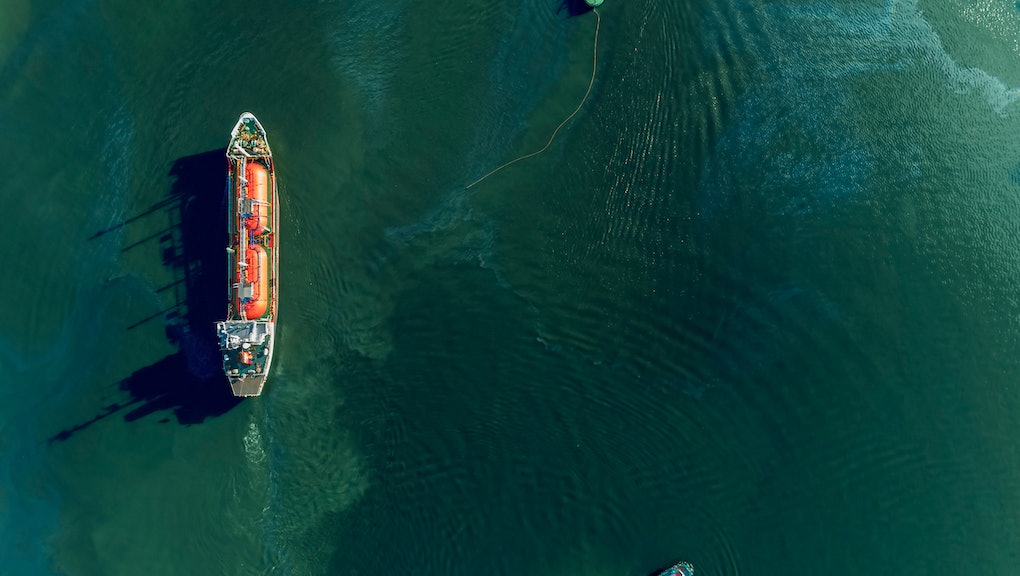 Fossil fuel companies responsible for more than half of ocean acidification, study says

Our oceans are in rough shape, and there is plenty of blame for that to go around. Usually, when we think of the damage done to the bodies of water that cover the majority of the planet, we think of piles of trash and discarded plastic floating aimlessly across the expanse. But a new study published this week has revealed the true source of the degradation of our oceans: fossil fuel companies.

According to research published in the journal Environmental Research Letters, just a handful of companies — 88, to be exact — are responsible for more than half of the ocean acidification that has occurred over the last century. From 1880 to 2015, the time frame during which human-related carbon emissions started to tick up, that small group of corporations were responsible for about 55 percent of ocean acidification. From 1965 to 2015, a time frame during which many companies started to understand the reality of climate change but continued to operate in the same harmful ways, those companies accounted for 51 percent of the ocean's increasing acidity.

Unsurprisingly, Big Oil firms are among those most culpable. According to the study, 48 of the 88 biggest contributors to the ocean's decline are "investor-owned fossil fuel companies." Almost all of the companies listed are either involved in the extraction, refining and combustion of fossil fuels or are in the business of manufacturing materials like cement, according to the study. That means firms like BP, Chevron, Royal Dutch Shell and perhaps most notably ExxonMobile — a company that was taken to court over its failure to disclose information the company had regarding the effects and costs of climate change, though it was not found guilty of securities fraud relating to that knowledge.

That is perhaps one of the biggest points made by the study: not just that fossil fuel companies are largely responsible for the alkalinity of the oceans dropping (and therefore acidity increasing), but that they knew better while they were doing it. A series of reports published by Inside Climate News in 2015 found that ExxonMobile independently performed research dating as far back as the 1970s and found that carbon emission levels were having a dramatic effect on the climate. Likewise, a report published earlier this year dug up a coal industry report published in 1966 that noted the continuous burning of fossil fuels is likely to lead to the temperature of earth rising. Despite this knowledge, these companies continued to operate in ways that contributed to the very problem that they identified. They continued to drill and mine for fossil fuels — seemingly knowing full well the effect they would have on the planet. The result, as shown by the study, is the ongoing deterioration of the health of our oceans — a problem that these few companies were willing to massively contribute to in order to keep their stock prices high.

Ocean acidification is one of the most notable results of these companies continuing their pursuit of fossil fuels. While we often think about air quality in regards to carbon emissions, the oceans feel the effect as well. When there are excess levels of carbon dioxide in the atmosphere, the oceans absorb it, which affects the chemical makeup of the massive bodies of water. The result is a drop in alkalinity (pH) levels, which in turn makes the ocean water more acidic. And we definitely know the oceans are becoming more acidic. According to CoastAdapt, an Australian-based government backed climate organization, oceans have absorbed between one-third and half of all carbon dioxide emitted into the atmosphere since 1850. The result has been a 26 percent increase in the acidity of the ocean, and it is occurring at a rate about 10 times faster than at any point in the last 55 million years.

While things like rising sea levels and warming waters are effects of climate change felt by the ocean that we largely can't see, ocean acidification is much easier to notice because it does noticeable damage to ecosystems that humans interact with. Coral reefs, for instance, are being destroyed by the change in the ocean water's chemical construction. Acidification destroys calcium carbonate, a chemical compound that coral requires to build up its hard exterior. Without that building block, coral reefs can't build themselves up. Even worse, though, is the fact that the acidity has become so bad that it is actually killing off existing reefs. Over the course of 2016 and 2017, the Great Barrier Reef was devastated by these changes to the ocean, possibly to the point of no return. A recent study found that there has been an 89 percent decline in the amount of new coral forming in the reef, suggesting that it is likely dying off before our very eyes. As the coral disappears, the effects on the ocean's ecosystem — and in turn, on humans — could be devastating. It is estimated that about 25 percent of fish species spend at least part of their lifecycle in reefs. They also serve as a layer of protection against surging sea levels in coastal areas. Notably, coral reefs also provide safe environments for plankton that help to produce the oxygen that we breathe — as much as 50 percent of it, in fact.

As the oceans continue to become more acidic, it is likely that we will continue to see the erosion of life both in sea and on land. Whether we are fully aware of it or not, humans are reliant on having a healthy, functioning ecosystem operating within the ocean. Yet our carbon emissions have thrown the waters entirely out of whack. It certainly can't hurt for individuals to try to limit their consumption of fossil fuels and other products that are the result of oil — things like single-use plastics, for instance. But it shouldn't be forgotten that even with all of the consumption of these products that we are responsible for, the majority of the burden still lies with the companies that have chosen to continue extract, refine and peddle fossil fuels despite being armed with knowledge well in advance that doing so would damage the planet. No harm will come from reducing your own reliance on fossil fuels and related products — but more good will come from holding the real culprits responsible for their actions.