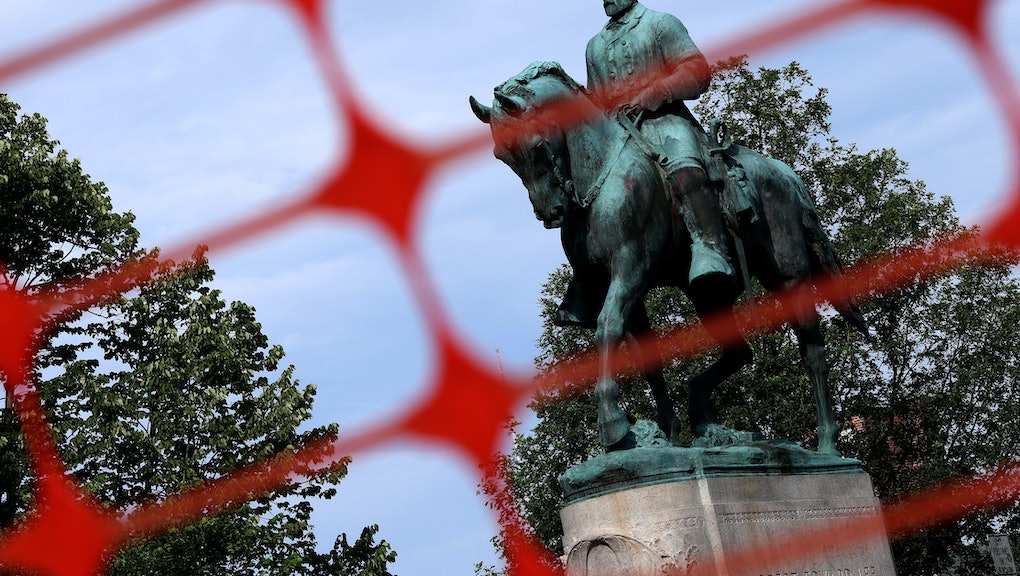 It's been nearly four years since a mass of neo-Nazis, white nationalists, and other assorted racists marched through the streets of Charlottesville, VA, chanting "Jews will not replace us!" as they rallied around the normally unassuming college town's memorial to Confederate General Robert E. Lee. In that time, the self-titled "Unite the Right" weekend has become one of the foundational events in the timeline of modern American white supremacist movements, spawning half-hearted attempts at duplicating the de facto pogrom and propelling then-President Donald Trump into the annals of racist history.

Now, as Charlottesville approaches the anniversary of the Unite the Right rally, the city has announced plans to remove the Lee statue, along with one commemorating fellow Confederate General "Stonewall" Jackson over the weekend.

"The City of Charlottesville will conduct a removal project for its two Confederate statues on Saturday, July 10, 2021," the city said in a press release issued early Friday afternoon. "Preparations around Market Street Park and Court Square Park will begin on Friday, July 9, 2021 and include the installation of protective fencing and the posting of notices identifying No Parking zones."

The city also explained that the Saturday removal will only be of the statues themselves, while the stone bases upon which they currently sit will be dismantled at some unspecified point in the future.

While city officials had long worked to remove the statues, their efforts were temporarily stymied by legal challenges to maintain the monuments in their soon-to-be vacated positions. However, after the State Supreme Court overturned a circuit court decision that had blocked the removal process this past spring, the Charlottesville City Council voted unanimously in June to take the statues down once and for all.

According to the city, the statues will not be destroyed, and will instead remain in a secure location until lawmakers decide their ultimate destination. Already ten unspecified parties have expressed interest in rehousing the statues, after the city counselors put out a public call to "any museum, historical society, government or military battlefield interested in acquiring the statues, or either of them, for relocation and placement" last month.

While the statues' removal will almost certainly be a relief for Charlottesville residents eager to move past this dark chapter in their city's history, it's unclear what, if any, memorials will take their place. In 2017 the city renamed a portion of its 4th Street as "Honorary Heather Heyer Way" to commemorate the 32-year-old victim of neo-Nazi James Alex Fields Jr., who drove his car into Heyer as she and others activists protested the Unite the Right rally.

More like this
Obama is hosting a massive birthday bash with Pearl Jam, for some reason
By Rafi Schwartz
What Madison Cawthorn packs for his flight: Heat
By Rafi Schwartz
Texas official got skewered for calling Simone Biles a "national embarrassment" and now he's sorry
By Rafi Schwartz
Stay up to date