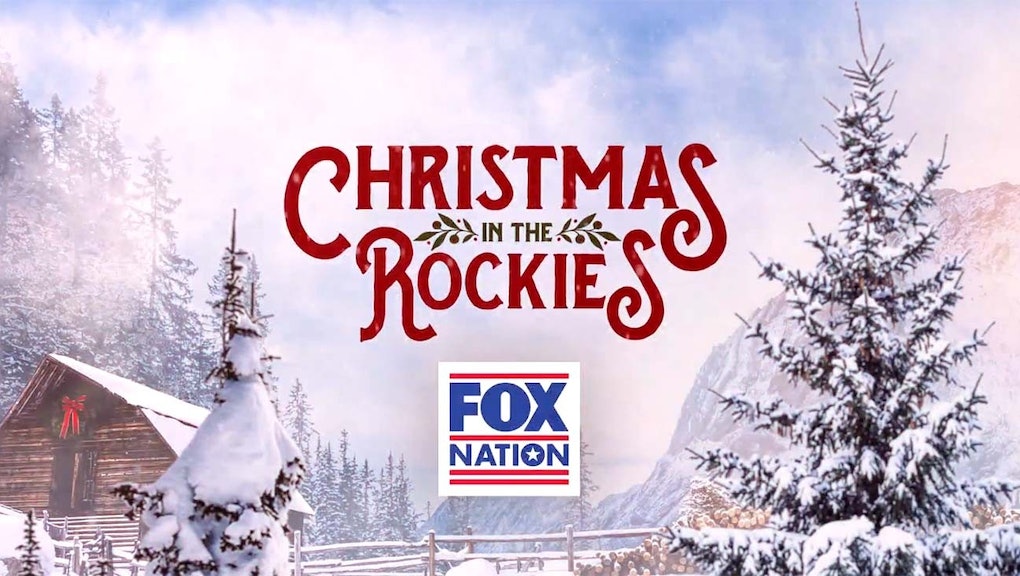 Whether or not they appear on the network, every Christmas movie is a Hallmark Christmas movie now. Netflix has leveraged success and countless sequels from giving its original seasonal films that glossy, but still remarkably chintzy aesthetic. With a fraction of the subscribers and track record for streaming scripted original content, the Fox News streaming service, Fox Nation, has oddly entered the Christmas movie arena.

This Thanksgiving, Christmas in the Rockies will debut on the service. The big selling point for viewers swept up in the Fox vortex is likely cameos from Fox & Friends hosts Steve Doocy and Ainsley Earhardt. For everyone else, well, you’ll just have to read a brief synopsis from the Hollywood Reporter:

“The movie follows protagonist Katie Jolly, who has aspirations to leave her small town for a career in New York City, but ends up taking over the family's lumber business after a relative suffers an injury. There's also a love interest and a storyline involving a lumberjack competition.”

Although that premise is boilerplate stuff for Hallmark or Lifetime original films, a name like Katie Jolly winds up being more of a revelation. In the trailer, which you can watch over here, it promises the essentials for conservative filmmaking: family, faith, romance in unexpected places, and a barely discernible age gap between the daughter, father, and love interest. Doocy and Earhardt appear to make their cameos over the phone from the Fox & Friends studio? The brave can find out starting this Thursday.

It will reportedly join two older holiday films which Fox Nation acquired, Christmas on the Coast and Christmas on the Range. Right-wing culture warriors like Ben Shapiro have long groused about their diminished standing in Hollywood over their politics. But when you put something like the God’s Not Dead franchise or Christmas in the Rockies up against, say, the sustained acclaim for Clint Eastwood, it’s clear the answer is to simply make better movies!

Fox Nation’s dwindling streaming audience, which amounted to roughly 300,000 subscribers back in January, paints a tricky tightrope for a theoretical Trump TV network to scale. Should President Trump make the leap back to television, gaining a large following on streaming subscriptions alone would likely be more challenging than buying up an existing network, like Newsmax or OANN. While these fringe enterprises aren’t bundled into a majority of cable packages, it could present an easier path to get him into more households. In either case, Fox Nation’s newly omnivorous approach opens the door for a Trump channel complete with gaudy scripted and reality content to go with the talking heads block. The family values lumberjack Hallmark knock-off could just be the beginning.