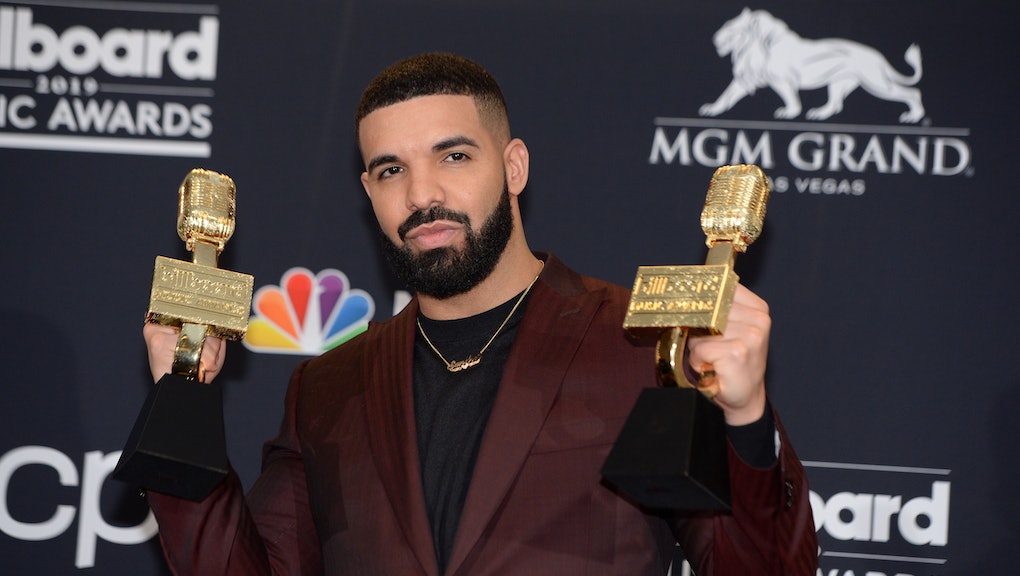 From Drake to Cardi B, the best new music coming this fall

Early in the pandemic, it was easy to forecast a kind of worst case scenario for the music industry. With touring on hold, album delays, and streaming down, you couldn’t imagine a way forward that looked anything like the before times. More than six months later, this still really sucks! Its preservation feels exceedingly untenable, with rampant venue closures and no possibility of stemming the virus stateside anytime soon, while a number of impatient, maskless events forge ahead anyway. Gone are any delusions about things sorting out when the calendar flips to 2021, despite some touring artists still keeping late winter tours on the schedule. In the meantime, new music still trickles out at a rapid pace. There’s a wealth of new albums coming out in 2020, starting with this fall. From Drake, Lana Del Rey, Sufjan Stevens, and more.

Keeping with his now-consistent five year gap between proper albums, The Ascension arrives after the most emotionally taxing work of his career. Carrie and Lowell, an album whose debilitating sadness has been oddly memed to hell, could only be followed with Sufjan’s skittering bombast. The Ascension’s singles gesture in that direction, and stand to align with 2010’s Age of Adz more than anything.

Throttling in with a rare wave of hype for a new indie rock artist, Bartees Strange’s debut full-length feels like the culmination of so many years. The DC artist got his feet wet earlier this year with Say Goodbye to Pretty Boy, a covers EP that genuinely reimagined National songs from a new perspective. Live Forever’s first two singles point to an incredibly varied, ambitious debut. “Mustang” soars and soars for the rafters, peaking with an Antlers nod and breathtaking scream-along outro. But on “Boomer,” the other advance single, we see Bartees glide with ease between his many forms: bars in the verses, bluesy bridge, and the kind of chorus that could’ve been huge ten years ago. Ryan Reynolds is already on the bandwagon, so hop onboard.

When The National bandleader Matt Berninger announced his solo debut nearly a year ago, no one knew about, well, anything this year had in store. His bandmate producing one of the year’s biggest albums, Taylor Swift’s folklore, is certainly one of the more surprising, if least important developments. Berninger’s solo outing’s a bit more expected but no less welcome outlet for his weary baritone. The singles have been trickling out for several months now, but veer a bit closer in spirit to EL VY than his main gig.

The K-pop titans have been at it for four years now, with one of the most powerful fanbases in modern music, but still haven’t put out a proper debut record. With the most forthright title since Todd Terje’s It’s Album Time, they’re set to finally release The Album next month. They’ve primed the pump this summer with a pair of singles, “How You Like That” and the Selena Gomez-featuring “Ice Cream.” Yeah, this one should be a big deal.

Although it’s been four years since the post-hardcore act’s lacerating Stage Four, I don’t think anything’s really come close to its emotional toll in the interceding years. Focused on frontman Jeremy Bolm’s devastating grief and guilt following his mother’s death, that record cut to the bone like little else they’d previously released. The band’s latest stands to forge a more hopeful, forward-looking path while still going incredibly hard.

The best artist with a name super close to Abbie Doobie, Bea Kristi’s project is another one of those bona fide success stories before her first album proper. With a wildly popular single under her belt by way of TikTok virality (“Death Bed (Coffee for Your Head,)” which samples her debut single,) Fake It Flowers is easily one of the most anticipated rock debuts of the season. She’s square in the zone of navigating Phoebe Bridgers and the boygenius crew’s hushed vulnerability, with a firm handle on the anthemic, blown-out rock song.

Prolific to the point of intimidation, Big Thief mastermind Adrianne Lenker returns with two new albums recorded in a Massachusetts cabin, soon after their tours were canceled in March. The pair arrive together next month - one collection of more traditional songs, and an album comprised of loose, acoustic improvisations they collaged at the end of recording sessions. All told, she sought to make a record that “sounds like the inside of an acoustic guitar,” which gives you a sense of how much more hollowed and contained this might feel from last year’s Two Hands. Lenker’s already shared “anything,” another great song that swoops and bends like the falling leaves. She was made for this season.

It’s been such a long year, I don’t even remotely remember why people were mad at Lana Del Rey earlier in the pandemic without looking it up. (After looking: ahh, well.) Nearly a year after Norman Fucking Rockwell!, and Lana’s set to return with another, likely at least partially Jack Antonoff-produced album. While little’s known at this point besides a few stray details - expect songs called “Let Me Love You Like a Woman,” “Tulsa Jesus Freak,” and some screaming - it stands to be a more traditional record than her spoken word release, and should be here soon.

After dining off a Spotify billion-plays plaque, beefing up and shooting around with Steph Curry, all while keeping a steady output of new music, Drake’s due to finally drop another full length in the coming months. His latest single, the decidedly upbeat and breezy “Laugh Now Cry Later,” has been inseparable from the NBA playoffs. There’s truly no such thing as a quiet year for Drake, extending his imperial phase into another decade.

Man, I’m so glad the Invasion of Privacy run wasn’t the extent of Cardi B’s superstardom. After a streak of moderate hits as a lead artist (“Money” and “Press,”) her sensational Megan Thee Stallion collab “WAP” attained a nearly unrivaled level of hype and bad-faith conservative panic. Very few artists can get the worst people in America so fired up, and rope in rap agnostics to the extent that she has. Bring on whatever’s next.